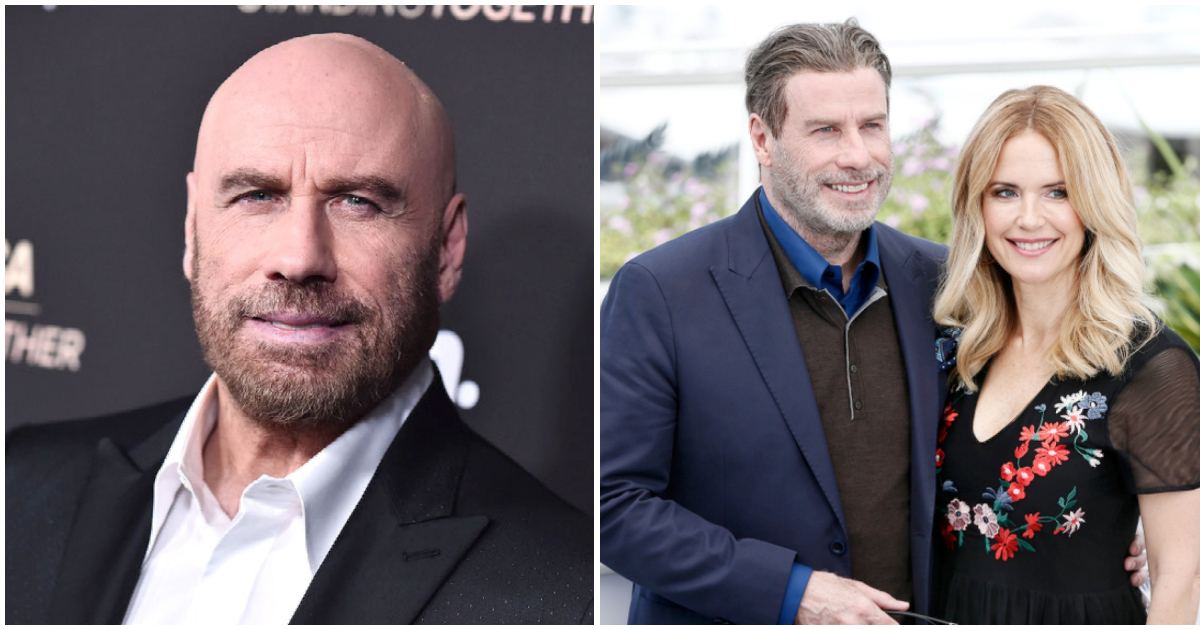 John Travolta has been a beloved actor for decades. From his early breakout roles in Saturday Night Fever and Grease to favorites like Pulp Fiction and Hairspray, Travolta is still a major movie star today.

But his personal life is far from glamorous. The actor has suffered heartbreaking losses in recent years, from the tragic death of his teenage son Jett to losing his longtime wife Kelly Preston to cancer last year.

And recently, Travolta opened up about his grieving process, his family and what the whole ordeal has taught him about life.

‘Only your own journey can heal you’

In an interview with Esquire Mexico recently for their May issue, Travolta talked about how he has grieved for Kelly Preston since she died last July.

“I have learned that mourning someone, mourning, is personal,” Travolta told Esquire Spain.

“Mourning is individual and only your own journey can heal you.”

“This is different from someone else’s journey. The most important thing you can do to help another when they are in mourning is to allow them to live it and not complicate it with yours. That’s my experience.”

Preston died at the age of 57, following a two-year battle with breast cancer that she fought privately. “She fought a courageous fight with the love and support of so many,” Travolta wrote on Instagram.

Travolta is no stranger to grief. In 2009, he suffered an even more tragic death in the family: Jett, his oldest child with Preston, died of a seizure at the age of 16.

Jett was autistic and suffered from Kawasaki disease, and was prone to seizures. His son’s death devastated Travolta.

“It’s the worst thing that’s ever happened in my life,” Travolta told Us Magazine in 2019. “The truth is, I didn’t know if I was going to make it.”

Travolta shared a photo of himself with Jett on April 13, which would’ve been Jett’s birthday — the first since Kelly’s death.

Travolta and Preston have two other children: 21-year-old Ella and 10-year-old Ben.

After his wife’s passing, Travolta said he would be taking time from his career to focus on family, and he’s kept true to his word: His most prominent on-screen role in the past year was a Super Bowl commercial, which also starred his daughter Ella.

The ad gave Travolta a chance to bust out some of his famous dance moves, and have some fun with his family.

“It was magical, because there is no one in the world with whom I wanted to dance more than with my daughter Ella,” he told Esquire.

“It worked on so many levels! First, as a unique piece of entertainment that people enjoyed watching; second, it allowed me to introduce my daughter to the whole world on a huge stage, show her talent and beauty; and it also became a beautiful tribute to his mother.”

Travolta said that he’s looking to help his kids as much as he can.

“I will ensure the future of my children, help them with what they want to do with their lives,” Travolta said.

With everything going on in his life, from dealing with so much loss to seeing his kids grow up and pursue careers of their own, Travolta, 67, also mused on what his own life legacy will be.

“The legacy is created by all the people who have loved and helped me over the years,” he told Esquire. “Life is movement and a journey; what you leave behind in people, I guess that’s your legacy.”

“How they interpret my life will be different for each one. And that’s okay, because that will be me.”

We’re so sorry for everything the Travolta family has been through lately, but we’re glad John is doing well and has found some peace in the mourning process.