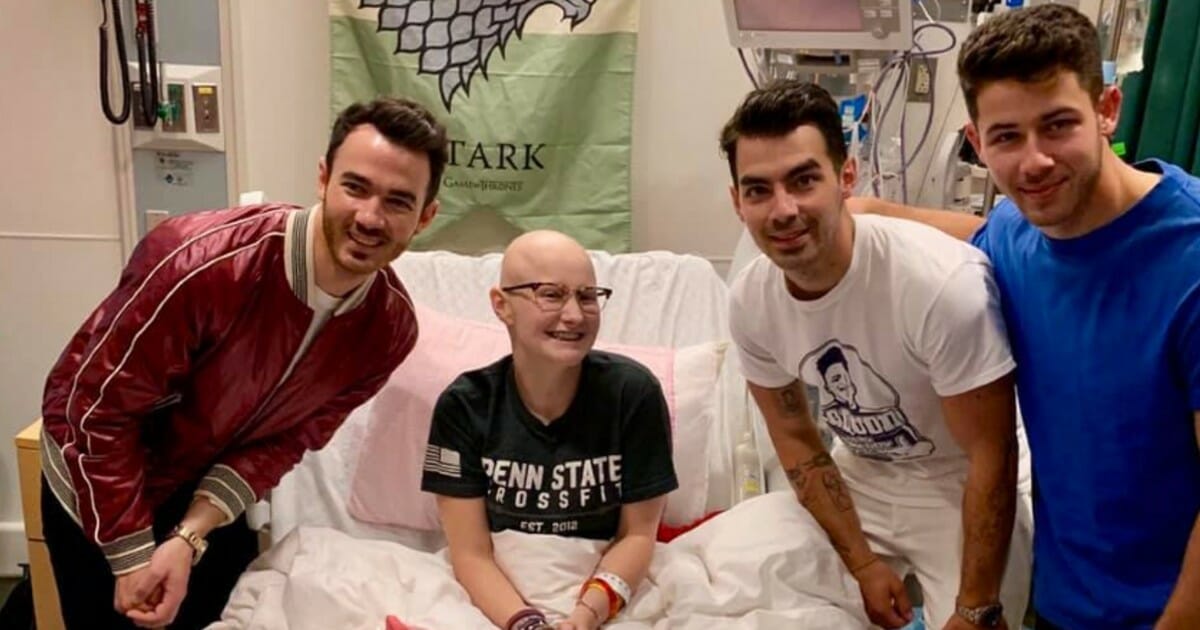 Lily Jordan had hoped to see the Jonas Brothers during their concert in Hershey, Pennsylvania, but according to PennLive, the teenager needed an “urgent chemo session.”

She took to Instagram and mentioned how chemotherapy was preventing her from attending the concert. She tagged the trio and jokingly said she’d be more than willing to give them her room number if they felt like visiting the hospital before their show.

“A gal can dream!” she captioned the photo.

After she shared her photo, many, including U.S. Congressman Scott Perry, took to social media to spread the word. And it worked. Kevin, Joe, and Nick, along with Nick’s wife, Priyanka Chopra, surprised Lily at Penn State Children’s Hospital.

“We saw your message, we had to come over,” Joe said in a video shared on Facebook by the hospital.

A gal can dream! #lilyseesthejonasbrotherschallenge2019 #survivingandthriving #thesunwillriseandwewilltryagain PS the amount of love and support I started feeling as soon as I posted this on my story made my heart so full and warm it’s all because of you guys so thanks because y’all are the best ever ??

The group chatted, signed autographs, and took pictures, all something that was made possible thanks to social media. The brothers even asked Lily what her favorite song was so that they could dedicate it to her during their show.

The teen, who has battled osteosarcoma twice and lost her left leg due to the rare type of bone cancer, thanked the Jonas Brothers for showing her kindness and taking time out of their schedule to visit her in the hospital.

“Literally made my life,” she wrote.

Such a happy moment for Lily! I’m so glad the Jonas Brothers showed up and surprised her during a difficult time.

Pass this along to spread a little joy.