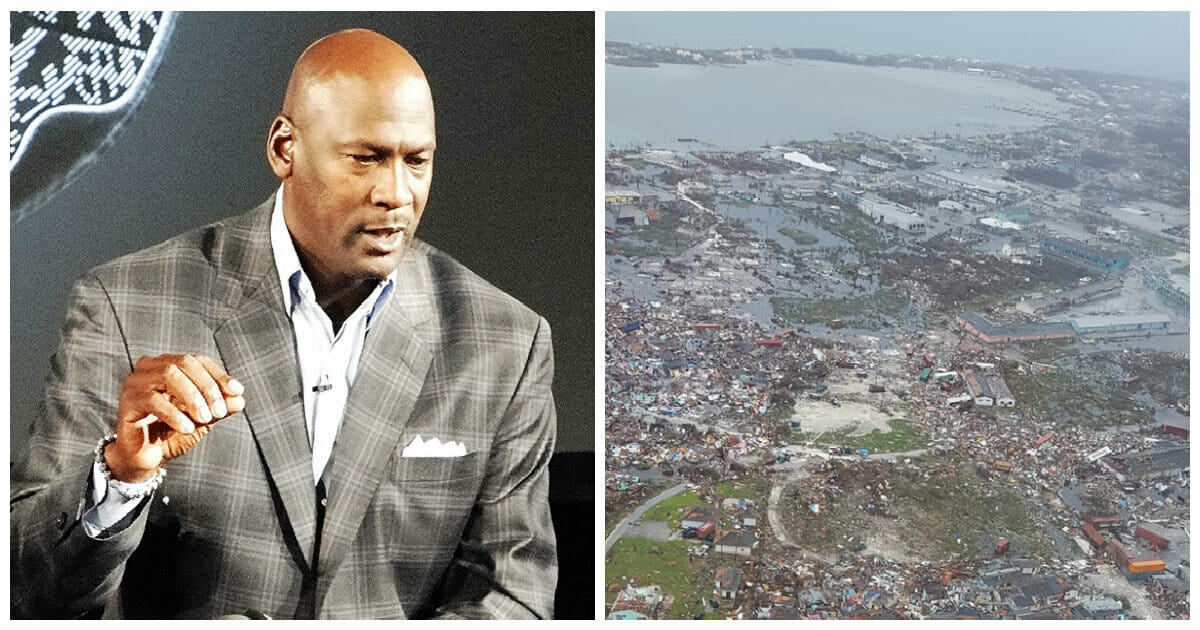 Many areas are still recovering from the damage of Hurricane Dorian last week, but no area was hit as catastrophically as the Bahamas. The storm left 45 people dead and about 70,000 people homeless, according to CNN.

? UTTER DEVASTATION | Abaco island in the Bahamas is destroyed. This heartbreaking image shows the path of destruction…

The islands have been left with widespread damage that will require a long recovery process, but luckily people have been stepping up to help, like shipping supplies and generators.

But now one celebrity has stepped up to help in a major way: Michael Jordan has pledged one million dollars to the hurricane relief fund.

For the NBA legend, the destruction to the Bahamas struck personally due to his own connection ot the islands. On September 10, he released a statement via his manager Estee Portnoy.

“I am devastated to see the destruction that Hurricane Dorian has brought to the Bahamas, where I own property and visit frequently,” Jordan said in the statement.

“My heart goes out to everyone who is suffering and those who have lost loved ones.”

Other corporations and celebrities have pledged their support to the Bahamas, including several cruise lines. But it’s remarkable to see a million dollar contribution from one individual.

Jordan says he will give the money to non-profits aiding the Bahamas: “As the recovery and relief efforts continue, I will be tracking the situation closely and working to identify non-profit agencies where the funds will have the most impact,” he said.

Jordan is widely regarded as the greatest basketball player of all time, having won six championships with the Chicago Bulls. He’s gone on to become the highest-paid athlete of all time from his brand and endorsements, with a net worth of $1.9 billion.

But it’s clear that he can be just as great off the court, and put his money to great use to help people in need.

“The Bahamian people are strong and resilient and I hope that my donation will be of help as they work to recover from this catastrophic storm,” Jordan said in his statement.

Hopefully more celebrities “Be Like Mike” and make a pledge to help the Bahamas. Share this good news!