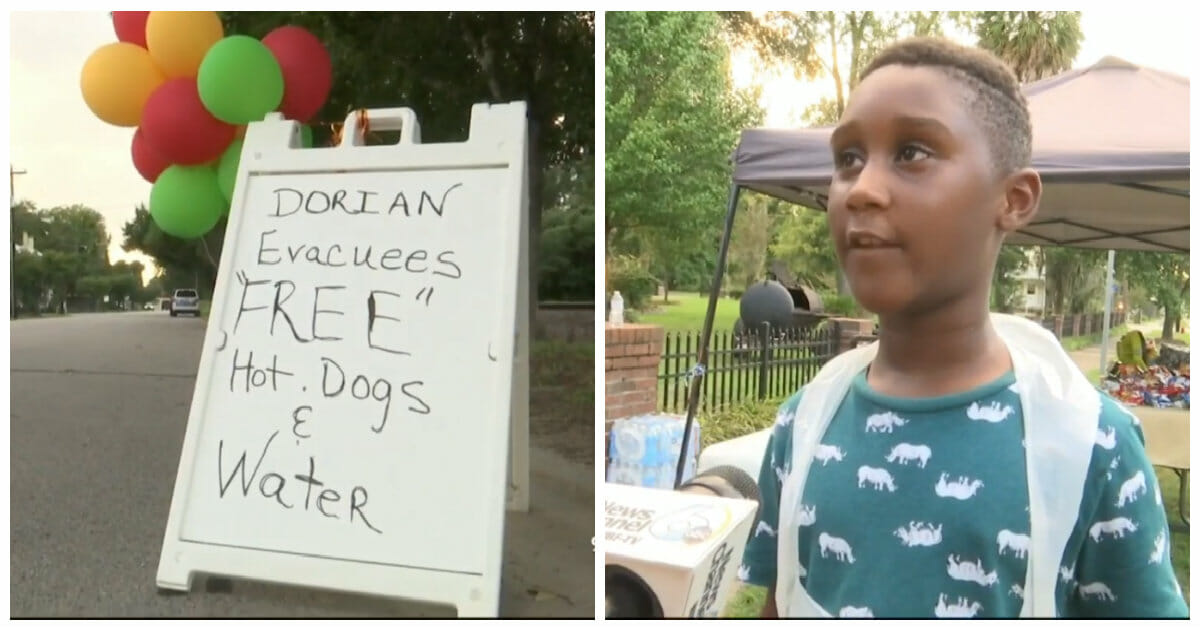 Countless people have been affected by Hurricane Dorian this week. After causing massive damage after striking the Bahamas, the storm has made its way to the southern United States, and many people in its path have had to evacuate their homes to escape danger.

While victims of the hurricane try to remain safe and seek shelter, others have stepped up to help them out through donations. But one young boy has found an inspiring way to comfort the storm’s refugees, sacrificing his own money to do so.

Jermaine Bell is a 6-year-old boy from Allendale, South Carolina, who will celebrate his 7th birthday on September 8. He had plans to spend his big day in Disney World, and even saved up his own money for the trip.

But plans changed as Hurricane Dorian approached. Not because the storm prevented him from going to Florida, but because he chose to put the money to a better cause: he decided to set up a free hot dog stand for evacuees.

“The people that are traveling to go to places, I wanted them to have some food to eat, so they can enjoy the ride to the place that they’re going to stay at,” Jermaine told WJBF.

“I wanted to be generous and live to give.”

The boy stood alongside a highway in his town, giving out free hot dogs, water and chips to people driving by. He bought all the food with his birthday money.

The free food was no doubt a welcome gesture for the evacuees, a comfort as they leave their homes and possessions behind to face the hurricane.

But Jermaine did more than offer some comfort food—he was seen praying with two visitors that their house would be okay.

While Jermaine selflessly gave up his birthday savings to help these people, he’s still hoping to go to Disney soon and get his big day back on track, telling WJBF that he wanted to “go to Animal Kingdom and see lots of lions and have a Lion King party.”

A few days after we reported this story, it got the happy ending this boy deserved.

As news spread about Jermaine gave up his Disney World savings, apparently word got to the right people. While he was giving an interview to Good Morning America, some special guests surprised him.

It was a group of Disney World employees, surprising him with a trip to the park! 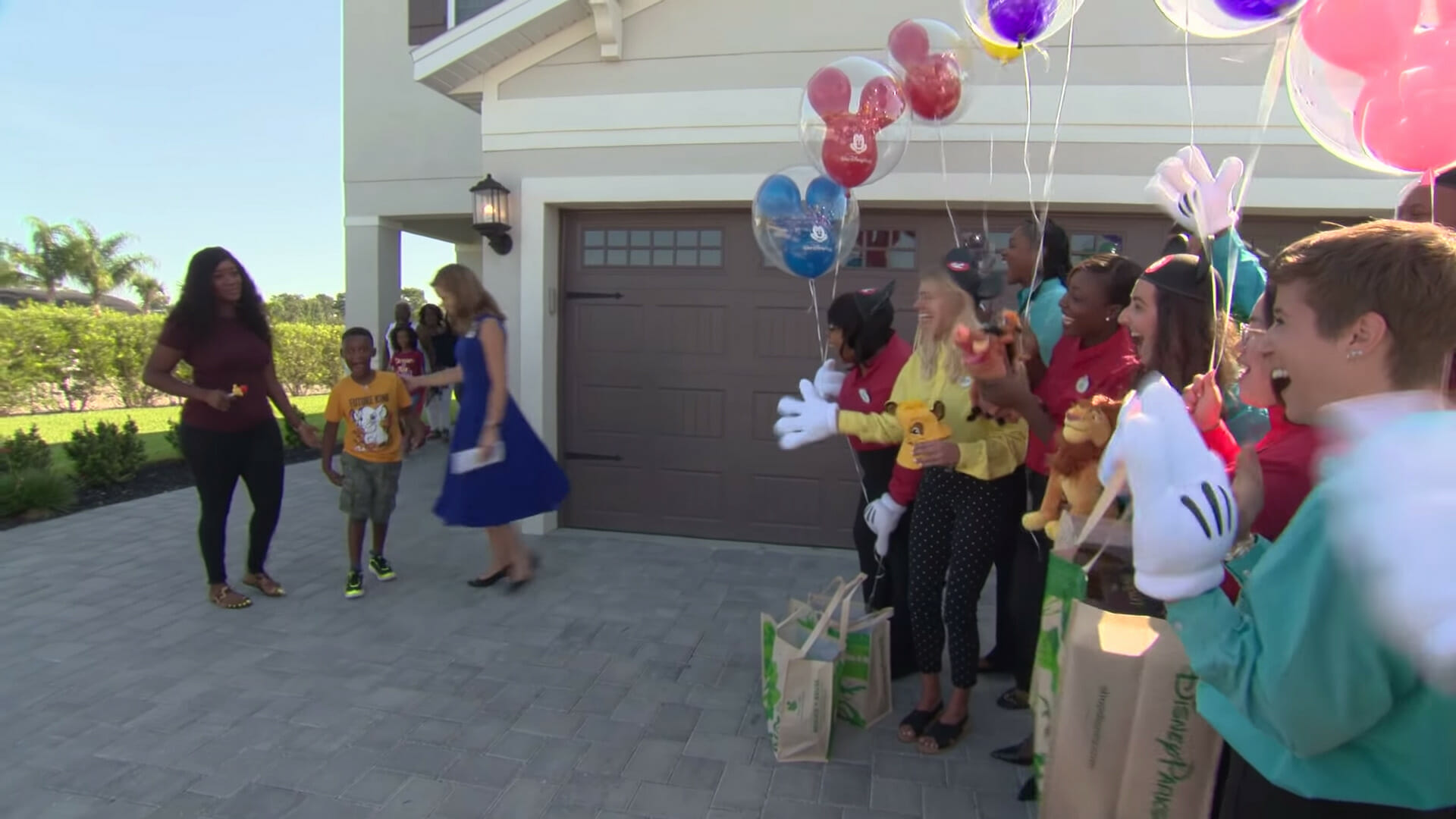 Jermaine was shocked. He would get his birthday wish after all.

He even got a visit from Mickey Mouse himself. “When Mickey came out, I was just really happy,” he said in a video posted by Disney Parks.

“I’m really excited, because I’ve wanted to go to Disney a long time.” 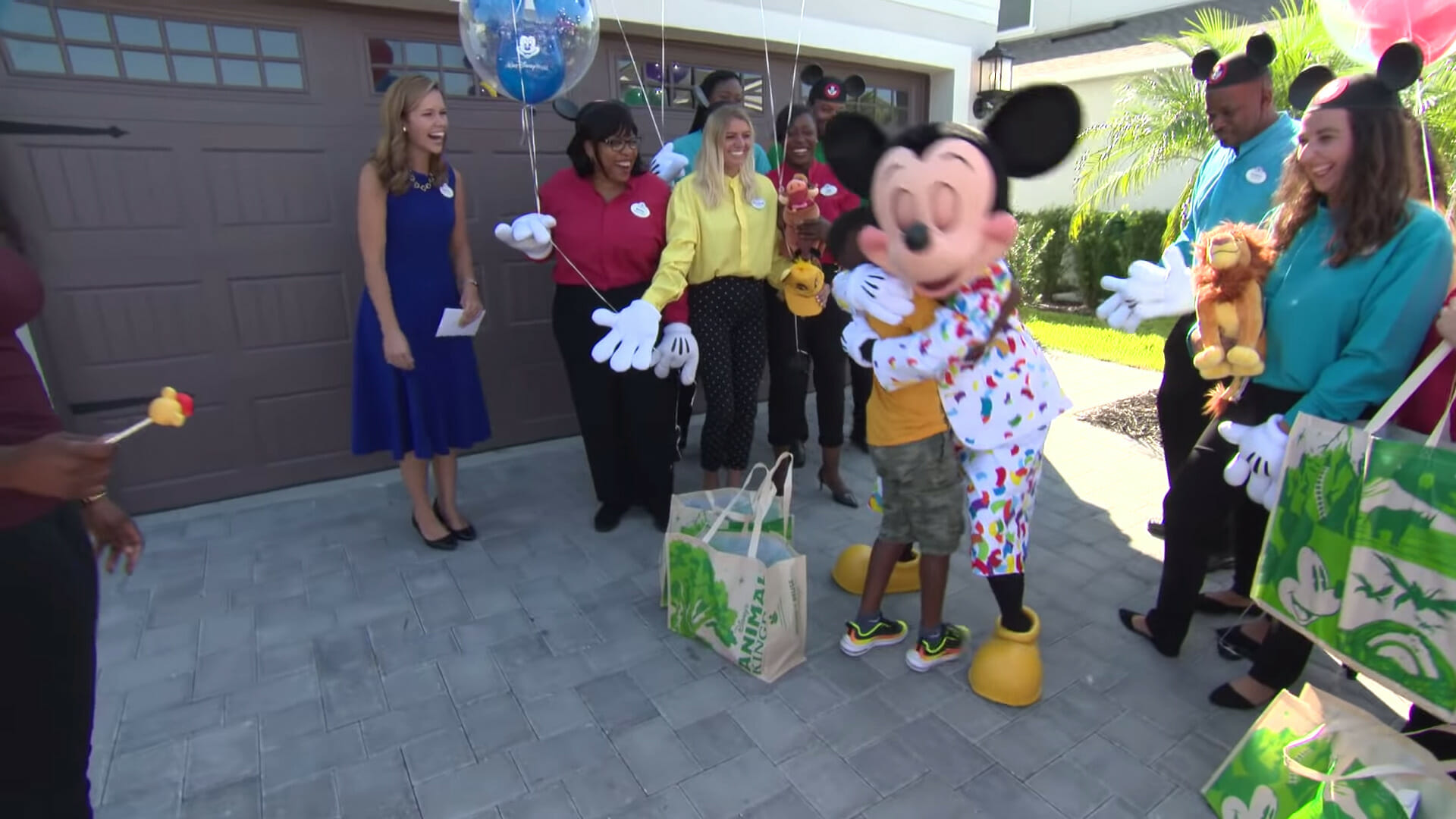 “Never in a million years could we have imagined anything like this from him, just coming up with an idea to help someone else,” his mother Lauren Creech said.

“It really does instill in him that when you do good, good comes back to you.”

Jermaine clearly did learn the right message in all this, as he shared his words of wisdom with Disney: “Be strong, and if you do good things you will be rewarded.”

Stories like this are a light in the darkness in the wake of Hurricane Dorian, and show how selfless deeds are sometimes rewarded in a big way. Share this uplifting news!