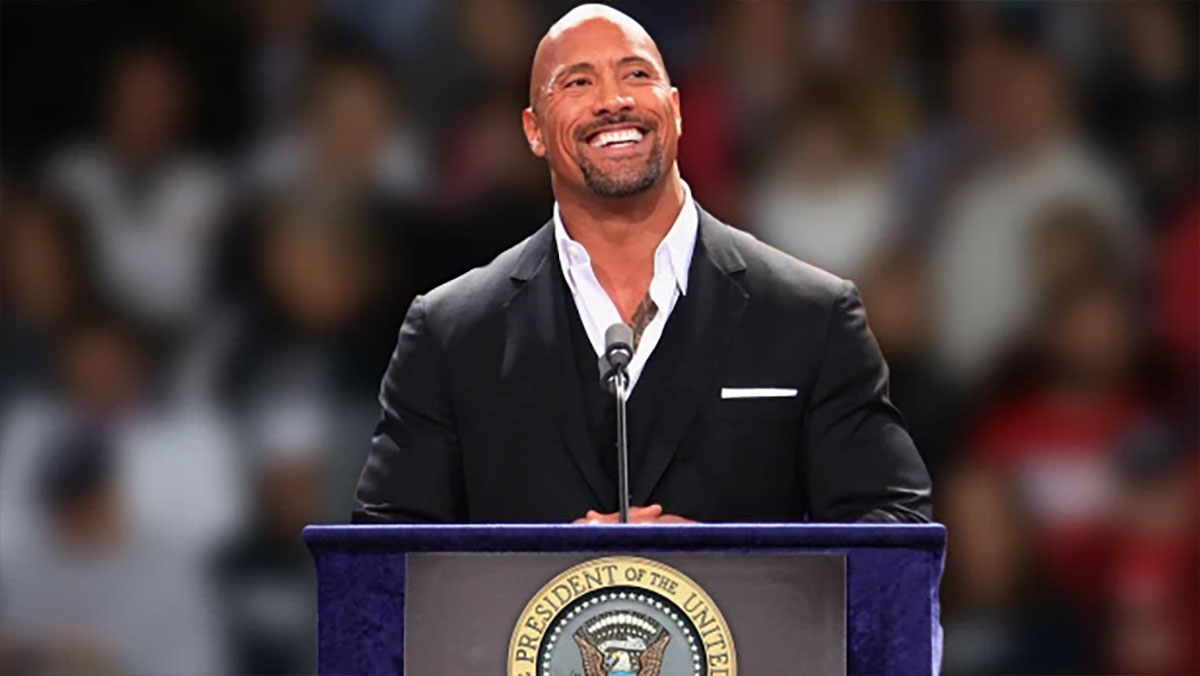 He’s everyone’s favorite celebrity – Dwayne ‘The Rock’ Johnson can do no wrong; to all he’s a doting dad, devoted husband, and movie star.

The level of adoration even extends to many asking him if he’d consider running for president to which he has expressed an interest, but stressing only if it’s what the people want.

Well now some Americans have had their say and nearly half of them do want to see the movie star as president, according to a new poll.

At least 46 percent of Americans would support The Rock’s presidential run, as per a poll published by Piplsay on April 6.

The 48-year-old Jumanji star and retired wrestler told USA Today in February that he would “consider a presidential run in the future if that’s what the people wanted.”

He added: “Truly I mean that, and I’m not flippant in any way with my answer,” but stressed it would be up to the people adding: “So I would wait, and I would listen. I would have my finger on the pulse, my ear to the ground.”

Johnson made the previous comments while promoting a new NBC series based on his life called “Young Rock”, where, in the year 2032, he launches a presidential run.

This latest online poll which asked 30,138 U.S. adults between April 2 and April 4, also found that 63 percent of Americans believed Hollywood stars could make good politicians if they have “the right attitude and support staff”.

Twenty-nine percent said they want to see both Johnson and fellow Hollywood actor Matthew McConaughey who is considering a shot at becoming Texas governor, run for office.

Another 17 percent said they’d like to see only Johnson in the White House one day.

Speaking in 2017 Johnson told GQ that a future presidential bid on his part was a “real possibility”, adding that “the most important thing right now is strong honest leadership from our current and future leaders of this country’.

In 2018, The Rock told Vanity Fair that he had indeed considered running for presidential office in 2020 but had ultimately decided against it saying: “It’s a position that requires years of hard work and experience to learn the skills.”

Would you like to see The Rock in the White House or another celebrity? Let us know your thoughts in our comments section and share this story.