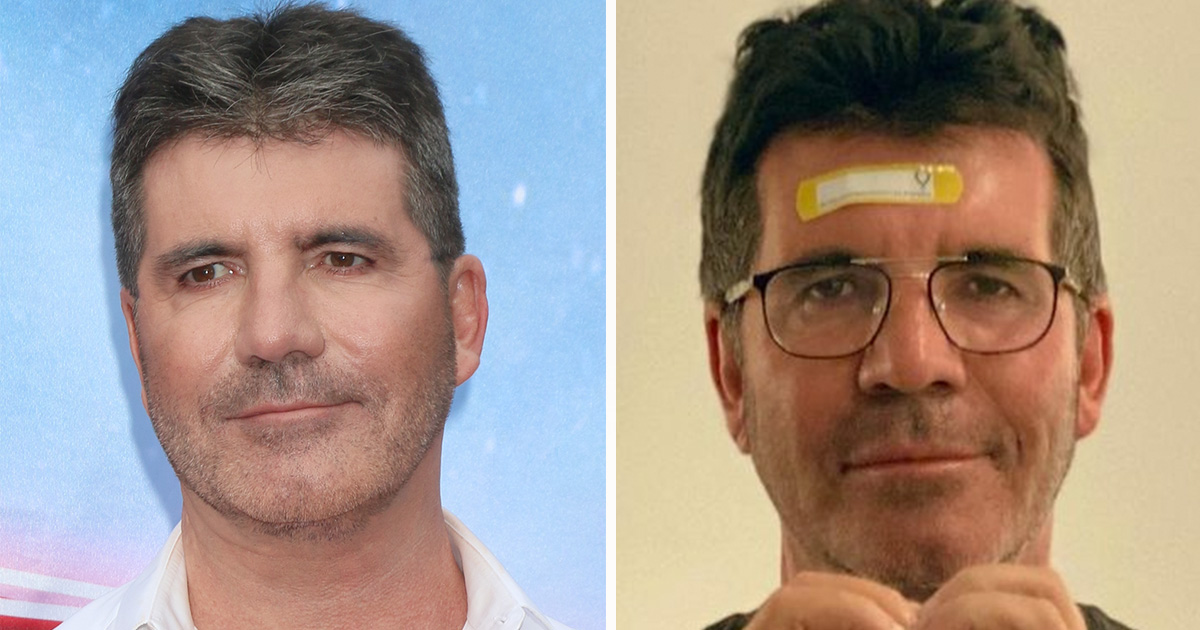 Simon Cowell suffered a horrific injury when he fell of his electric bike at his Malibu home. The music mogul underwent a six-hour surgery, and the recovery has taken plenty of time.

Now, Cowell is doing all he can to get back to normal. And his new, impressive, daily workout routine is really something else!

Simon Cowell was born Oct 7, 1959 in the borough of Lambeth in London, England. He had a middle-class upbringing at his parents’ house in Elstree, a suburb which had a famous film and television studio. Simon grew up literally beside the show business world which he would conquer in later life.

Simon wasn’t overly fond when it came to school. He was sent to boarding school in Dover, England, but he never liked it, and the teachers wouldn’t tolerate his behavior at all.

At 16, he got suspended and left the school. Later in life, during an appearance on a British TV show, he was handed one of the letters he sent home to his parents at the time.

“Dear Mum and Dad, I hope you’re happy to have finally got rid of me”, Cowell wrote according to Daily Star.

“I also hope you’re happy in your centrally heated warm house and you have a lot to eat, because I’m lying in a dormitory which has icicles on the inside, and there is nothing to eat. I’m freezing cold and hungry. I hope you’re finally satisfied. Simon.”

Today, Cowell can laugh about the whole experience of attending boarding school.

“I’m glad I went through it. I was bored, I kind of knew I’d learnt everything I needed to learn; I could add up, I could read English, I could write, whatever,” he said.

“Every time I was sitting in chemistry lessons with stupid Bunsen burners and stuff, I thought, ‘I’m not going to do that when I’m 30.’ I’d get bored and I’d get frustrated and I couldn’t wait to leave.”

First job in the music business

Well, safe to say that he wasn’t doing that when he turned 30.

Cowell’s father was on the board of directors for the famous record label EMI, where he was in charge of the company’s property division.

Following Simon dropping out of school, he needed a job. His mother Julie saw an ad for a job in the EMI mail room, and he later got the job. His father was then able to re-hire him as an assistant, where his responsibilities were to find new talents and develop artists.

Simon Cowell continued moving up the ladder and eventually left EMI in the late 1980s. He started his own, independent, music label E&S Music, but it wasn’t successful at all and he had to shut it down. In 1985, however, he decided to give it another try and formed Fanfare Records. This time, things turned out differently.

At least for a while.

He signed and found success with several artists, but four years later, the show was over. Cowell was left bankrupt and deeply in debt by the time he had to close the company down.

He moved back home to live with his parents; something that could’ve broken anyone. For Simon Cowell, though, it was a “relief”.

“Everything went – my house, my Porsche, all the things I thought were important,” he explained. “I had nice food every night at home. I was quite happy, really.”

Simon never abandoned his dream of working in the music industry. Next up, he founded S Records Label, and signed boybands like 5ive and Westlife. He also signed artist Jerome, who recorded the Righteous Brothers’ hit Unchained Melody in 1995, which turned out to be a top-selling single.

He later founded another label, signing classic groups like Il Divo, but it was the talent shows that would take him to the next level.

“My talent is for creating things the public will like,” he explained. “I’m interested only in making money, for myself, and the people I work for. I mean, that’s absolutely the only criterion I attach.”

In 2001, the world of entertainment would witness the birth of a new entity. Together with Spice Girls manager Simon Fuller, Simon Cowell created the program Pop Idol, on which he starred as a judge. The show became a smash-hit among the viewers, and Simon a mega-celebrity overnight.

His tight T-shirt and now classic catchphrase, “I don’t mean to be rude but,” became a trademark, and just a year later, Fox picked up the show. It was headed for the US, and Simon all of a sudden became a celebrity across the Atlantic.

The first season finale – which Kelly Clarkson won –  attracted more than 26 million viewers, and Simon quickly understood that there was a huge amount of money to be made.

Simon became a multi-millionaire in just a couple of years. The talent shows including X Factor and America’s Got Talent generated huge amounts of money for him, as well as other record companies, and in 2006, he got a new deal.

Cowell remained a judge on American Idol, for which he got around $36 million dollars per series for another five years. At the same time, he also signed a three-year “golden handcuffs” deal with ITV worth around $35 million.

In more recent times, though he still works hard with several of his businesses, Simon has become a family man as well.

In 2013, he and his girlfriend Lauren Silverman announced that they were expecting their first child. On Valentine’s Day of 2014, they welcomed their son, Eric.

Cowell’s family are living their best life, but at the same time, Simon has had several problems with his health.

Simon Cowell’s undergone an incredible health journey over the last couple of years. And the result is nothing less than incredible!

In just 12 months, Simon’s lost 56 pounds. And the COVID-19 pandemic – and its accompanying lockdown – hasn’t given him any excuse to pile the weight on again.

Simon Cowell has been doing great with his incredible health journey. However, last year, the music mogul was involved in a serious accident.

Cowell was “doing” fine following the six-hour surgery, which included placement of a metal rod. Things really could’ve turned out way worse than it did.

It forced him to miss the beginning of the season’s live show America’s Got Talent.

Even though his message seamed calming for his fans, things weren’t really as good as he might’ve said.

“I was thinking, ‘I’ve got to get back into the house because I can’t lie there’, and made myself kind of get carried into my bedroom, which is right there at the beginning of the house, and I’m lying there and I’m kind of passing out… It was surreal,” he said.

Simon Cowell was said to have testing the new electric bike with son Eric. And the hardest part for him was recovering from the accident at home, which he thought was embarrassing to do in front of his son.

“I was so embarrassed about coming home looking about 100 because I couldn’t walk, and I have these metal rods in my back and these screws,” Cowell explained. “I said, ‘Lauren, I just don’t know how to explain it to Eric.’ She obviously said something to him because he came in and I was lying in bed and he said, ‘Daddy, you’re like Ironman,’ and I thought that was the sweetest thing and it meant a lot.”

Recovering from the accident has taken some time. However, it also has shown us all that Cowell is very determined, doing all he can to get back to normal.

And he’s done it in a very impressive way.

According to Daily Mail, Simon Cowell has been walking over 40 miles each week to help him recover from his injury. He holds business meetings every morning, and walks for several hours each day. The music mogul sure is doing everything he can to get back to normal, and others are also impressed.

Cowell hasn’t worn trainers as much as he does now for over 20 years, a source told Daily Mail.

At the same time, Cowell will soon be back working as well. The Sun reports that he’s set to start filming the new season of America’s Got Talent soon.

“Simon can’t wait to get back to doing what he loves. He’s been focused on his return for months,” a source told the news outlet.

To recover from both falling down the stairs as well as the horrific back injury shows us how much Simon Cowell cares about himself. He is a true fighter, and an inspiration for many of us!

Even though we get kicked down, it’s all about standing up once again – and we will always prevail.

Please, share this story on Facebook with friends and family if you’re also impressed by Simon Cowell’s determination. We sure are!