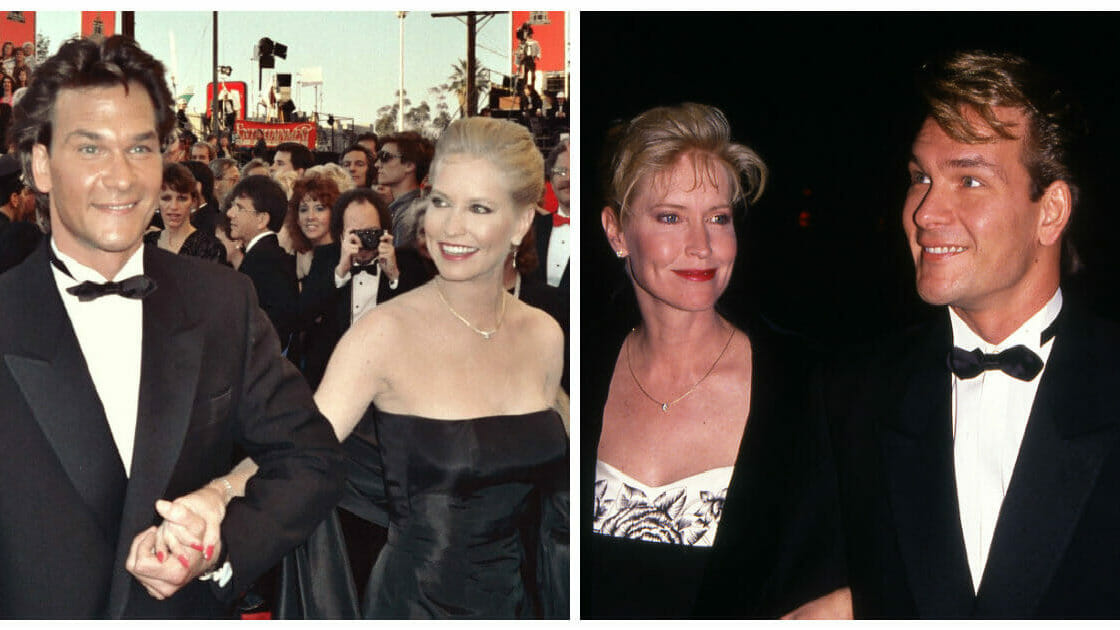 Fans are still mourning the late Patrick Swayze, who left us all too soon when he died ten years ago at the age of 57 after a battle with pancreatic cancer.

One of the most iconic on-screen heartthrobs of the ’80s and ’90s, Swayze is best remembered as the romantic lead in classics like Dirty Dancing and Ghost.

But he was a romantic in real life as well, and had a love story better than any of his Hollywood movies: he was married to his wife Lisa Niemi for 34 years until his death in 2009.

In the years since, his widow has opened up about her final days with Swayze, including the last words he said to her before his untimely passing.

Niemi spoke about her marriage this year for the documentary I Am Patrick Swayze, which aired in August—on his birthday, and just short of the ten-year anniversary of his death in September.

She met Swayze before he was famous. They tied the knot in 1975, four years before the actor’s film debut. They first met as teenagers when Niemi started taking dance lessons from Swayze’s mother.

“I was 14 years old when I first laid eyes on him,” Niemi wrote in her memoir Worth Fighting For. “Patrick was tanned, buff, had a dazzling smile and a reputation as a Casanova.”

Their blossoming romance was like a real-life Dirty Dancing:

“The first time Buddy and I danced together was at a school exhibition,” Niemi recalled in the documentary, according to ET. “We walked out on stage… I looked in his eyes, it was like everything came alive.”

The couple remained happily married throughout Swayze’s incredible success in Hollywood. He was a sex symbol for women around the world and named “Sexiest Man Alive” by People Magazine, but still remained loyal to his wife.

But after 30 years of marriage, the couple got devastating news when Swayze was diagnosed with stage IV pancreatic cancer.

Despite the grim diagnosis, Swayze fought through it for a long time, even continuing to work on set. His wife was by his side every step of the way:

But by September 2009, it was clear Swayze didn’t have much longer. He became too weak to continue chemo.

“I had to let go or it would have shredded my heart,” Niemi wrote. “As it was, my heart was shredded anyway. I felt as if I had failed. The only way to bear it was to keep reminding myself that this wasn’t about me. It was about our love. I had to let go.”

Niemi stayed by her husband’s side in his final hours, and can still recall the final words they shared to each other:

“I lay back at Buddy’s side, I held his hand and felt his pulse again… And then he didn’t breathe any more.”

Swayze died on September 14, 2009. Fans everywhere mourned his death, but no one could possibly miss him more than his beloved wife.

Ten years after his death, Patrick Swayze lives through his iconic film performances… and in the hearts of his loved ones who still miss him every day.