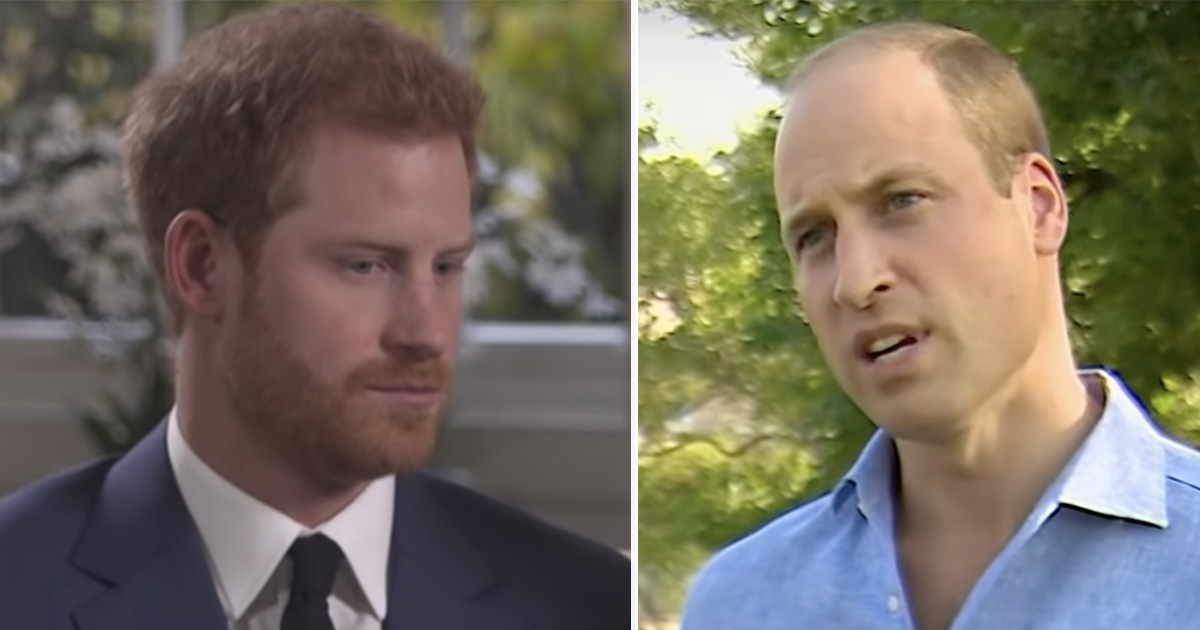 Prince Harry attended the weekend funeral of his grandfather Prince Philip without his wife Meghan Markle. She stayed in the US as she’s preparing to give birth to the couple’s second child this summer.

The frosty relationship between Harry and William has been front page news all over the world. Yet prior to the funeral, it seemed as though the brothers had started talking in a bid to restore some semblance of peace.

Harry reportedly met with both Prince Charles and William to discuss things related to the infamous Oprah Winfrey interview. Sadly, though, new reports suggest Harry didn’t take the talks well, as he felt ‘ambushed’ by his family.

Though Harry’s relationship with William isn’t good right now, the current climate is not one for in-fighting. All members of the Royal Family were on board with the fact that the past week all about showing Philip respect and honor, and the time to mourn him in the way that he deserved.

Even though the funeral itself was a very sad occasion, the timing of Harry meeting his family again couldn’t have been better, according to royal expert and author Penny Junior.

“My hope is that if something good can come out of the Duke’s death it will be that it brings the family together. But clearly there is a lot of hurt there on all sides, and I imagine they will all be feeling apprehensive about seeing one another again,” she said days before the funeral.

Earlier in March, the Queen reached out to Harry to try and help in the rebuilding of their relationship. Then, just days before the funeral, Harry reached out to family members himself.

According to Mirror, Harry called his father, his brother and cousins Princess Beatrice and Princess Eugenie after arriving from California. A source told the news outlet that they were actively trying to put aside all tension and issue.

Now, most onlookers will have noticed that Harry and William weren’t walking shoulder-to-shoulder behind Philip’s coffin at the funeral on Saturday.

According to several news outlets, Queen Elizabeth had ordered Prince Harry and Prince William not to walk beside one another in the funeral procession behind Philip’s coffin. They were instead separated by their cousin Peter Phillips, who went in the middle.

Didn’t want to stand next to Harry

However, new information from the British press now says that it wasn’t the Queen’s decision at all. Rather, it was William who requested that Peter be placed between him and Harry.

So, Harry and William entered St. George’s Chapel with Peter walking between them. Unsurprisingly, the atmosphere between the brothers was pretty frosty once inside as well.

Sitting together with wife Kate Middleton, directly opposite Harry, William didn’t appear to make eye contact with his younger sibling one single time. Instead, he focused his gaze at Prince Philip’s coffin, as reported by the Daily Mail.

Prior to the service, Harry had been staying just minutes away from William’s house. Even so, they didn’t spend any time together.

Sources told the Daily Mail that people close to the Royal Family had been ‘walking on eggshells’ the entire week. In the immediate aftermath of the funeral, there then appeared to be a big sigh of relief since the brothers were actually seen speaking to one another.

The fact that the two brother’s spoke following the funeral shows that there is perhaps a glimpse of hope that their bond will prevail. This, in turn, might give Harry and William a fresh start.

“This could have been a moment of risk, instead it allowed us the first glimpse of the possibility that somehow William and Harry can put their bitter split behind them and rebuild that once whisper-close bond.”

As per fresher reports, a senior royal insider claims that Charles, Harry and William met on Saturday following the funeral. Even so, according to royal expert Angela Levin, Charles wasn’t planning on taking Harry’s side at all after his interview with Oprah.

In fact, Levin claims Charles is planning to “ditch” Meghan and Harry from the Royal Family once he becomes the king.

Yet talks between Charles and his two sons appear to have taken place. From the outside, it looked as if they were starting to understand each other, at least in so far as where they stand on the current situation.

However, that perhaps is not the case, as Harry reportedly didn’t enjoy their meeting at all.

On the contrary, Harry was ‘outraged’ about the meeting. It turns out that the two-hour sit-down at Windsor Castle following the funeral of Philip was unscheduled, and that Harry felt “ambushed” by his father and brother.

The same source says that William and Harry had some contact before the wedding, however, it was more “texts than calls,” and their first attempt at patching up their relationship was a failure.

Following on from that, Saturday’s conversations between the two and Charles was “unproductive”.

Meghan Markle, as already mentioned, stayed in the US because she’s “been advised by her physician not to travel”. She and Prince Harry are expecting their second child this summer.

It could be, though, that even that might not be the whole truth, at least according to the Daily Mail.

Meghan stayed in the US

According to an insider with close ties to Meghan, she didn’t travel with her husband to the UK because of the whole situation following the Oprah interview.

“Meghan said her main concern right now is supporting Harry. She said she left it up to him as to whether or not she would attend the funeral,” the source told DailyMail.

Her friend says she stayed in the US because she didn’t want to be “the center of attention”.

“Like Harry, [Meghan’s mother] is very protective of Meghan and doesn’t want to see her putting her own health at risk. Stress is the last thing Meghan needs right now,” the source said.

According to Radar Online, Harry didn’t want to make amends without Meghan present.

Kate Middleton wants to be left outside

“Harry and Meghan think they are coming to the table in a position of power and they have nothing else to lose,” the palace source says.

If speculation is to be believed, Harry and Meghan want to be part of the entire process of fixing the relation with the Royal Family. One who doesn’t want to be involved is William’s wife, Kate Middleton, who appears to have an even worse relationship with Meghan than William does with Harry.

The beef between the two women started years ago, but the breaking point for Kate is said to have been the comments made to Oprah.

In the interview, Meghan addressed reports of her and Kate having feuded, and said that Kate made her cry at her wedding dress rehearsals. Eagle-eyed reads will know that it had previously been reported that it was Meghan who made Kate cry, not the other way around.

“And I don’t say that to be disparaging to anyone, because it was a really hard week of the wedding, and she was upset about something,” Meghan Markle said.

“But she owned it, and she apologized and she brought me flowers and a note apologizing.”

This is said to have made Kate Middleton angry, with a US Weekly source saying that she and her husband William were “in total shock” after hearing Harry and Meghan’s claims.

Another source said that Kate will “never forgive Meghan for throwing shade at her.”

While the feud within the Royal Family continues, Kate Middleton won’t be a part of negotiations at all.

“Kate wants what is best for her husband and the royal family. She loves Harry but doesn’t get involved in this sort of stuff,” the family insider told Radar Online. “It isn’t Kates place to decide which family members get titles and money.”

What do you think of the rumours that Harry won’t talk without Meghan by his side? And do you think they ever will reunite with the Royal Family?