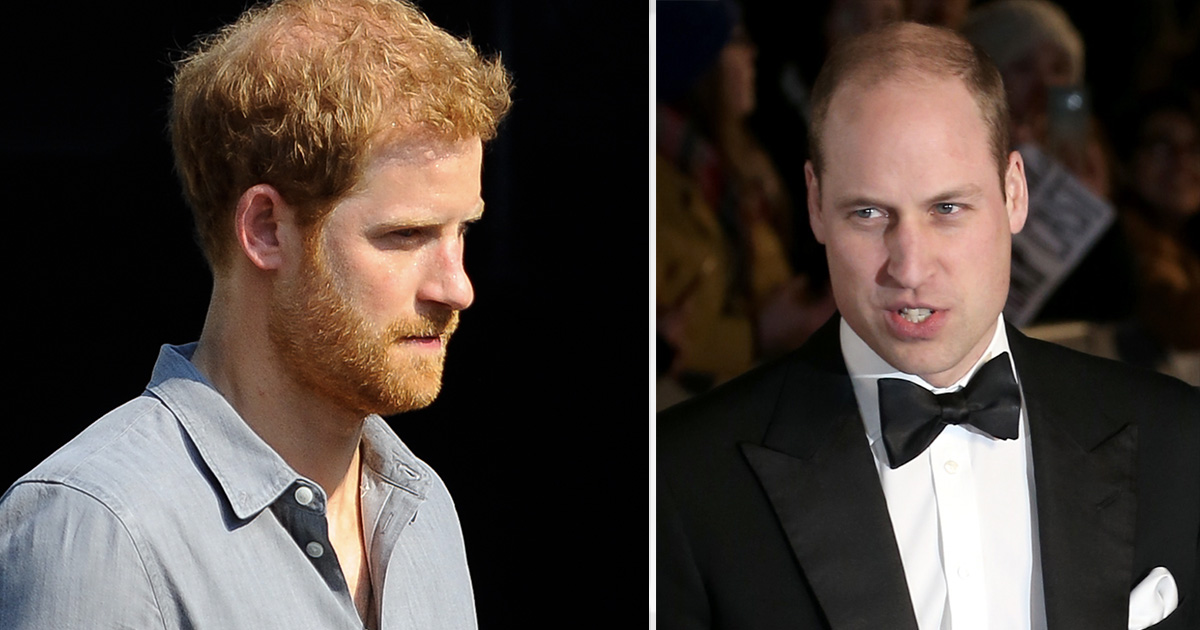 It’s safe to say that the bond between Prince Harry and his brother Prince William has seen better days. Not only was William upset at his brother leaving the Royal Family, but the interview that Harry and Meghan did with Oprah made things worse.

William reportedly said that Harry decided to choose “fame over family”, though there is still hope that the brothers may yet repair their relationship.

As it turns turns out, Prince Harry is said to have one last chance to prove that he wants to patch things up.

The now-infamous Oprah Winfrey interview changed a lot of things for both Meghan and Harry, including their relationships with several members of the British Royal Family.

Not only were there the shocking allegations of racism, Meghan and Harry spoke openly about many other things, too.

One subject to float to the forefront was Meghan Markle’s relationship with Kate Middleton, with whom she’s been rumored to have something of a feud.

Further, Markle also talked a lot about the worsening of her own mental health during her time within the royal family.

“I share this because there’s so many people who are afraid to voice that they need help,” Meghan Markle said.

Meghan didn’t know much about the British Royal Family growing up. Therefore, it was easy for her to have an image of them as something “far from reality”.

However, when she joined the family while dating Prince Harry, she quickly became accustomed to the way things were. According to her, she was not only subjected to horrific treatment from the British tabloid press, but also from members of her new family as well.

“I would sit up at night, and I was just like, ‘I don’t understand how all of this is being churned out’,” she told Oprah Winfrey.

“I don’t know how they could expect that after all of this time, we would still just be silent if there was an active role that the Firm is playing in perpetuating falsehoods about us,” Meghan said.

On March 11, Prince William spoke on the allegations made in the Oprah interview. He told reporters: “We’re very much not a racist family”. At that point, William hadn’t spoken to Harry.

It also seems as though Meghan didn’t feel quite appreciated by other people inside of Buckingham Palace. In the beginning however, the Queen is said to have given Meghan a choice if she didn’t want to embrace her royal duties.

But once she and Harry had married, it was made clear that Meghan would never become as big a part of the monarchy as Prince William’s wife, Kate Middleton. According to Tom Quinn, a royal author, Meghan Markle was told that she’d never be ”in first division’ by a senior royal aide.

Harry and Meghan got their own private residence following their wedding in 2018.

They lived at Kensington Palace for a short while, though that residence was actually Kate and Prince William’s home.

“It’s in the grounds of Kensington Palace, and it’s quite small,” Quinn said according to the Express. “It’s tiny compared to the enormous double apartment that Kate and William have.”

Instead, Harry and Meghan moved into Nottingham Cottage, not far from Kate and William. But it was at this point their relationship worsened for several reasons, according to Quinn.

Meghan had a hard time adjusting to the fact that Kensington Palace was reserved for Kate and William. Added to that was the aforementioned sting of a senior royal aide telling her that she’d never be ‘in first division’.

For Harry’s part, he wants one thing in particular before he can think about moving on.

US Weekly reports that the Royal Family are having a very tough time moving on from the claims made in the Oprah interview. Harry supposedly wants them to apologize to Meghan over their treatment.

So what now for Harry and Meghan?

Well, the couple and baby Archie are waiting for their latest family member to be welcomed to the world.

In July of 2020, Meghan and Harry moved into their new home in Montecito, California. The area is home to many celebrities that want away from the hustle and bustle of Hollywood; popular figures like Oprah Winfrey, Gwyneth Paltrow and Ellen DeGeneres are all residents.

So it would appear that Harry and Meghan have started their new life in the U.S, and Harry has already landed his first civil career job. He will now be working as the chief impact officer at the Silicon Valley startup company BetterUp, who offer coaching and mental health assistance. Harry will be working there as a coach, as well as advocating publicly on topics related to mental health.

At the same time, since the end of 2020, the couple has been working with their new nonprofit organization, Archewell. They took inspiration from their son – Archie Harrison Mountbatten-Windsor – when choosing the name.

“Before SussexRoyal, came the idea of ‘Arche’—the Greek word meaning ‘source of action.’ We connected to this concept for the charitable organization we hoped to build one day, and it became the inspiration for our son’s name,” a statement from Harry and Meghan read.

“To do something of meaning, to do something that matters. Archewell is a name that combines an ancient word for strength and action, and another that evokes the deep resources we each must draw upon.”

On New Years Eve, Meghan and Harry posted a letter on the Archewell website.

“In the face of fear, struggle and pain, it can be easy to lose sight of this. Together, we can choose to put compassion in action. We invite you to join us as we work to build a better world, one act of compassion at a time.”

The show, called Heart of Invictus will be produced by their Archewell Productions company. It will follow competitors as they prepare themselves for the 2022 Invictus games.

The competition is an international sporting event for wounded, injured and sick servicemen and women, both veterans and those still serving now.

Prince Harry was actually the initiator of the games, which were staged for the first time in 2014.

Harry and Meghan sure are moving towards a more normal life, at least as compared to their previous one. And this new life apparently involves film production, as well as podcasts for Spotify.

Even though one might say this is a very bold and fun change for them, some aren’t equally impressed.

And one of those who isn’t is Harrys’ brother, Prince William.

Prince William is said to have reached out to his brother after the Oprah interview, that according to US journalist Gayle King. However, their talks weren’t productive.

Even though the relationship between Harry and William – and between Meghan and Kate as well – doesn’t seem to be at its best, William isn’t ready to give up.

According to US Weekly’s Christian Garibaldi, he’s willing to give Harry one more chance.

“A source tells us that ‘William feels that Harry has got too big for his boots since moving to California and that success and Hollywood has gone to his head.’

On April 9, Prince Philip, husband to Queen Elizabeth, passed away at the age of 99. The entirety of the UK is currently mourning the former Prince, and celebrities and royals from all over the world are sending their thoughts and prayers to the British Royal Family.

Harry and William’s relationship might be at a bad point, but the funeral of their grandfather will be a moment when they will actually meet and hopefully enjoy some semblance of peace.

Prince Phillip’s funeral will be the first ceremonial event since Harry was stripped of his official royal titles. It’s said that he will travel to the UK alone. According to People, Meghan Markle will stay in the US because she’s “been advised by her physician not to travel,” since she’s expecting the couple’s second child.

We really hope that Prince Harry and Prince William can reunite as friends, not only for themselves but also for their families.

Who’s side are you on in all this? Give us your opinion in the comment section! Meanwhile, share this article on Facebook with friends and family.