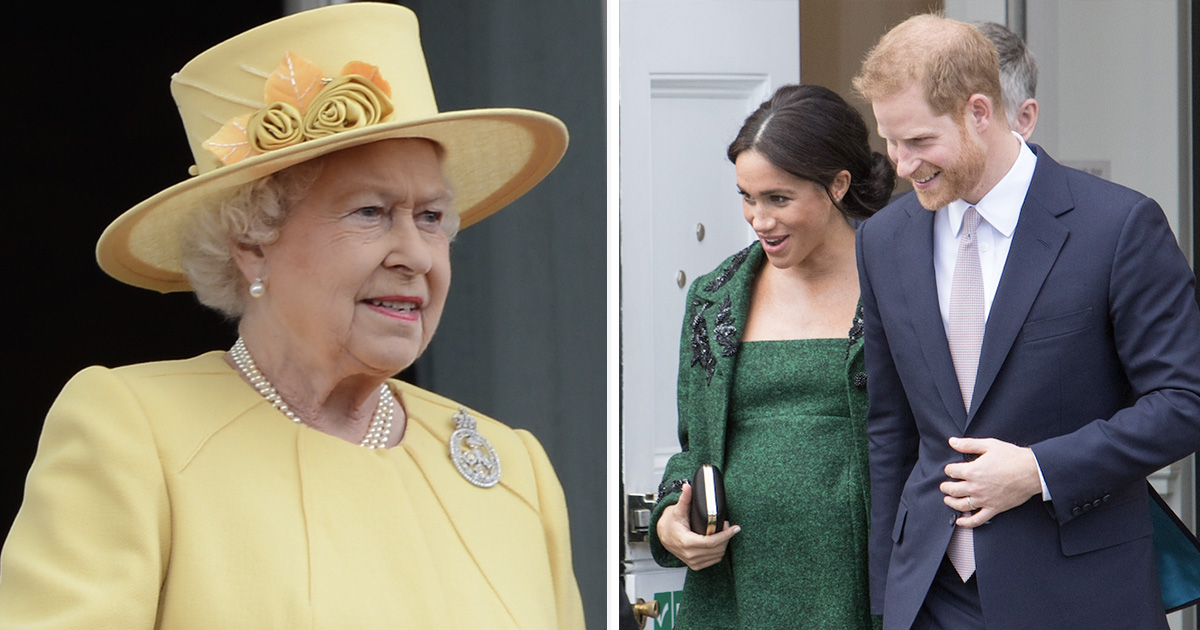 Meghan Markle and Prince Harry have chosen a civil life rather than one within the British Royal Family. With that in mind, they decided to move to the United States, where Harry’s gotten himself his first job.

However, after getting married, Harry and Meghan actually had plenty of choices as to their roles within the royal family. A royal expert has now claimed that Queen Elizabeth gave them many options regarding what they could do.

One included Meghan Markle continuing working as an actress.

The majority of us – as people who haven’t lived inside or close to a royal family – probably don’t know what royal life is like. We can imagine it’s a life of riches, money and fancy houses. However, we’ve also seen how traditions can make things toxic.

People arguing against monarchy usually say that it isn’t a baby’s choice what they are born into.

Special life as a royalty

To be royalty means having a great deal of responsibility and serving the crown without having the opportunity to live a private life. However, things are now starting to change, and members of royalty in different monarchies are beginning to feel like they want to perhaps do something else.

One of the best examples is, of course, Prince Harry and Meghan Markle. There were huge headlines all over the world when they announced they were leaving their senior roles in the British Royal Family, am institution with deep traditions and possibly the most well-respected royals in the world.

However, every person should be free to do what they want, without having something holding them back just because of where they were born. And Meghan and Harry have decided to buck the trend, though things have gotten quite complicated of late.

Following the primetime interview with Oprah Winfrey, where the couple shared several shocking claims regarding Buckingham Palace, Harry and Meghan are now pursuing a civil career.

But an expert claims that Meghan actually could’ve done just that without leaving, because of Queen Elizabeth giving the couple several options for the future.

Meghan Markle and Prince Harry got married in May of 2018. The wedding was a grand one, with people all over the world watching. It wasn’t just a union between two lovebirds.

No, marrying royal meant that Meghan – at least according to old traditions – would be serving the crown as well. The “Duchess of Sussex”, together with Prince Harry, headed out in the world, meeting both prominent people within governments as well as visiting schools and shedding light on the importance of education.

At the time, Meghan Markle was an upcoming actress who was a star on the television series Suits. She played the part of Rachel Zane from 2011 until 2018, and many thought that she had to quit the job because of her marrying Prince Harry and therefore becoming a royalty.

However, Queen Elizabeth actually had other plans in mind.

As quoted by the Mirror, biographer and royal expert Andrew Morton claimed that Queen Elizabeth gave Meghan and Prince Harry several options regarding what they could do within the Royal Family.

The Queen even said that Meghan Markle was free to continue her successful acting gig if she wanted to.

“They were given a degree of latitude,” Morton said. “They were told ‘here are your first class tickets, pick which country you want to go to, we’re going to make you youth ambassadors for the Commonwealth’.”

“In fairness to the royal family, in fairness to the Queen, she did give them that opportunity to go wherever they pleased,” he added. “And also, they did say to Meghan if you don’t want to embrace royal duties full time please be our guest and continue your acting career. “Those opportunities were open to her.”

But Meghan and Harry decided not do. Instead, they left their senior roles in the British Royal Family.

“She didn’t have a clue”

Morton believes they decided to because they didn’t think enough about what options they had within the Royal Family.

“I think neither of them gave it the thought they should have done,” Morton said, as quoted by the Mirror. “I think that famous warning from Prince William of ‘steady on, think about what you’re doing’, that Harry bridled at, was probably meant more with affection.”

He added: “I think William understood more than Harry that becoming a member of the royal family is a tough gig, You think about Catherine Middleton. She’s British, she’s grown up with the traditions, obviously she was a commoner but she has a very sound and strong family.

Prince Harry and Meghan made headlines when they decided to leave royal life. However, things were taken to a new level entirely when they sat down in there tell-all primetime interview with Oprah Winfrey.

And the interview sure was a shocking thing for both the public and the royal family.

Meghan could be seen crying several times in the interview, including when she discussed how Buckingham Palace had brushed aside her thoughts on not wanting to live anymore. Also, she said that family members had ““concerns over how dark his skin might be when he was born”, in reference to their, Archie. It was truly one of the most stunning revelations from the interview with Oprah.

Even though there were the shocking allegations of racism, Meghan Markle spoke openly about many other things.

One of those subjects was her relationship with Kate Middleton, with whom she was rumored to have something of a feud with.

Markle also talked a lot about her time inside of the Royal Family, and more specifically it impacted upon her mental health.

“I share this because there’s so many people who are afraid to voice that they need help,” Meghan said.

Meghan Markle didn’t know much about the British Royal Family when she grew up. Of course, since she grew up in an entirely different country, that wasn’t strange at all.

Therefore, it was easy for her to have an image of them as something “far from reality”.

However, when she joined the family while dating Prince Harry, she quickly began to realize the truth. According to her, she was subjected to horrific treatment, not only from the British tabloid press, but also from members of her new Royal Family.

“I would sit up at night, and I was just like, ‘I don’t understand how all of this is being churned out’,” she told Oprah Winfrey. And again I wasn’t seeing it, but it’s almost worse when you feel it through the expression of my mom or my friends or them calling me crying like, ‘Meg, they’re not protecting you.’ And I realized it was all happening just because I was breathing.”

For months now, there has been speculations about how Buckingham Palace itself may have played a role in actually helping the British tabloid press smear both Harry and Meghan. Speaking to Oprah, Meghan claimed that’s true.

“I don’t know how they could expect that after all of this time, we would still just be silent if there was an active role that the Firm is playing in perpetuating falsehoods about us,” Meghan Markle said. “And if that comes with risk of losing things, I mean, I’ve—there’s a lot that’s been lost already.”

“He won’t back down until…”

The Oprah interview had the British Royal Family reeling in shock. Harry’s brother and sister-in-law, Prince William and Kate Middleton, were said to have taken it particularly hard.

On March 11, Prince William spoke on the interview briefly, telling reporters, “we’re very much not a racist family”. At that time, William hadn’t spoken to Harry. As per reports, Harry has demanded one simple thing from his family in order to move on from the debacle.

US Weekly further reports that the Royal Family, meanwhile, are having a very tough time moving on from the claims. Harry is said to want them to apologize to Meghan over their treatment of her.

As of now, Meghan and Harry have settled in their $14 million home in Montecito, California.

New job in the US

Not only that, but Harry has gotten himself his first civil career job. He will now be working as the chief impact officer at the Silicon Valley startup company BetterUp. They offer coaching and mental health assistance, and Harry will be working as a coach, as well as advocate publicly on topics related to mental health.

What do you think of this? Would you rather have wanted to see Meghan and Harry within the Royal Family or not? Give us your opinions in the comment section!