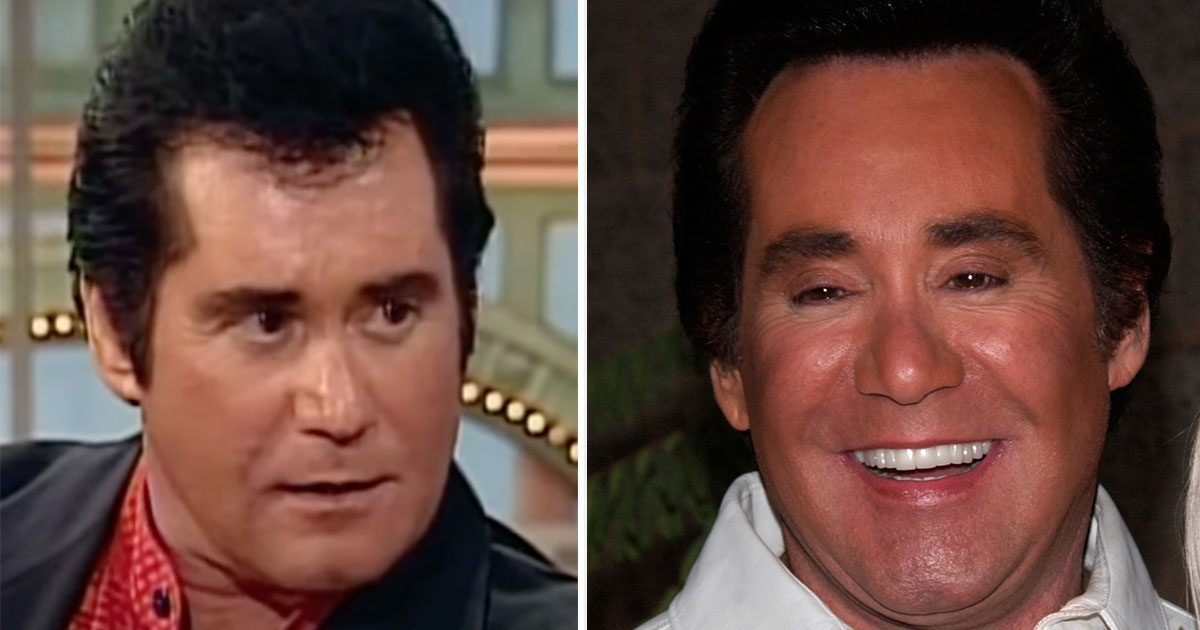 Elvis Presley became an icon in Las Vegas. However, he will never be “Mr. Las Vegas,” because that name belongs to Wayne Newton.

As one of the most popular entertainers the last five decades, Newton is still enjoying performing in his beloved Vegas. However, the last number of years has been tough on him for several reasons.

So how did Wayne Newton become a star in the first place? This is his story!

When you’re a teenager, everything seems possible. You have dreams about what you wanted to do in the world, but at the same time, that means getting an education and graduating in your 20s.

But imagine someone told you that when you hit 16, you had already begun your career as an entertainer in Vegas, doing shows for six days each week. To me, it sounds like a dream job, but for Wayne Newton, it was reality.

Newton has been giving the audience in “Sin City” an experience for over 40 years, performing several times each night and many days straight.

The Virginia native was dubbed “Mr. Las Vegas”, and yes, it definitely is a fitting nickname. At 79, Newton isn’t keen on slowing down at all. And still to this day, he looks great.

So how did he even get a gig in Las Vegas to begin with? And why has he stayed for such a long time? This is all you need to know about “Mr. Las Vegas,” Wayne Newton.

Born on April 3, 1942 in Roanoke, Virginia, Newton grew up with his father Patrick Newton – who worked as an auto mechanic – and his mother Evelyn, who raised the children.

It wasn’t always a happy childhood for Newton: Living at the family farm, he was frequently sick. He had bronchial asthma, which caused him to miss school a lot.

From a very young age, he was destined to be a man of show business. He learned to play the piano, guitar and the steel guitar by ear, and at age 4, he got to see his future with his own eyes.

Wayne Newton’s parents took him to see a Grand Ole Opry show in Roanoke to see Hank Williams and Kitty Wells. He watched on as the two performed – and realized that was exactly was he was going to do.

“That’s what I want to do,” Newton told his mother. “What?” she asked. “That,” he answered, pointing to the stage.

As Newton mastered the instruments, he became more and more talented. Already at age 6, he and his older brother Jerry had their own morning radio show on WDBJ in Roanoke, and people were impressed.

They performed at several local theaters before movies, and in first grade, Newton and his brother even performed at a USO show for President Truman. Two years later, they won a local talent contest, moving on to audition for the biggest amateur show in the US.

However, things didn’t go as planned.

“There are two people I know of,” Wayne Newton said, “who flunked Ted Mack’s Amateur Hour auditions: Elvis Presley and me.”

Sure, it was a setback and a disappointment for Wayne and his older brother Jerry. But in fact, he had bigger issues to deal with.

“The minute winter would set in, I would get sick,” Wayne recalled in his autobiography Once Before I Go. “Maybe that’s when my parents started to pay more attention to my brother. They may have felt they should show my brother more notice since they spent so much time nursing me.”

They made a new home in Arizona, where he fully recovered and continued to pursue his career in show business. But even though he’d been given a great opportunity, Newton felt guilt towards his parents because of the move.

“Even though the hurt was never verbalized, I felt it. It was as if I were a burden. At night I would lie in bed and think how they were giving up everything they ever wanted because of me,” he wrote. “For my parents, it meant tearing up their roots and leaving everything they had known behind.”

Wayne Newton and his brother Jerry got their first shows in Arizona at supermarkets as part of The Lew King Ranger Show. They went on to appear on Lew King Rangers Saturday night show on television and got more and more gigs.

Lew King became a very important figure in Wayne Newton’s rise to fame. But as things proceeded, Wayne and his brother soon became too big for only Arizona.

In his junior year of high school, Newton got a gig to play at the Fremont Hotel & Casino in Las Vegas alongside his brother. At first, they were set to perform for two weeks – but they ended up staying for a year. Soon, he went on to play six shows a night for five years.

Las Vegas can be a place where dreams come true. However, it can also be a toxic environment, especially for a young kid. For Wayne Newton, it was probably a very good thing that he was as young as he was when he went there the first time.

“No matter what you were doing in a casino, you had to be 21, so I needed a work permit at age 15,” he told Closer. “So people really took me in to raise me, and made sure I stayed out of trouble and didn’t go down the wrong path.”

At this time, there were plenty of competition in Las Vegas. “The Rat Pack” with Dean Martin, Frank Sinatra and Sammy Davis Jr. all performed in Vegas, alongside greats like Elvis and Bobby Darin.

Since Newton was so much younger than the other top talents of Vegas, he got the greatest mentors he could’ve ever gotten.

“What I learned from people that befriended me like Frank Sinatra, Sammy Davis, Dean Martin, Bobby Darin and on and on is that the one thing that will make you happy is your ability to adjust to life,” Wayne Newton said. “And you must be disciplined and treat every show like it’s your last one — because one day it will be!”

Since his first visit to Las Vegas, Wayne Newton was hooked. Even though some might think that Frank Sinatra or Elvis is the king of Vegas, that’s not really true — or at least they didn’t get the nickname Wayne Newton got, “Mr. Las Vegas.”

And in fact, that is probably the most fitting nickname for someone who’s lived the Las Vegas entertainment dream fully. Wayne Newton became a Vegas residency, doing up to 36 weeks of performances without a day off.

“[The nickname] came from a writer who came through Vegas to review a show. At the end of his review, he wrote: ‘Wayne Newton is truly Mr. Las Vegas’,” Newton recalled. “All of a sudden, I was doing shows in Chicago or Denver and they would say, ‘Mr. Las Vegas opens tonight.’ That one really stuck — and I couldn’t be happier about it.”

Bobby Darin helped him launch his solo career in the early 1960s, getting his first Top 20 hit with “Danke Schoen” in 1963. Two year later, the song “Red Roses for a Blue Lady” hit the charts, and another big hit followed in 1972, “Daddy Don’t You Walk So Fast.”

But if his album recordings didn’t put him among the greats, Newton’s show business skills at his Las Vegas shows did. At he continued to perform in “Sin City,” he also launched a small film career, appearing in the 1989 James Bond film License to Kill, starring alongside Timothy Dalton.

He did a few more appearances on screen, but his passion was dedicated to the stage.

Ever since starting out, Wayne Newton has been praised for his work ethic and charisma. The humble star always gives the audience a show to remember.

“I really don’t know any other way to work,” he said. “And so I think that the work ethic is something that, when I get asked by some of the younger talent coming on today about the work ethic.

“I explain to them that that really is, I think – if there’s anything that has helped me to sustain not only my career but my voice and my ability to perform, it’s the discipline that I learned in those years, doing that six shows a night, six nights a week.”

As late as 2019, it was announced that Wayne Newton – with more than 30,000 live performances – was setting up a new show in Las Vegas to celebrate his 60th anniversary. The Wayne Newton: Up Close and Personal show was a celebration of his wonderful life and career. However, the Covid-19 pandemic interfered.

In May of 2021, it was announced that his show at the Cleopatra’s Barge at Caesars Palace had been shut down. However, Newton was to remain with the Caesars Entertainment company but in a different venue.

While Wayne Newton has enjoyed a wonderful career on stage, he’s also raised a family. He wed his first wife Elaine Okamura back in 1968, however the couple divorced in 1985.

Five years later, during one of his Las Vegas shows, he met Kathleen McCrone, who works as an attorney. The couple started dating, and in 1994, they tied knot at Newton’s ranch Casa De Shenandoah in Paradise, Nevada.

In 2002, Newton and McCrone welcomed daughter Ashley Newton. He also has a daughter from a previous marriage, Erin, born in 1976.

Through the years, Newton has made a great deal of money. According to Celebrity Net Worth, he has an estimated net worth of $50 million.

Even though he could lean back, sitting by the pool all day for the rest of his life, Newton is still keen on doing what he loves the most.

And most importantly, he never thinks of the day when he’s not going to be performing.

“No, I really don’t. Only to the extent that I took the vacation – meaning I took a couple of years off,” he explained. “Cause I opened up my ranch to the public, and to get that done I had to really apply full time and interest to getting that done and it was fun.

Wayne Newton is a true music legend, and wow, he still looks amazing! We sure hope he will continue with his shows for a long time to come.