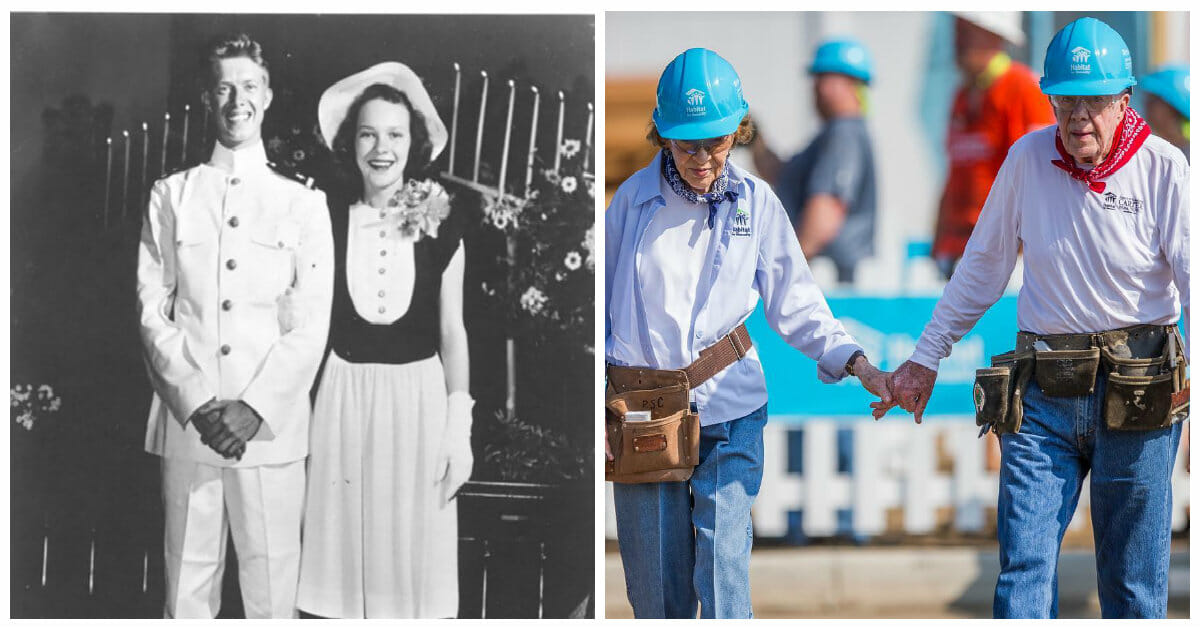 No US president has had a post-presidency like Jimmy Carter’s. At 95 years old, he’s the oldest surviving president ever, and has had the retirement since leaving the Oval Office.

Of course, he’s kept himself busy in the decades since, from winning the Nobel Peace prize for starting the Carter Center to his tireless work building homes with Habitat for Humanity.

And he hasn’t done it alone: his First Lady Rosalynn Carter has been by his side all along.

But now the couple is celebrating another historic milestone: they have officially become the longest-married presidential couple in history!

As of yesterday, the Carters have been married for 26,765 days, eclipsing the record previously held by the late George H.W. Bush and Barbara Bush.

The couple tied the knot over 73 years ago, and their love is still going strong.

“The best thing I ever did was marrying Rosalynn,” Carter said, according to KDVR. “That’s a pinnacle in my life.”

Jimmy & Rosalynn grew up three miles from each other, and she was friends with his sister. Even then, it was love at first sight

“I thought he was the most handsome young man I had ever seen,” Rosalynn wrote in her memoir.

Decades later, their marriage is still going strong, and they have always gotten along great… except the one time they wrote a book together.

“It’s the worst problem we’ve ever had since we’ve been married,” Jimmy joked to Piers Morgan in 2012.

Rosalynn’s love has gotten the former president through a lot of difficult times, including a serious battle with brain and liver cancer in 2015 that he didn’t expect to survive.

But he’s still going strong, and even continues to build homes alongside Rosalynn. He credits his marriage for his long life.

“It’s hard to live until you’re 95 years old,” he recently told People. “I think the best explanation for that is to marry the best spouse: someone who will take care of you and engage and do things to challenge you and keep you alive and interested in life.”

“[We] have had a good life together.”

Let’s congratulate the Carters on a great marriage and this historic milestone!