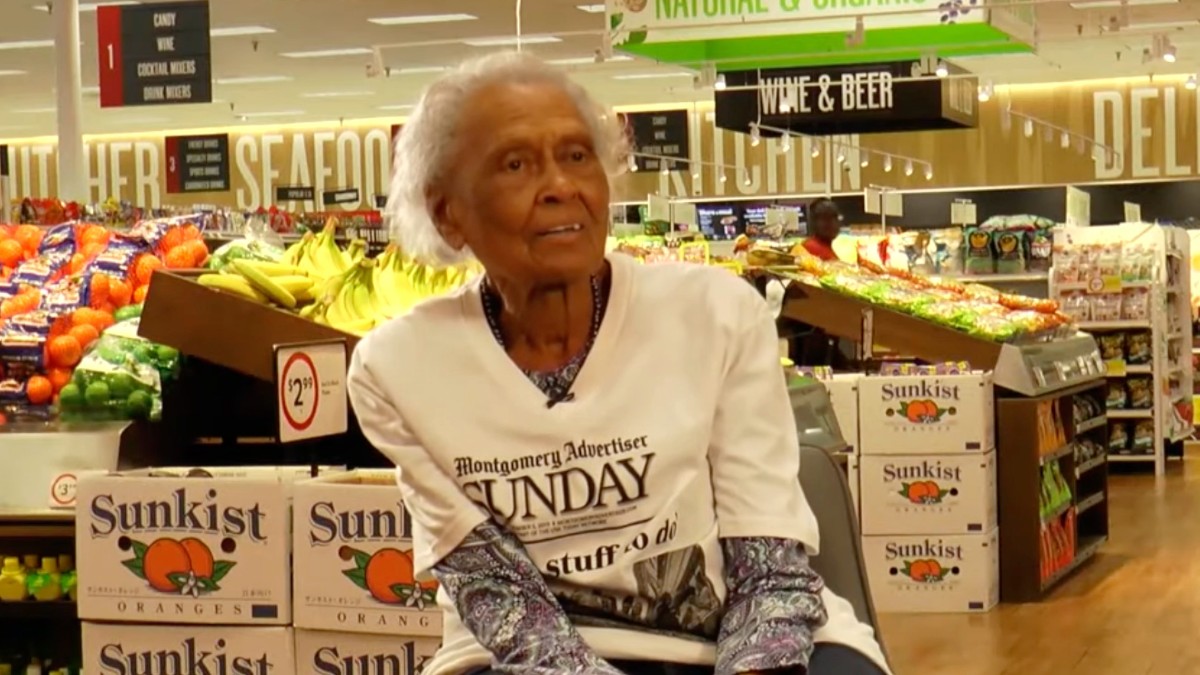 While most people are happy spending their later years with their loved ones and enjoying a slower pace of life, Romay Davis doesn’t mind working.

Recently, Davis, who works at a Winn-Dixie in Mobile, Alabama, was recognized for her contributions to the community with a grant named in her honor through the Romay Davis Belonging, Inclusion and Diversity Grant Program, which was named after her.

Davis was born on October 29, 1919 in King George, Virginia. As soon as she was old enough, she enlisted in the United States Army and became apart of the first all-Black Women Army Corps unit deployed overseas during World War II.

After her time in the Army, Davis went to New York City where she enrolled in fashion school.

“During the time when people didn’t like us because we were Black, I used to not want to be around [others]. I wanted to be by myself,” she told Good Morning America.

Despite encountering racism, she worked in the fashion industry for 30 years.

She was over 80 years old when she was hired by Winn-Dixie.

Now, 20 years later, she still works at the same Winn-Dixie where she was hired in 2001.

When Davis turned 100 years old, Winn-Dixie threw her a birthday party to celebrate her milestone birthday.

Davis, who has continued to work during the pandemic works five days a week. You can find her in the front of the store before the store is open and in the stockroom when customers are present.

Even more surprising, the 101-year-old still drives herself to work!

Romay, you are an inspiration! Your outlook on life is one that we can all learn from. May you continue to live a blessed life.