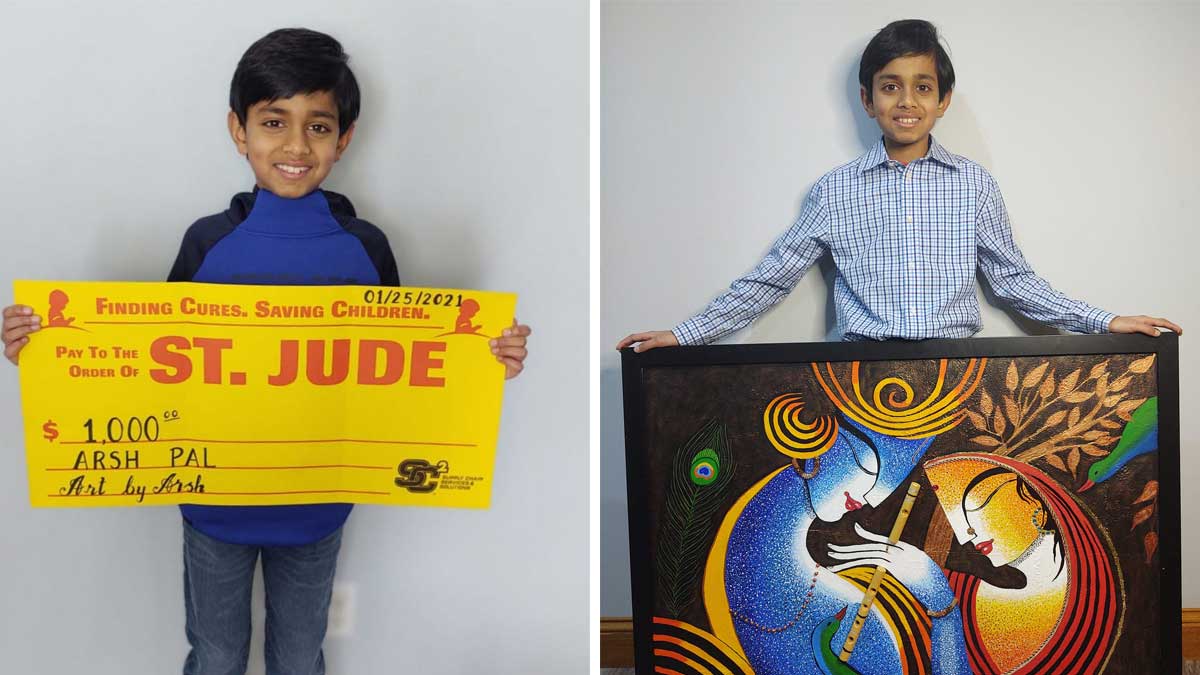 What started as a birthday gift turned into something few could have ever imagined.

When Arsh Pal turned eight he received a watercolor kit. He started painting and soon found himself with an excess of paintings. The boy from Dubuque, Iowa gave some of his paintings away to family and friends, but one day he got the idea of selling his paintings to raise money for charity.

Four years later and he’s raised more than $15,000 and has been recognized for his efforts.

Arsh became somewhat of a pro using watercolors to paint, and in no time he had a pile of paintings.

He started gifting his paintings to family and friends, but according to Des Moines Register it was when he accompanied his mother, an occupational therapist at a local nursing home, to work that he became inspired to do something more.

“I thought, why not help people to be kind?” Arsh said.

In the beginning he set a goal to sell his paintings and raise $1,000 for St. Jude Children’s Research Hospital.

In less than a year not only did he reach his goal, but he exceeded it.

“Originally, my first goal was raising $1,000 for St. Jude Research Hospital and everybody kind of doubted me because I was so young, but when I did raise $1,000 everybody was surprised,” he said.

Arsh has continued to sell his paintings and raise money, and over the past four years he’s raised more than $15,000.

In addition to giving to St. Jude, he’s donated to Easterseals, Compass to Care, the Riverview Center and the Make-a-Wish foundation.

Not only have his parents been impressed by his hard work, dedication, and willingness to give to others, but he’s been recognized by several organizations for his work.

Not only has the 12-year-old received the High Flyers 50 award in India and serve as a board member of the Loukoumi Foundation, a nonprofit that highlights youth participation in community building, but he recently received The Diana Award.

The Diana Award, a humanitarian award in memory of Princess Diana, is given to people between the ages of 9 and 25 who “selflessly creating and sustaining positive social change.”

“I’m from Iowa and everybody else is from everywhere else,” he said. “I feel really happy that I’m getting it because it’s a pretty big award. Princess Diana represents charitable work and helping the community, so that’s kind of what I do.”

Arsh continues to go to the nursing home with his mother where he teaches art lessons.

In the future he hopes to be able to offer free lessons to children dealing with anxiety and other emotional problems.

While he’s unsure if he wants to pursue art as a career, he says for now he enjoys doing it because “It just makes me smile, and the other people happy.”