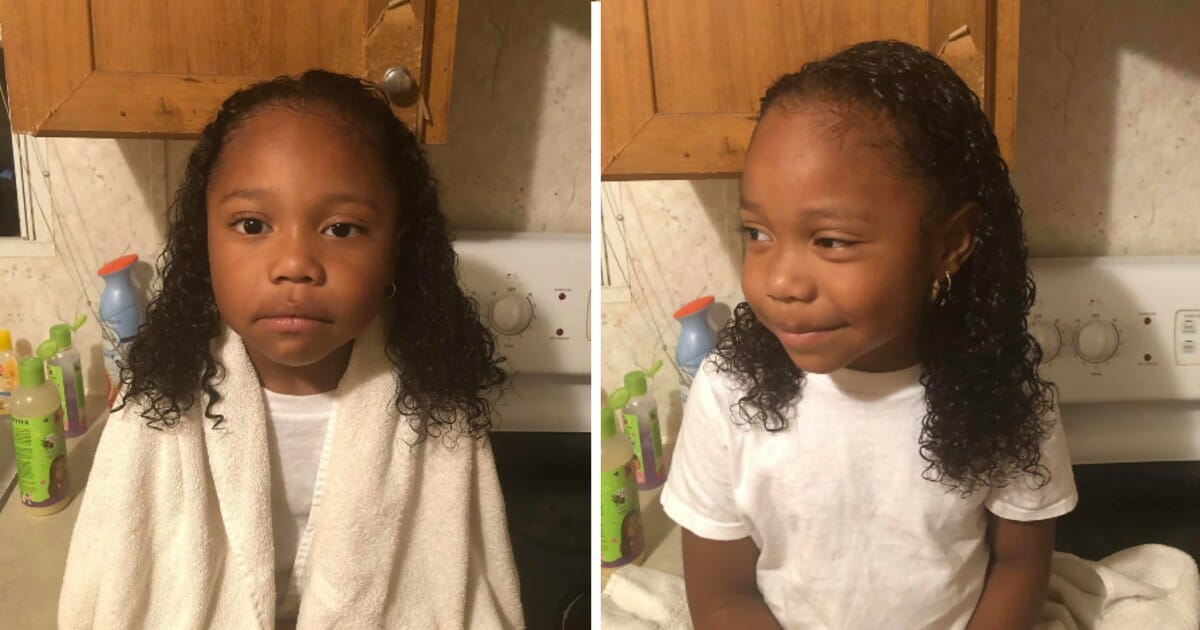 During a recent meet-the-teacher event at a Tatum ISD school in Texas, Randi Woodley was told she needed to speak to her grandson’s principal about his hair. According to KETK, Woodley has had custody of her four-year-old grandson, Michael Trimble, since he was four months old.

She was told that Michael, whose nickname is Tink, needed to change his hair because it was too long and could be cause for a distraction.

“He told me that I could either cut it, braid it and pin it up, or put my grandson in a dress and send him to school, and when prompted my grandson must say he’s a girl,” Woodley told KETK.

The superintendent, Dr. J.P. Richardson, told her she needed to change her grandson’s hair in order to comply with a dress code that Woodley said discriminates against some children.

According to the dress code, “Student’s hair shall be clean and well-groomed at all times and shall not obstruct vision. No ponytails, ducktails, rat-tails, male bun or puffballs shall be allowed on male students. ALL male hair of any type SHALL NOT extend below the top of a t-shirt collar, as it lays naturally.”

Michael’s hair naturally falls below his collar and when he doesn’t wear it down, it’s in ponytails.

Woodley was adamant about not cutting Michael’s hair, so she braided it. Now she is fighting the school board and demanding change.

“I was just always taught to embrace. Embrace my identity, embrace who we are,” she told CBS 19.

At the most recent school board meeting, two other people spoke out against the dress code.

“To tell an African-American how to wear their hair is wrong,” a student’s family member said.

Kambry Cox, who said her son’s dreadlocks are considered an issue, tried to comply with the dress code, but ultimately didn’t find a style her five-year-old son found comfortable. At some point, when her son’s hair falls below his collar, his hair will have to be cut unless the school board decides to change their policy.

It’s unclear if the school board will make any changes. The next board meeting is scheduled for October.

Ready or not here we come?

Currently, there is a petition with more than 8,000 signatures supporting Tink.

Do you think his hair is considered a distraction?