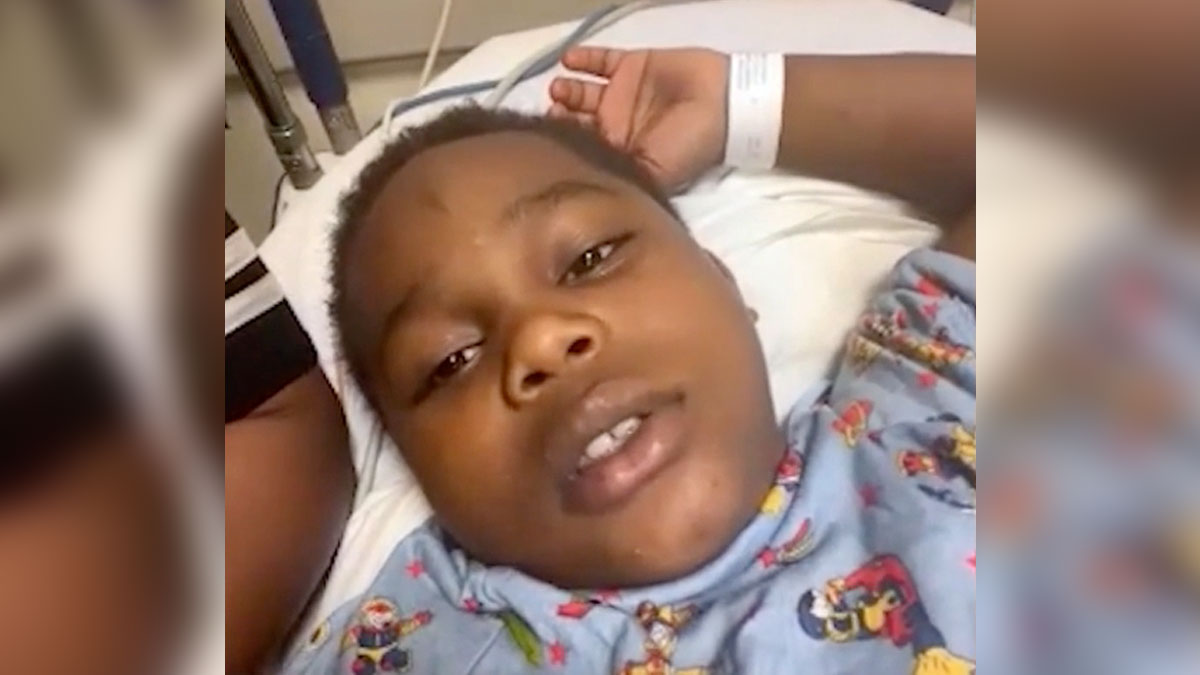 A seven-year-old boy was shot in Chicago’s Roseland neighborhood on Sunday as he and his family were on their way to church.

The boy’s mother told local news the family was finding a place to park their car when they witnessed someone breaking into a vehicle.

“Right when we turned down the street, the guy pulled out this really big machine gun and started shooting at the car, my son was in the back screaming I got shot,” Keshawana Barr said.

Shot in the leg

Legend Barr, 7, and his family were moments away from parking their vehicle outside the church where his grandmother is the pastor when tragedy struck.

A stranger, who happened to be breaking into his grandmother’s vehicle, turned and fire at the Barr family’s car.

The seven-year-old was hit in the leg. The bullet shattered his femur, the body’s longest and strongest bone.

“I saw that [bullet] shot through my pants, and my favorite shirt got destroyed that I got for my birthday,” he said.

Five officers happened to be in the area training when the shooting took place. They chased the suspect and took him into custody.

Fox 32 reported this was the second time a shooting took place outside of the Universal Community Church. In July, a drive by shooter hit three people during a funeral.

Legend is the fifth child this year to be shot while sitting in the back seat of a car. The other four children have died.

“Let’s start pointing out these people who are out here shooting and killing children, killing each other, killing any human being,” Deputy Chief Larry Snelling said.

While Legend waits to undergo surgery, he’s been thinking about how being shot in the leg has affected him, even if he’s only seven years old.

“My teams gonna be without a basketball player. I gotta wait until I sign up again for basketball.”

Enough is enough. There are too many people getting injured or killed by guns. Something MUST be done.

Please share if you want to see stricter laws on guns.