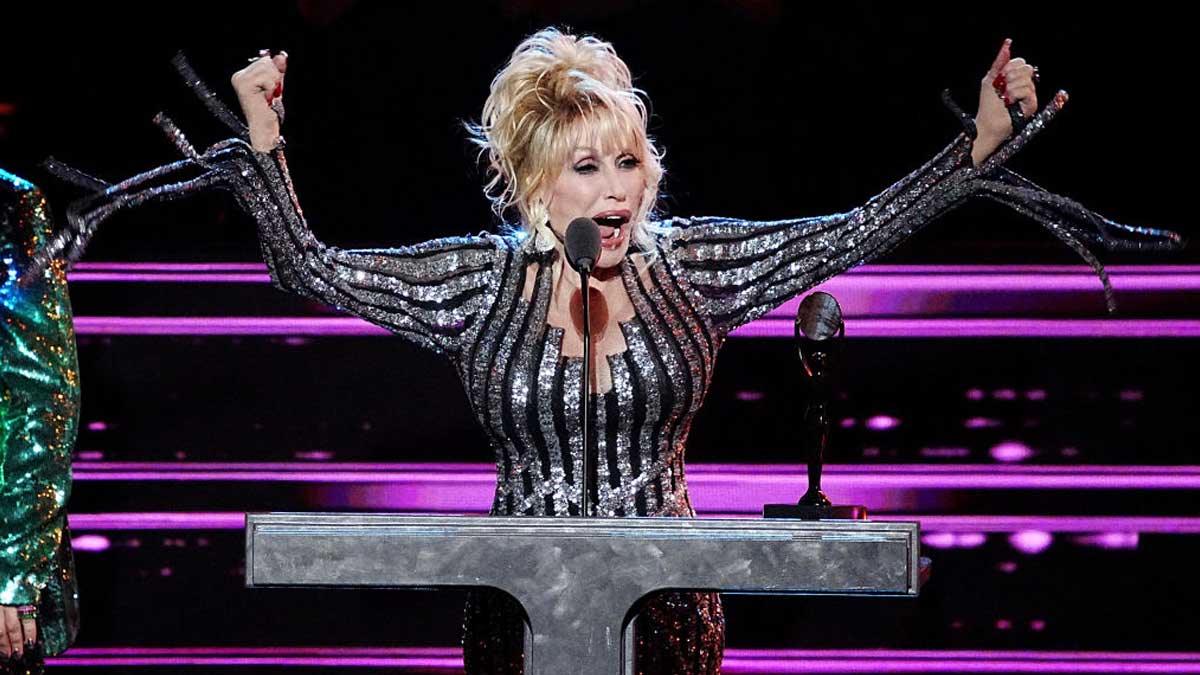 Dolly Parton is once again being recognized for the outstanding woman that she is.

The musical icon was awarded the Bezos Courage and Civility Award on Friday for her philanthropic work. In addition to being recognized for her decades of giving, Amazon founder Jeff Bezos and his partner Lauren Sanchez gifted Parton $100 million to put towards the charity or charities of her choosing.

Bezos presented the award, which “recognizes leaders who aim high, find solutions, and always do it with civility,” to the “9 to 5” singer after briefly describing Parton’s illustrious contributions to the global community.

“She gives with her heart,” Bezos said. “What she’s done for kids, for illiteracy and so many other things — is just incredible. It is my great honor to welcome the 2022 Courage and Civility recipient up on stage. Dolly Parton.”

During her acceptance speech, Parton explained her beliefs about helping others.

“When people are in a position to help, you should help,” she said. “And I know that I’ve always said I try to put my money where my heart is, and I think you do the same thing.”

Her philanthropic efforts began in 1995 when she founded the Imagination Library, which was inspired by her father’s illiteracy.

Since then she’s donated to victims of natural disasters as well as helped fund one of the coronavirus vaccines.

“No child should ever have to suffer,” Parton said in a press release at the time. “I’m willing to do my part to try and keep as many of them as I can as healthy and safe as possible.”

In December 2021, she told People how she loved helping others, though she remains a bit uncomfortable being recognized for her good deeds.

“I’m kind of addicted to the feeling of giving,” Parton said. “Knowing that I’m doing something good for someone else.”

“I have to honestly tell you, I was a little bit skeptical of being put on the cover as one of the People of the Year,” she told People. “Because that’s a lot of pressure. But, yeah, it’s like, I am not all that. I’m glad that I stand for enough stuff to where I’m not the worst person in the world.”

Dolly Parton is far from the worst person in the world. She’s the most giving person the world has ever known.