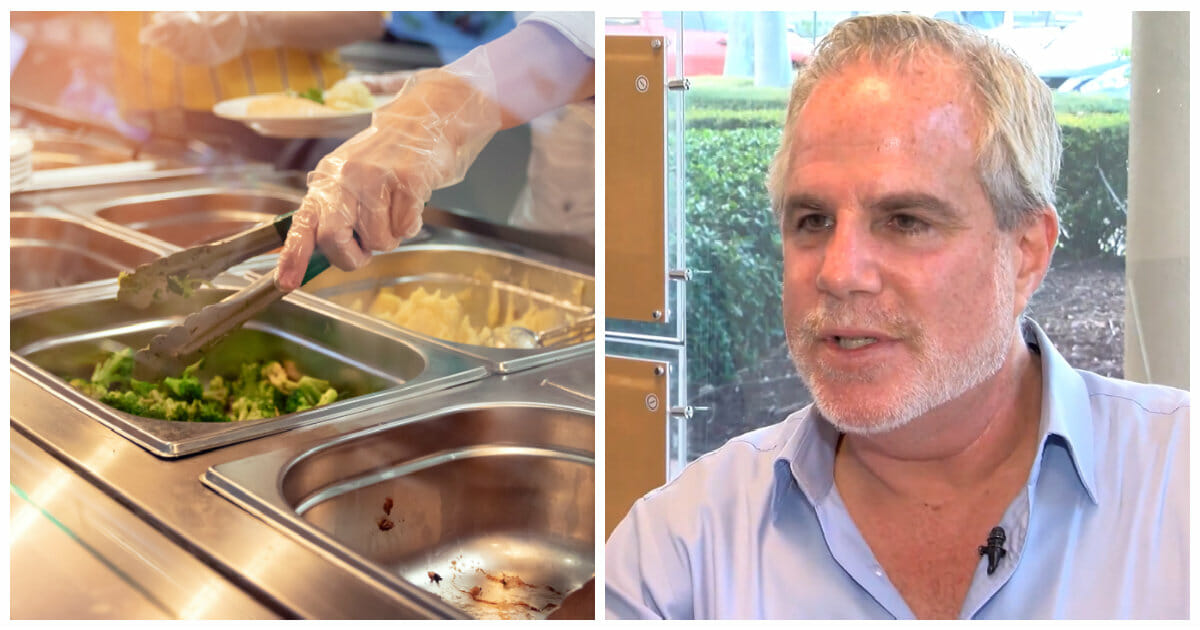 It’s important for young, growing kids to eat good, healthy meals every day, and most children eat lunch while at school. As such it’s important for schools to provide a good meal to their students… and make them accessible to kids who can’t afford them.

But when kids can’t afford to pay for their meals, the situation gets complicated. Kids with lunch debt are sometimes “lunch shamed,” denied the regular meal and given an alternative, cheaper menu, or called out publicly for not paying up.

It’s a very demoralizing thing for a young kid and their parents to go through. But luckily for one school district, a good samaritan is stepping up to help, generously donating his own money to eliminate student lunch debt.

In the school district of Jupiter, Florida, about 400 students were in lunch debt, and were being denied their full meals until they paid what they owed to the cafeteria. The total debt over all of their schools equaled $944.34.

“I was like, that’s not OK,” she told WPTV. “These kids are starting off the school year with a negative balance, won’t even have a shot at starting with a clean slate.”

“It has a lot of impacts if a child is happy and well-fed.”

Her post made its biggest impact on the most unexpected person: a man named Andrew Levy, a real estate agent from Palm Beach Gardens.

He didn’t have any connection to the school district: he had no kids there, he didn’t even live in the town. But he does do business there and says he fell in love with the town… and more importantly, his heart went out to the kids who couldn’t afford their meals.

He realized that he had the power to make the whole situation go away and make a positive difference in the students’ lives: “I thought you know something? If for a modest sum I could make that change, I’m gonna do it.”

“I went in there and I said ‘I want to pay off the lunch debt.'”

Saying he didn’t want to just “write a check and mail it in,” Andrew went in person and met with the food services department, offering to pay to wipe the debt slate clean for the whole district.

“The thought of a fairly small sum being able to rectify that situation and clear the debt of all these families so the children could eat warm meals is really what got me,” he told WPTV.

While in-debt students are not denied food entirely, they are denied the standard meal and given a cheese sandwich in its place. Andrew knew the problems that would cause.

“There’s that stigma that children can get if they walk away with a cheese sandwich, everyone knows what that means,” he said.

But Andrew’s good deed didn’t end there. As the story spread, more and more people wanted to get in on the act of kindness and donate to the school district.

Now, Andrew is determined not just to pay the debt off once, but to keep it from ever accumulating again.

“I even have had some clients over the past 48 hours say ‘you know something, I want to help, I want to give too,” he told CBS Miami. “Every quarter I’m going to do either a GoFundMe page or a fundraising page that can raise money every quarter so the lunch debt never accumulates.”

While Jupiter has some guardian angels looking out for it, lunch debt remains a pervasive problem elsewhere. In the greater Palm Beach County, there is currently $51,000 in total debt. The county has a site set up to take donations to help alleviate the debt.

You can also reach out to your own communities and local school districts to see if they have any student debt that can be paid off. Even if you don’t pay it all off yourself like Andrew did, any amount can help a student get a good meal at school.

Let’s thank Andrew for his inspiring act of kindness and help spread the word! Share this great story!