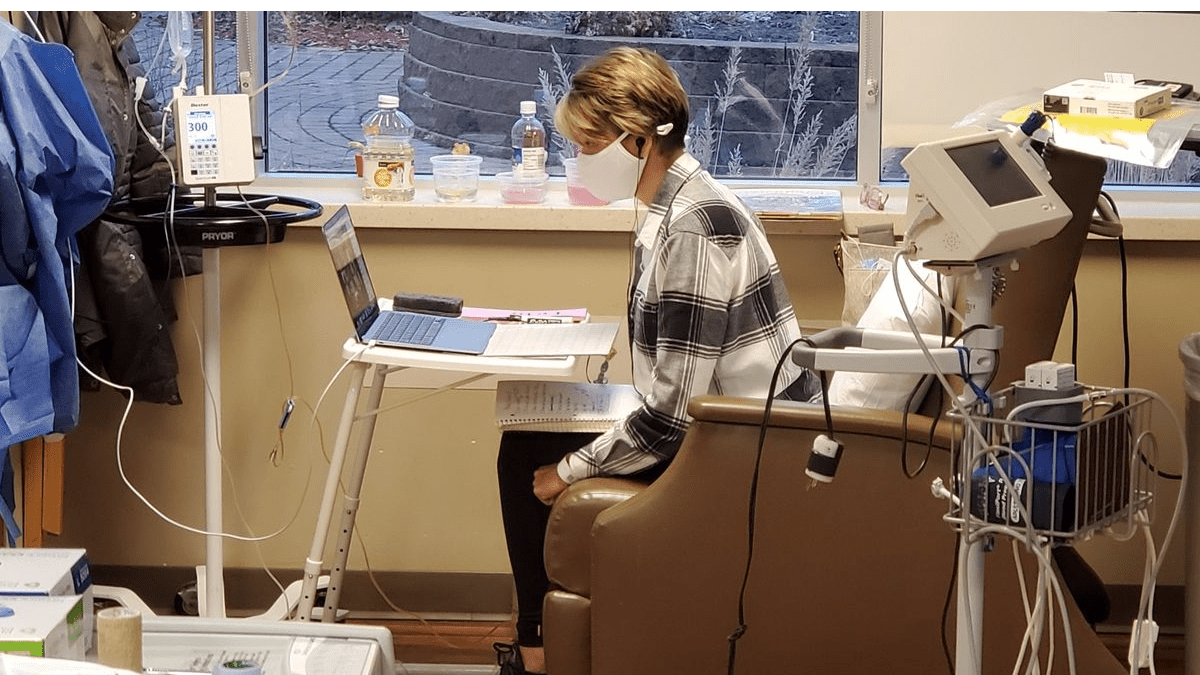 Teachers are one of the hardest workers who often get the least amount back, but that doesn’t stop them providing the absolute best education to our children even during times when they may be struggling themself.

Meet Kelly Klein. She’s a mother, a kindergarten teacher, and she’s currently battling a second round of cancer.

Klein, who is from Minnesota, was first diagnosed with ovarian cancer, five years ago. During that time she took a leave from her job, but as she received treatment and recovered, she realized how much she missed teaching.

So when she received the news – this time the cancer is not curable – the second time, she knew what her decision would be.

“It’s real easy to go down the ‘Why me?’ — and I think if I didn’t have five year olds to teach every day, I would spend a lot of time thinking about that,” Klein told CBS News.

She went to the school’s principal and informed her that she wanted to continue teaching at Falcon Heights Elementary in Falcon Heights, Minnesota, where she’s been a teacher for 32 years, for as long as possible.

Since she’s doing virtual learning with her students, she’s easily able to take her class with her to chemotherapy when she goes once a month.

And it’s been beneficial for both herself and her students.

“When you’re at chemo and you’re around a lot of sick people, it’s kind of a depressing place to be. For me, to be around 5-year-olds during that time, it’s like a slice of normalcy in an abnormal environment,” she told Good Morning America.

While teaching during chemotherapy keeps her mind occupied, it’s also encouraged her students to ask questions.

Dan Fergus’ son is in Klein’s class and said “it’s amazing to watch.”

Fergus and his wife have taken the opportunity to talk with their son about what going on with his teacher.

As Klein continues chemotherapy, she’ll continue to teach her students not only their regular kindergarten lessons, but also about what’s happening with her.

“I want them to see that cancer isn’t a death sentence,” she said. “You can still be happy and playful and silly and funny and energized.”

Kelly, you are a true inspiration! Thank you for being an incredible teacher. You students’ lives have been forever changed because of you.