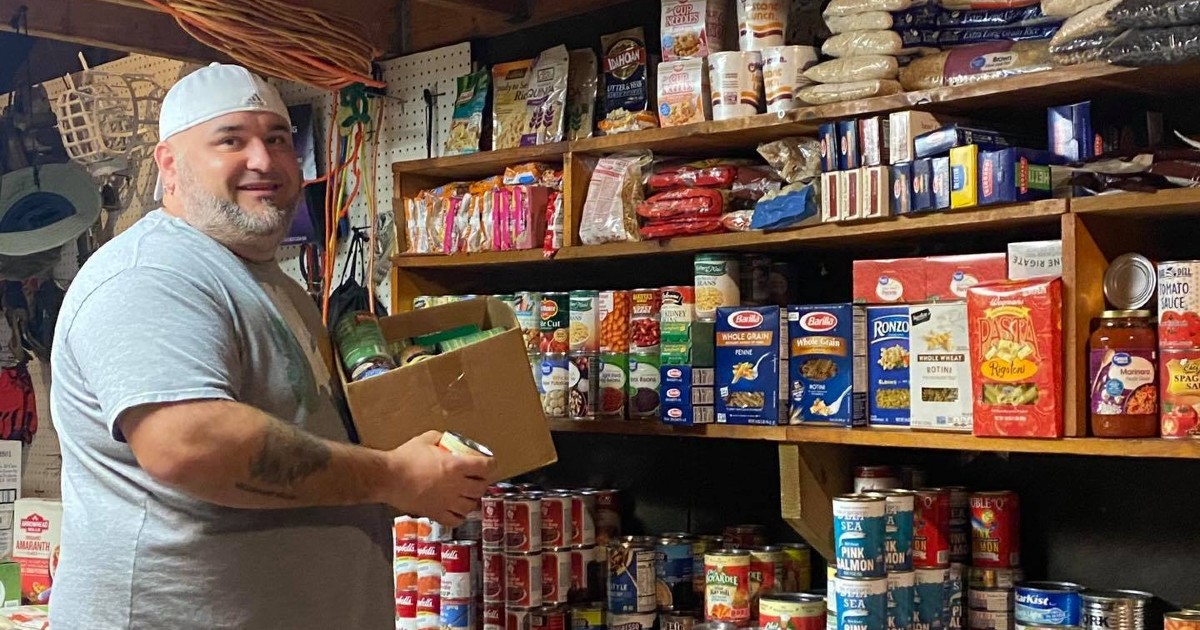 When the pandemic began in March 2020 and countless people, including Barney Corrigan, lost their jobs Corrigan, a caterer, wanted to find a way to help out his neighbors.

He collected a few canned goods and in April he put them inside a wooden cabinet in front of his New Jersey home.

“I figured it was the least I could do,” he told NJ Advance Media in August.

Soon word spread about his little food pantry and he began receiving both monetary and food donations.

He started receiving so many donations that he had to expand his little pantry from a wooden cabinet and filing cabinet to his garage.

“I thought I would have a hard time keeping that little thing filled,” Corrigan told The Philadelphia Inquirer in October. “I said maybe if I had to refill it once a month, but never in my wildest dreams did I think it would come to this.”

Corrigan’s pantry, Barney’s place is open every other weekend, and thanks to his brother who spread the word on social media, it’s always packed.

“I’ve noticed a mom will come one weekend and then the next weekend it’s her and her husband,” Corrigan said. “Then the kids will come and the kids are picking out things. They feel comfortable.”

“There’s not too many people who actually open up their homes to people he doesn’t even know,” one man said, “when you get to the point where you need help, it’s hard to ask a lot of times.”

“I’m just trying to do my part to spread a little love and compassion,” Corrigan said.

Thank you Barney for helping your community! Your story is so inspiring!