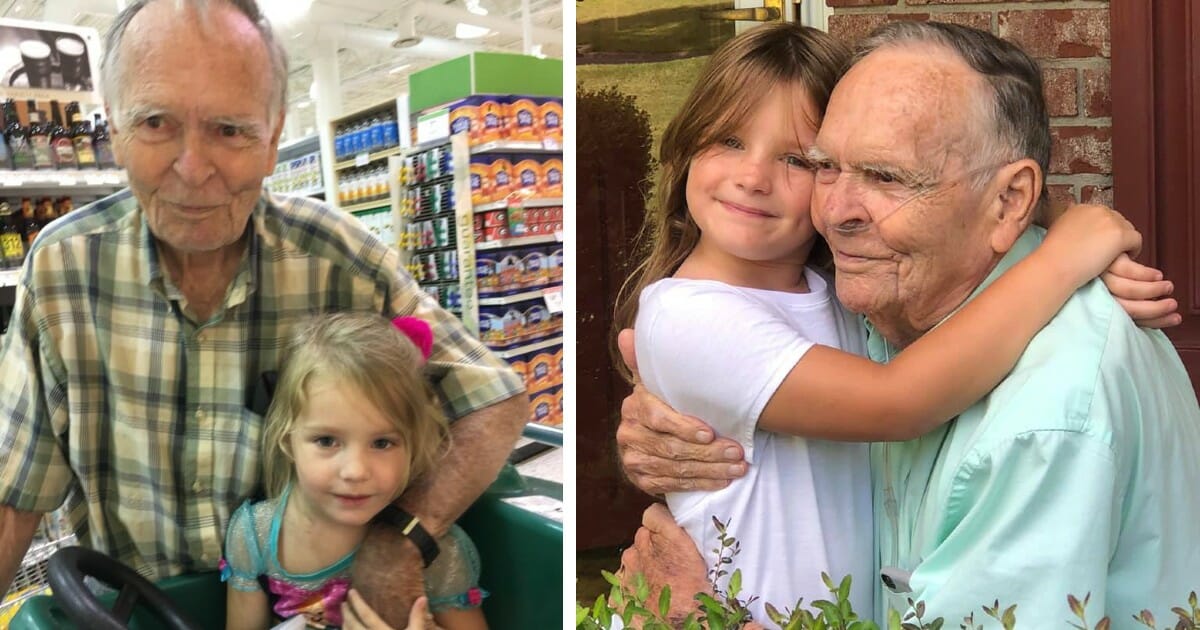 It’s been three years since the world first heard about Norah and Mr. Dan, an unlikely friendship that captured the hearts of so many.

Over the years, much to everyone’s delight, the two have kept in touch. But yesterday, Tara Wood, Norah’s mom, shared a heartbreaking update on Facebook. Dan Peterson, better known as Mr. Dan, died.

Norah and Mr. Dan’s friendship began in September 2016 when Norah and Tara went to the grocery store to pick up cupcakes for her fourth birthday. While at the store, Norah spotted an older man shopping by himself.

To Tara’s surprise, he greeted her and wished her a happy birthday and then they went on their way.

Tara recalled for TODAY that before they left the store Norah asked if she could take a picture with the man. Before they parted ways yet again, Mr. Dan thanked Norah for making his day.

Eventually Tara learned that Mr. Dan’s wife had recently passed away and he had been lonely. A few days after their chance meeting Tara and Norah visited Mr. Dan at his home and spent three hours visiting him, and as the saying goes, the rest is history.

It was a chance meeting that turned into a lasting friendship. According to WBUR, Norah, Tara, and Norah’s sister Marigold continued to see each other every Sunday since they first met.

“I like when he tells me about his childhood — when he was little,” Norah said.

“It’s still a great pleasure to me when those children come over,” Dan said in July 2019. “It’s really really done wonders for me.”

And thanks to their Sunday meetings, Norah was able to see Mr. Dan one last time before he died on Monday February 10. On their last visit Mr. Dan gave Norah and Marigold Valentine’s Day gifts.

“Unsurprisingly, the timing was just as extraordinary and remarkable as Norah and Mr. Dan’s initial meeting…we’d spent the morning with him just the day before,” Tara wrote on Facebook. “He was in good spirits, joyful, and happy. He had a belly full of pancakes and a heart full of love.”

“In the meantime, please be generous with the kindness and compassion you show others. It could change someone’s life- and, if you’re lucky, your own.”

Rest in peace, Mr. Dan. I’m so glad you and Norah crossed paths. Not only did you both have such a positive impact on each other’s lives, but on so many others who followed your story.