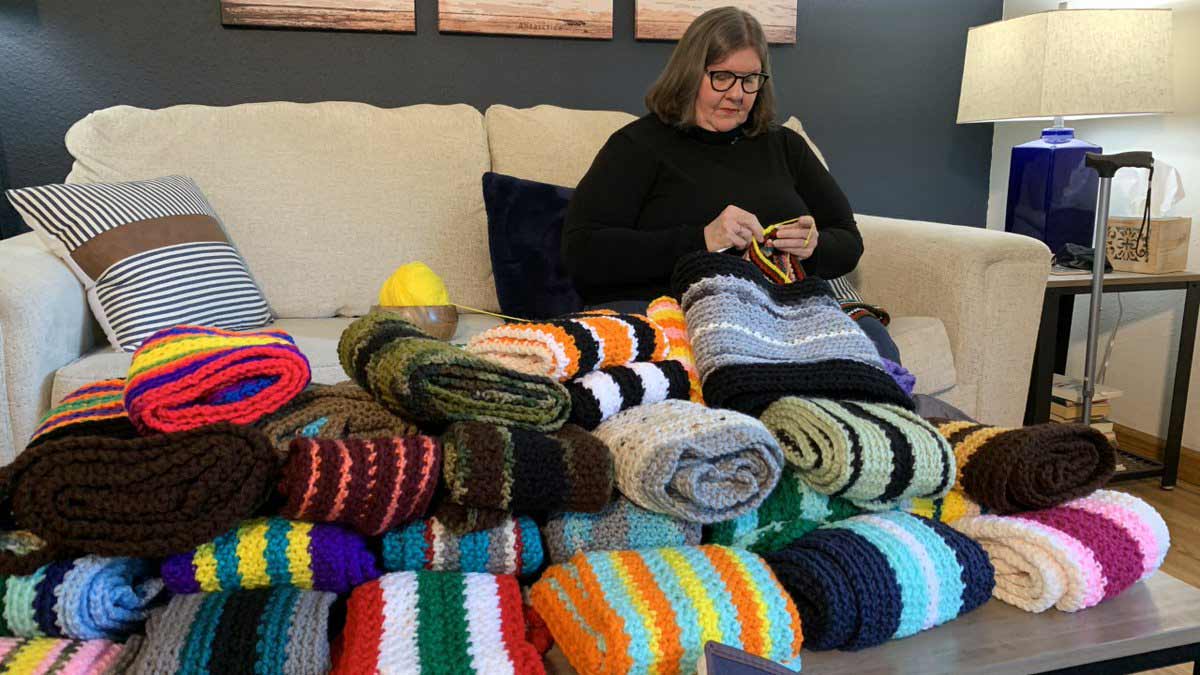 Like many people, Judy Switzer was looking for a hobby at the start of the pandemic.

The Portland, Oregon resident recently retired as an educator and she was hopefully going to have knee replacement surgery soon. It was her daughter who suggested she take up crocheting, something she learned how to do decades earlier.

Switzer, who first learned to crochet in high school and made scarves for her children, was able to pick up right where she left off.

Soon she was making one scarf after another.

But this time around she didn’t have a plan for her scarves. She told KGW8 that one day while she and her husband were taking a drive through town she noticed the homeless population.

And that got her thinking.

“I felt so bad, it’s wintertime. They’re gonna be cold, I don’t know how to do hats or gloves yet, so I thought I’d start out with a few scarves and next thing you know one thing led after another,” she said.

One stitch after another and soon she had crotched 200 scarves.

On November 18, Switzer plans to donate the scarves to Blanchet House, an organization that provides food, shelter, and resources for those in need.

Switzer already plans to crochet scarves for next winter, and her goal to hit is 300 scarves.

Way to go, Judy! What an awesome way to turn your hobby into an act of kindness.