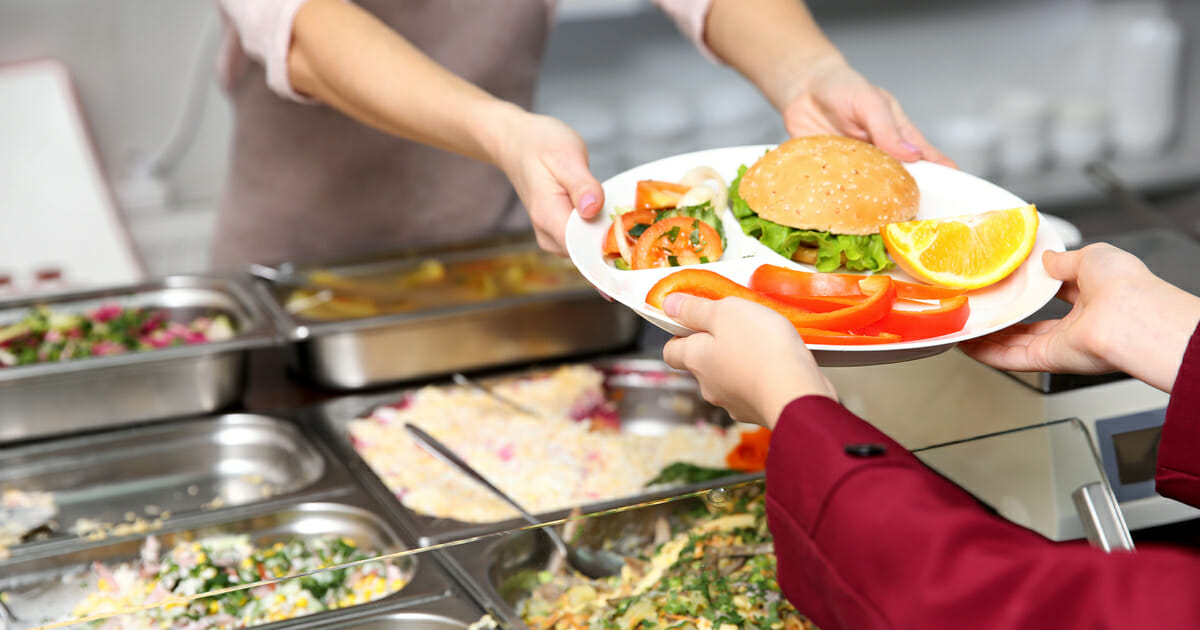 It’s important for students to have access to a good lunch at school. Kids growing up need a healthy meal to get them through the long school day, and many kids from low-income families rely on school lunch programs to eat.

But the programs can also be a source of great controversy, particularly in regards to how schools deal with “lunch debt.” Sometimes lunch bills go unpaid, and school districts, faced with a growing deficit, have to find ways of enforcing payments.

But often districts handle this indelicately, leading to “lunch shaming,” where students are called out in front of their classmates or singled out by being denied the regular menu item with an alternative (often cold) lunch.

One district was recently caught in a particularly bad case of this, both embarrassing their students and wasting food… but what started as an outrage turned into an important learning moment.

On Monday, about 40 students at Richfield High School in Minnesota had their lunches taken away. They had already gone to receive their hot meals from the cafeteria and were going to pay at the register… but were told that because they had a debt of over $15, they would instead be served a cold lunch.

Making things even worse, their hot meals were then senselessly thrown in the trash. This happened repeatedly in full view of the students’ peers.

“It was happening right after one another,” senior Diamond Johnson told CNN. “It was in front of everybody, so the whole thing was embarrassing to the students.”

Why deny students their meal if you’re just going to throw it out anyway? That was the question an outraged community when a video of staff workers throwing away the food was posted to a local Facebook group.

But to their credit, the school district apologized quickly, and said none of this was supposed to have happened.

None of this happened, and the district is sensitive to the embarrassment that failure caused: “There are multiple failures we had in this situation and our job is to fix it,” Unowsky said. “First and foremost (in) the way we treated our kids. We should never leave kids with the feeling they had from the experience.”

School lunch debt is an uncomfortable topic for school districts, but something that needs to be addressed: KARE reports that Richfield Public Schools is likely going to foot a $25,000 lunch bill this school year.

But the story is a reminder that enforcing payments is something that needs to be done delicately. Students often aren’t to blame for not paying off their lunch debts, and they shouldn’t be embarrassed just trying to get through the school day.

“A hot lunch should never be taken from a child,” Unowsky told KARE. “One of the things that we can do as adults is model failure with grace. We absolutely failed in this situation and our team is working to try and rectify the mistakes that we’ve made.”

Sometimes in school it’s the faculty who learns a lesson. Good for this district for addressing their controversy head-on and maturely.

Hopefully more schools are able to handle the lunch debt issue with the same sensitivity.