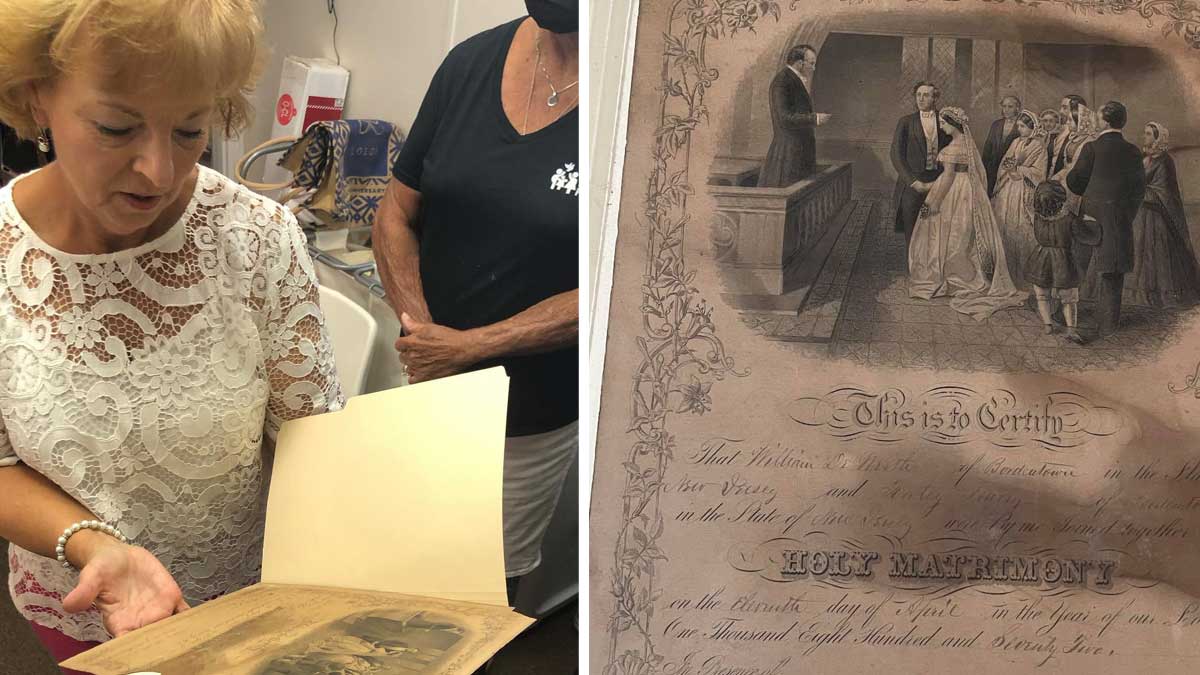 You can find a lot of unique treasures at thrift shops. What’s worthless to you might be priceless to another.

Over the summer a painting of a dog and a young girl had been donated to a thrift store in North Carolina. While not necessarily special, what was hidden in the painting’s frame was incredibly rare.

And it led to an extensive search that thankfully resulted in a happy ending for one New York woman.

Sometime over the summer, staff at the Hope Chest Thrift Store in Bolivia, North Carolina received a painting to be donated, and during their sanitization process they discovered a marriage certificate hidden in the frame.

But it wasn’t just any old marriage certificate; it was from 1875.

She shared a picture of the painting and the marriage certificate on Facebook and asked for help.

The certificate for was a William DeWorth and Katharine “Katey” Havey who had married on April 11, 1875.

“I have very concrete memories of my grandfather telling me story after story about family [members],” she told Fox News.

“I think it’s just so beautiful because it really gives you that realization that your parents, even though you’ve only known them the time that you’ve been alive, they had this whole life before you.”

Many on social media jumped at the opportunity.

But it was Connie Knox who was able to locate the living descendant of the New Jersey couple from the certificate.

Knox, who is a genealogist, used Ancestry.com, to locate DeWorth and Havey’s living descendent and found Irene Cornish, the couple’s great-granddaughter.

Cornish, 65, confirmed she was related to the couple and traveled from her home in New York to North Carolina to retrieve her family’s long-lost possession.

Now that she has a piece of her family in her hands, she hopes to continue researching her great-grandparents.

“We read about history, but our ancestors are our own history,” Cornish said. “And that’s why I’m fascinated by it.”

What an incredible find! And what’s even more amazing is that they were able to find the couple’s living descendent.