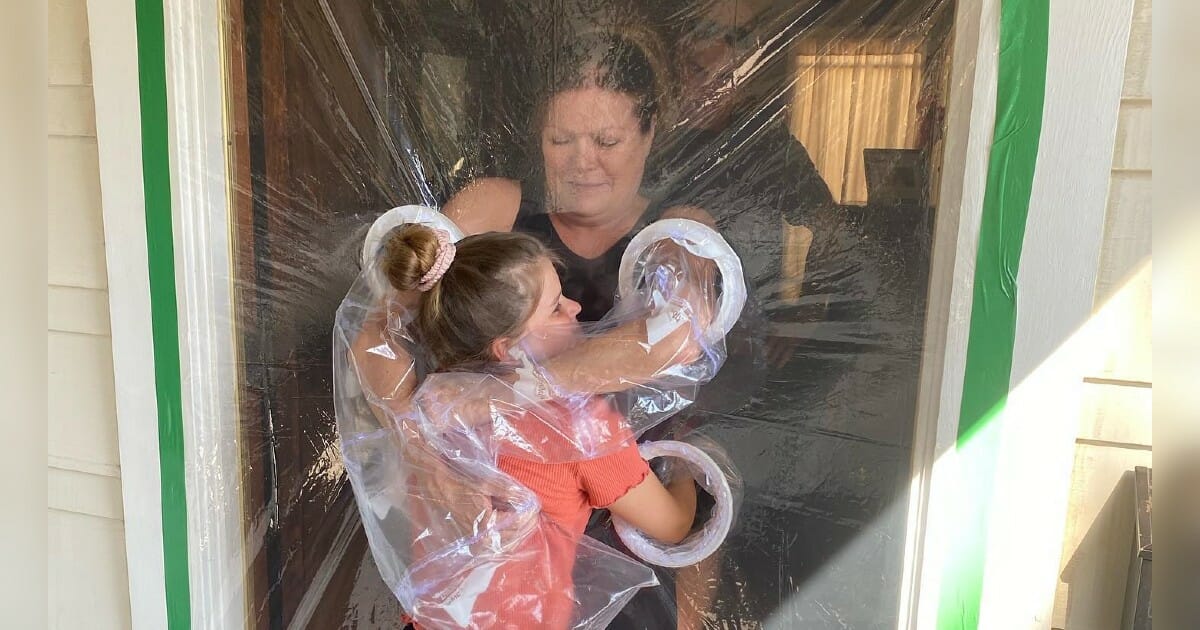 As time ticks by it gets harder and harder for family and friends to remain apart. While some have resorted to car parades for celebrations, there’s it’s hard to replicate the feeling you get from a hug.

So, one 10-year-old girl took it upon herself to create something that would allow her to hug her grandparents and her unique idea went viral.

Paige wanted to hug her grandparents, but without a safe way to do it during the coronavirus pandemic, she had to come up with something creative.

The 10-year-old remembered seeing someone else use a “blanket” and wanted to make her own.

“She came up with the idea, she laid it out in the family room and spent multiple hours working on it,” Paige’s mom, Lindsay Okray told ABC 7.

Lindsay, who is a nurse in a COVID-19 unit at Riverside Community Hospital in California, was happy that her daughter was able to come up with a way to hug her grandparents while remaining safe.

“This girl is so freaking amazing ❤️ and we were so happy to be able to hug them!!” she wrote on Facebook.

What an awesome idea! I bet a lot of families would benefit from making something like this.