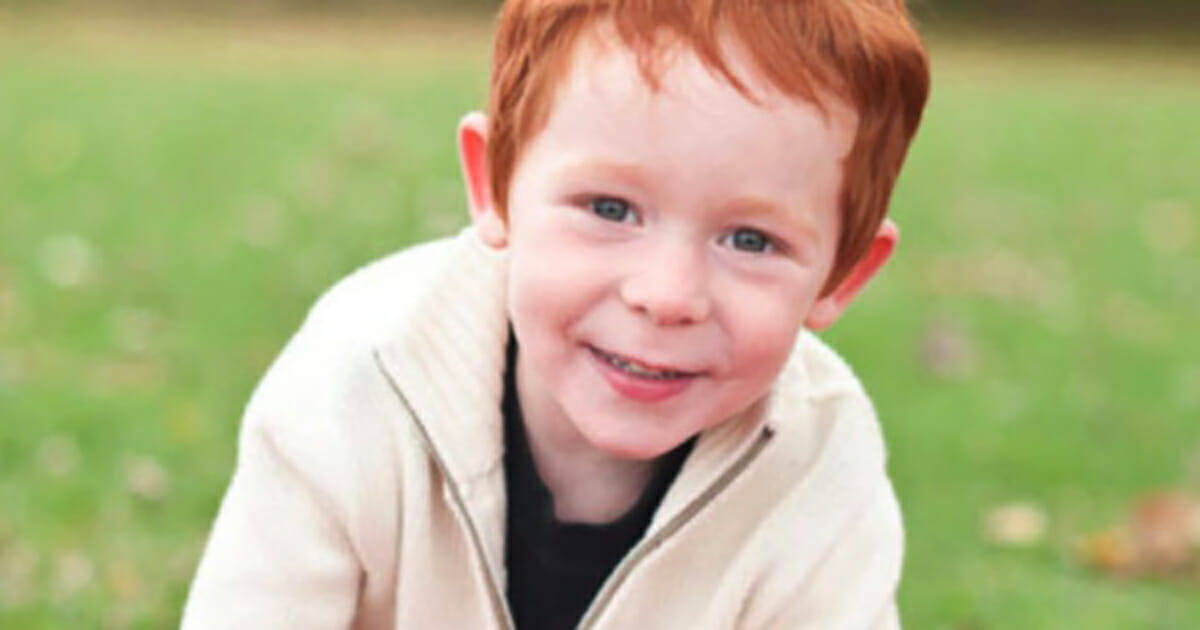 Bullying. It’s a word that fouls the palette, a concept that almost all of us detest.

And yet to say it no longer features in society is wrong. Unfortunately, try as we might, it seems it’s a scourge that’s almost impossible to permanently extinguish.

Bullying can be present in workplaces and social teams and clubs, but it’s perhaps most evident amongst children. Of course, most children take time to develop their sense of right and wrong, and so perhaps aren’t so worthy of the same criticism as their adult counterparts who should know better.

Even so, that’s of small consolation to the victims. Just ask the mother of three-year-old Noah Gilbert, who was forced to listen as her son was subjected to abuse for the color of his hair …

According to reports, the incident occurred when 28-year-old Lauren and three-year-old Noah boarded a bus. On said bus there were teenagers seated, those who began to make fun of Noah for his ginger hair.

Incredibly, the insults went as far as to say, “I would hate my child to be ginger, I would kill it” and “all kids with ginger hair should go straight to social services.”

Though Noah is only three, he was able to understand and comprehend what was being said. Enough, in any case, to become upset later on.

He wondered why he wasn’t blonde like his brother Charlie, and so put the question to his sibling.

His brother’s response was a poignant one, and it wasn’t long before Lauren took to Facebook to write a post that would soon garner viral status.

She wrote: “He hasn’t stopped asking me why people don’t like his hair. He asked me if I could change it for him so people will like it. I can feel my heart breaking every time he asks me.

“It isn’t okay to bully somebody for their hair colour, not now. Not ever.”

The post quickly became a hit, with over 18,000 liking it and no end of other parents writing to defend little Noah and offer him support.

“This has had such an effect on Noah, it’s just unfair,” Lauren continued. “I have naturally ginger hair too and I remember being bullied growing up, but not as young as three.”

Lauren’s now looking for an apology from the teen responsible, and has contacted a high school to ensure he says sorry to Noah in person.

Even so, her experience is a small drop in the ocean of problems bullying causes every single day around the world. If we’re to effectively stamp it out, we need to continue to eradicating it root and stem wherever we find it, by both calling out those responsible and offering support to victims.

If you want to help us, share this article on Facebook to show Noah he’s not alone.

Together, we can stand up to bullying.