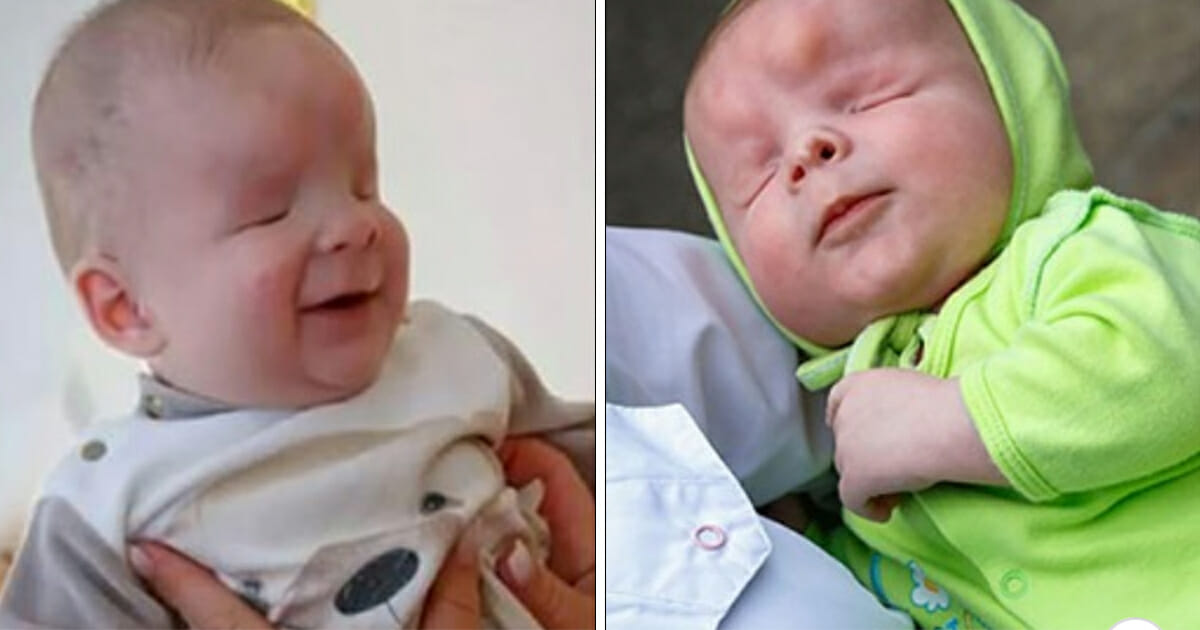 A smiling orphan baby born with no eyes found a new home for Christmas after receiving offers from around the world.

As per Russian medics, little baby Alexander K – known as Sasha – is one of only three registered babies to have been born with no eyes.

The Siberian Times documented the eight-month-old infant’s search for a new home earlier this year. Now, as per reports, he’s finally found one.

It should come as little surprise that Sasha, who is otherwise perfectly healthy, received numerous offers from those looking to adopt him.

A Tomsk childcare official explained: “Little Sasha was taken into care by a Russian family from a different city. They are in the process of getting the adoption documents ready.

“It happened during the last month. Once the documents are done, Sasha’s adoption will officially be complete. But even at this stage we cannot reveal any more details about the family. We are, of course, very happy for baby Sasha and wishing him and his parents all the best.”

It’s said Sasha’s mom learned of her baby’s rare condition late during her pregnancy. She decided that given her circumstances she wouldn’t be able to sufficiently care for home, instead delivering him to an orphanage.

Sasha has been fitted with tiny eye orbs to ensure his face grows as normal, but barring any groundbreaking technology it’s unlikely he will never see.

We’re just happy Sasha has a loving family and a home to give him everything he needs.