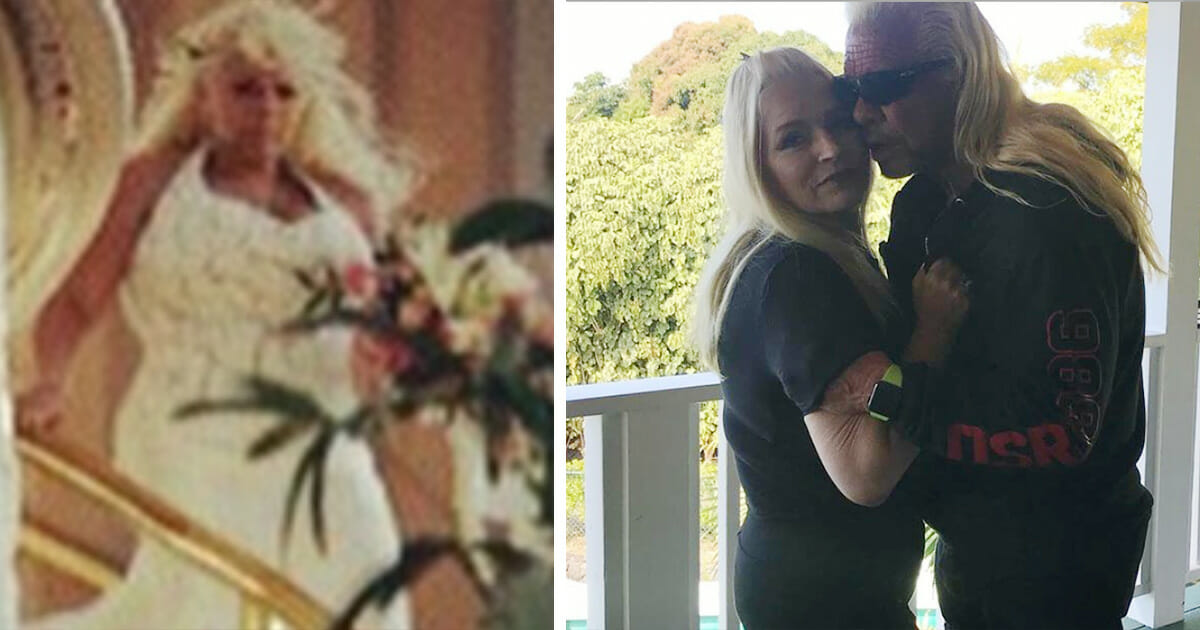 Beth Chapman may be in the midst of her most difficult fight to date, but she’s not about to let that stop her expressing her love for husband Duane.

Beth, who was diagnosed with cancer for a second time late last year, took to Instagram to celebrate the pair’s 13th wedding anniversary by uploading photos from their special day.

Duane ‘Dog the Bounty Hunter’ Chapman has been by Beth’s side throughout all of her trials and tribulations, and admitted recently he had cried many tears as he watched her fight cancer.

Even so, Beth has remained her usually resolute self, inspiring fans around the world with her approach to the adversity.

Despite her cancer having been termed as “incurable“, the 51-year-old has continued to work alongside her husband when it comes to collecting bounties. The couple’s new show ‘Dog’s Most Wanted’ is a 10-part series that will air on WGN America, with filming underway now.

Earlier this month, Beth heralded the power of faith during her battle with stage 4 lung cancer. Having refused chemotherapy treatment, she instead told churchgoers on Mother’s Day that she’s drawing her strength from the Lord.

“I don’t go to God and go….why did I get cancer? He will roll his eyes at me, because I know why — because it’s the ultimate test of faith,” she said.

Seriously May 20th Anniversary is officially on Hold due to bad weather !

As for her anniversary with husband Duane – the couple have been married for 13 years – any celebrations were postponed due to bad weather. Beth did take the time to mark the occasion by posting lovely pictures to Instagram, however.

We’re wishing Beth Chapman all the very best in her fight with cancer, and will continue to send prayers and thoughts.

If you’re rooting for Beth, share this article on Facebook to help her and Dog celebrate their anniversary.