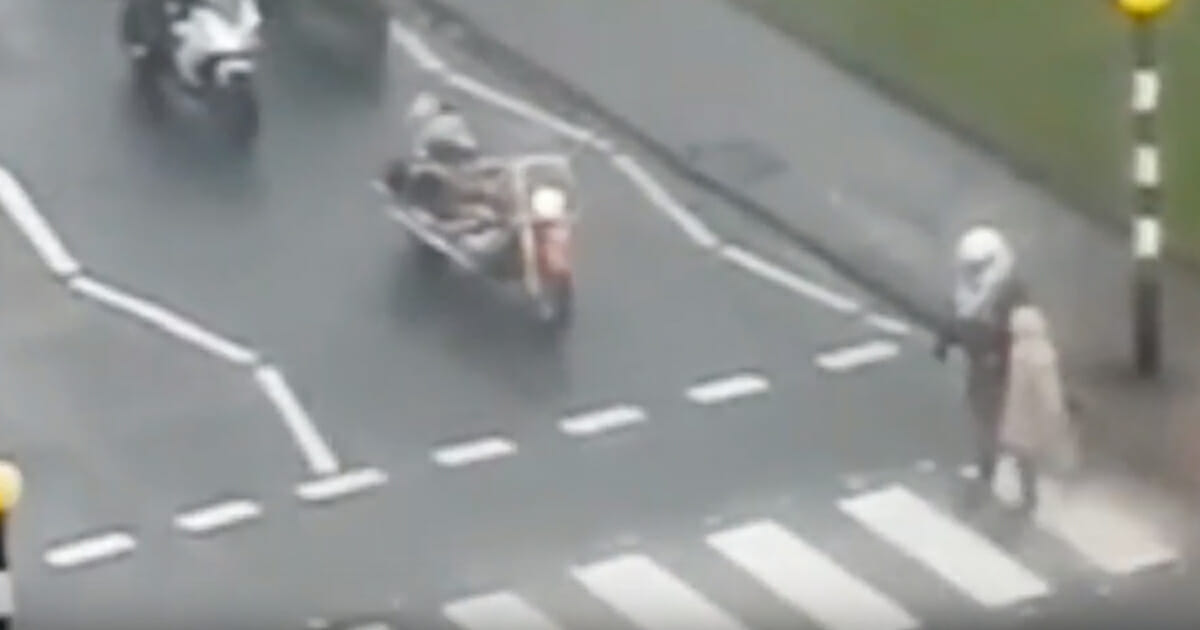 Whilst there are comforts that come with getting old (no work, watching your grandkids grow up, having a wealth of experience, to name but a few) there are also downsides.

For many people, the idea of not being able to do things that you once did with ease is a major concern. Simple tasks such as climbing stairs or crossing the road can become daunting challenges. From time to time even the most independent elderly people require a helping hand from those younger than them.

In the video, filmed in North Ayrshire, Scotland, a pensioner can be seen waiting at a zebra crossing (for which cars should stop anyway) whilst at least two motorists are seen to fail to even slow down.

However, a mystery biker is later witnessed stopping his bike, getting off and then offering the lady his arm.

The footage, captured by Angela Mcadam Blakey, was caught on Sunday and later uploaded to Facebook. It’s since proved to be a huge hit with the online community.

At the end of the clip, the biker gets back on his bike and leaves the scene with four others, but he can be satisfied knowing he’s made that old lady’s day!

How anyone can keep driving when there’s a tired elderly lady waiting to cross the road, we’ll never know.

Good on this stranger for proving there’s still chivalry left in the world!