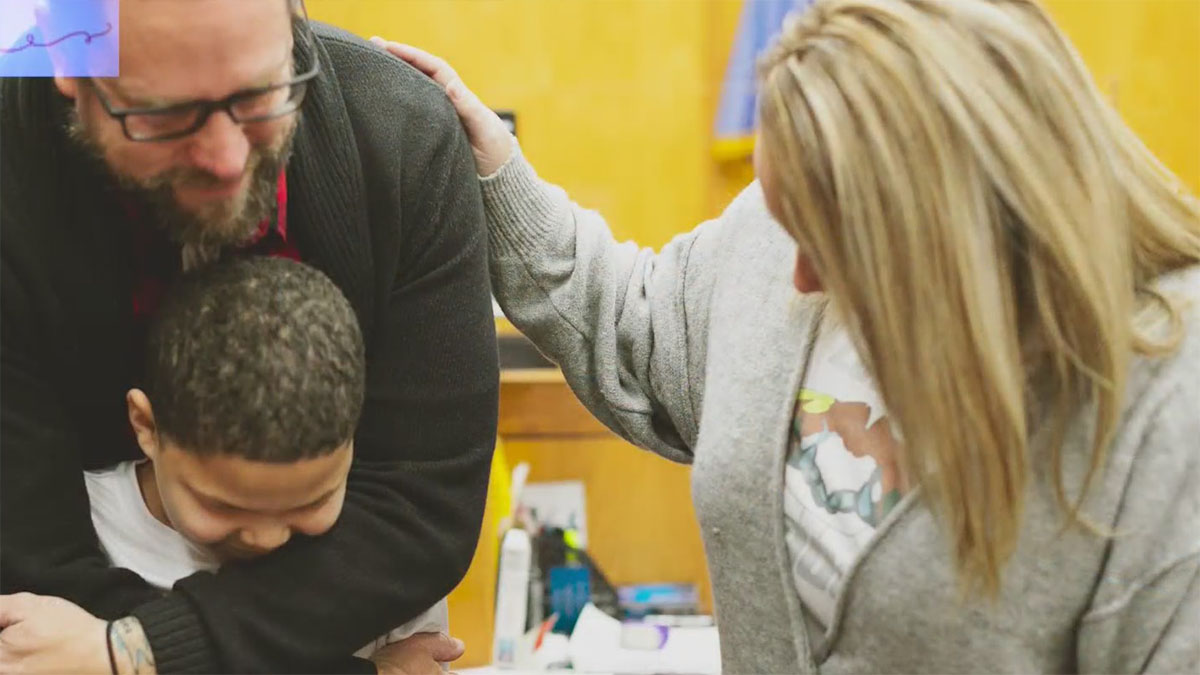 After years of spending time with multiple foster families Elijah finally heard the words he’d been waiting to hear – he was going to be adopted.

The 9-year-old, from Oklahoma, was placed with the Mays family in 2016 and from day one was considered part of the family.

His dreams of one day finding a forever family were finally realized when he was gifted a photobook from the Mays with the message that he would soon be adopted.

But little did Elijah or the Mays know how long that process would take.

The process from foster to adoption was delayed due to court issues and while he waited to officially become part of the Mays family his soon-to-be parents even adopted another child before him.

Thankfully the big-hearted Mandi and Jon Mays, who have been foster parents for 7 years, never gave up and after 2,710 days in DHS custody Elijah was finally adopted.

“There was nothing you could do to make us move anybody,” said Mandi.

And to celebrate this smart young man wanted to visit the Oklahoma State Capitol to talk to the current governor about walking in his shoes one day.

Elijah said he wanted to be a governor “Because I can be boss.”

I wish this wonderful young man a happy and successful future. I’m so glad the Mays have given him the loving home he so deserves. Please share.