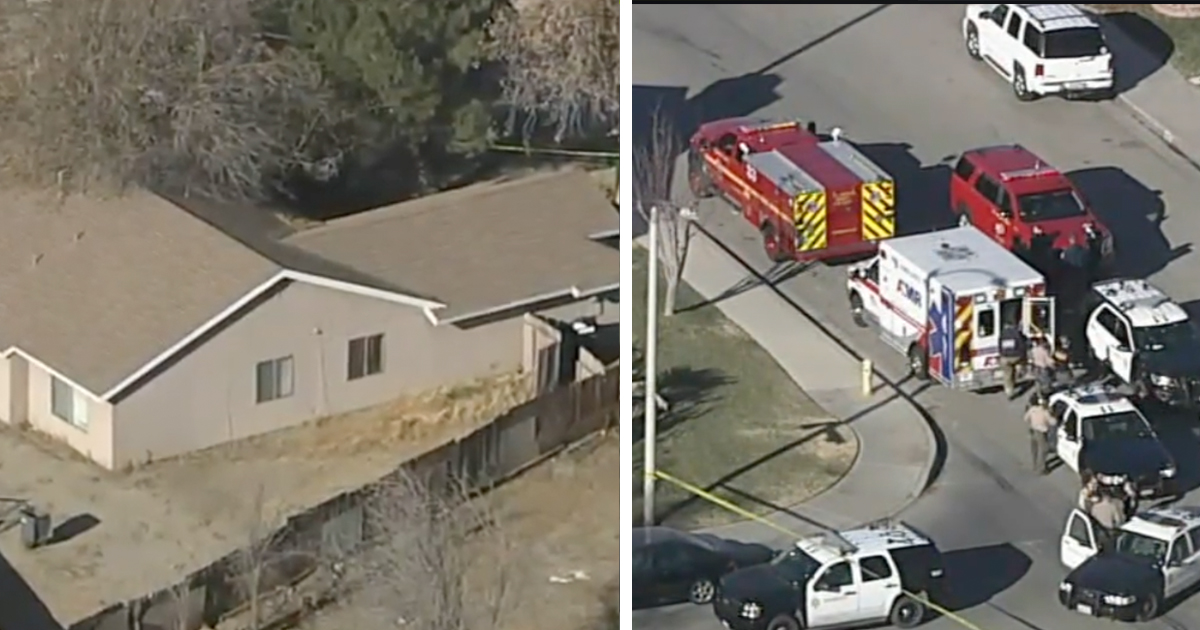 A 34-year-old father in Lancaster, California, has been formally charged with murder and stands accused of decapitating two of his teen children before forcing his two younger kids to look at their bodies.

As per shocking reports, Maurice Jewel Taylor Sr, a personal trainer, was charged with the murders of 12-year-old son Maurice Taylor Jr. and his 13-year-old daughter Malaka. He was also charged with two felony counts of child abuse involving his 8 and 9-year-old sons.

Prosecutors in the case say that the two victims were stabbed on November 29, and that their younger siblings then had to view the headless bodies before being locked in their bedrooms over several days without food.

Authorities discovered the bodies of the two slain teenagers when they arrived at Taylor Sr.’s home in Century Circle, Lancaster at 7:50 a.m. last Friday.

Los Angeles County Sheriff’s Lt. Brandon Dean said the suspect’s wife and their other two children were questioned by homicide detectives. Taylor Sr. was then arrested shortly before 6:30 p.m. Friday.

The suspect worked as a personal trainer at a physical therapy center in Santa Monica, but had been running virtual sessions over Zoom as a result of the ongoing COVID-19 pandemic.

Authorities were initially contacted by several clients who had been unable to reach Taylor for scheduled appointments in the weeks leading up to the discovery of the victims.

Taylor is currently being held on a $4.2 million bail. He is set to be arraigned on December 21.

As per the Los Angeles County District Attorney’s Office, the 34-year-old is facing a potential state prison sentence of 57 years and four months to life if convicted of the charges.

Such a barbaric and mindless turn of events has no doubt shaken the entire community. I can only imagine the grief the family of the victims must be feeling right now.

Rest in peace, Maurice Taylor Jr. and Malaka. Our thoughts and prayers are with their loved ones.