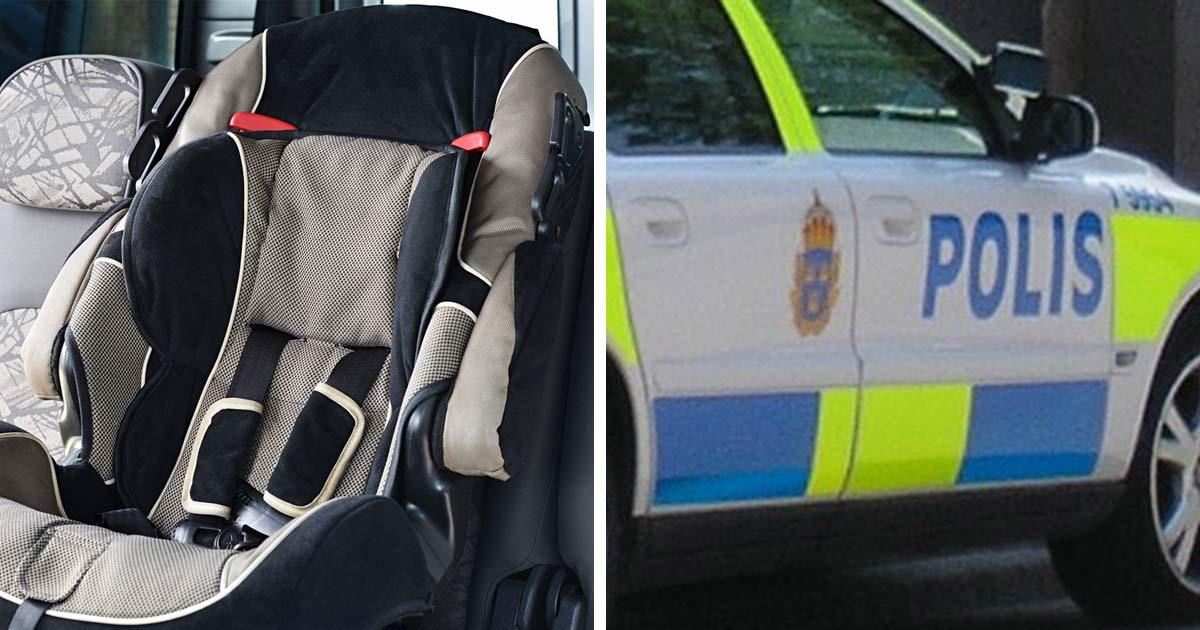 Recently, the weather has really warmed up, and in some places, it already feels like summer has arrived. And whenever it’s hot outside, it’s even hotter inside our cars. So it’s important to remember that it’s quite dangerous to leave small children or pets alone in the car while running errands, for example. Last week, a little boy in Sweden had to endure stifling heat when his dad left him alone in the car for at least 15 minutes. Luckily, a passerby noticed the boy and made sure he was okay. But still, the event serves as an important reminder to never leave children or pets in the car when it’s hot out.

Last week, a woman made a shocking discovery in a supermarket parking lot in the Swedish town of Granna. She saw a little boy trapped in a hot parked car. The outside temperature was almost 80F (26C), so it must have been much hotter inside the car.

According to the woman, the distressed little boy was sweating profusely. The woman stayed by the car and waited for at least 15 minutes until the boy’s dad returned.

When the woman confronted him and pointed out that his son didn’t look well, the man reacted aggressively and insulted her before fleeing the scene. For this reason, the woman reported him to the police.

“We know who the man is and he’ll be served on suspicion of endangering another’s life,” said police officer Lasse Johansson. “It gets extremely hot in cars, and the temperature can quickly get up to 120 F (50 C). You should absolutely not leave children or pets in a car when it’s hot out.”

The officer also said that the woman wouldn’t have been at fault if she decided to break the car’s window.

While this happened in Sweden, a relatively cool country, the danger is even greater in many other countries, including America.

If you see a baby or pet in a hot car, here’s what you should do:

* Check whether the car door is open and if possible, open the door.

* In case of an emergency, break a window. If possible, choose a window that’s not near the baby or animal to prevent glass fragments.

Please share this article so that more people can learn the dangers of leaving children or animals in a hot car.
Published by Newsner, please like