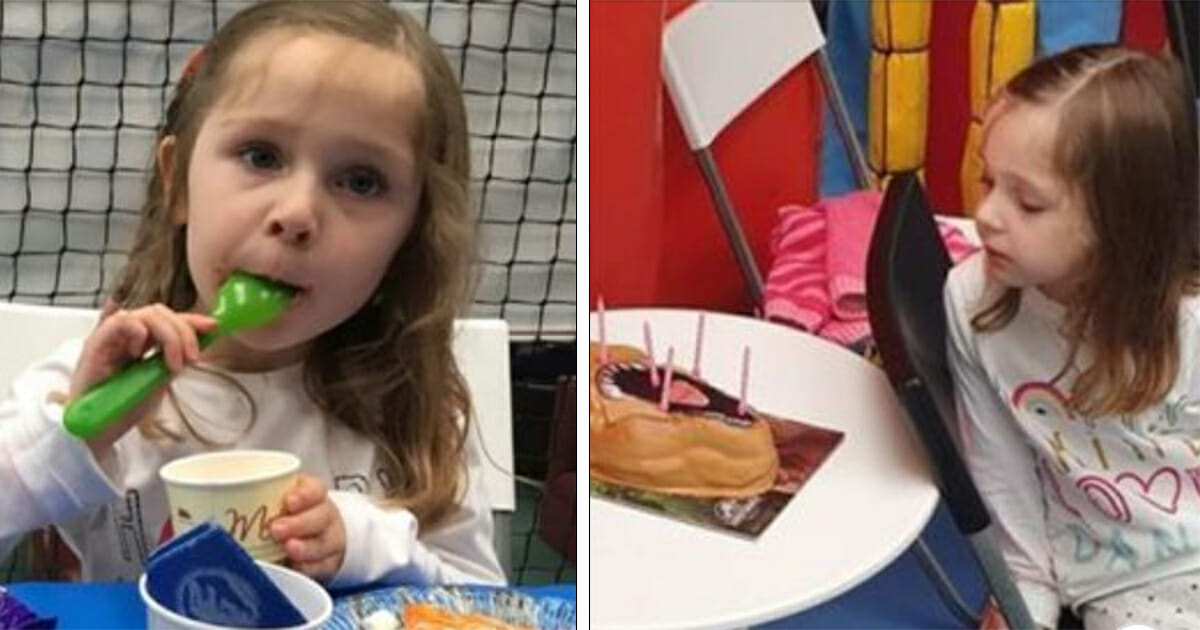 A dad who was left heartbroken when only two people showed up to his little girl’s birthday party has revealed he was “overwhelmed” after strangers responded to an online appeal.

According to reports, five-year-old Remi, who has autism, was so upset when children failed to turn up to her party tat she asked her mom: “Where are all of my friends?”

Around 10 of Remi’s friends had been invited, but two pulled out of the day, whereas six others failed to RSVP at all.

Dad PJ Robins, from Wales, UK, explained: “It was really very sad that none of them had bothered to respond really. One of the things with the autistic spectrum is that last minute changes are terribly distressing, especially to Remi.

“We’d already told her about the party and that we’d invited her friends so she was expecting her friends to be there.

“At one point she turned around and said ‘Mummy, where are all of my friends?’ and that was like a knife in the heart.”

Not willing to rest on his laurels, PJ took to a local community group on Facebook asking strangers to drop by if they had the time. 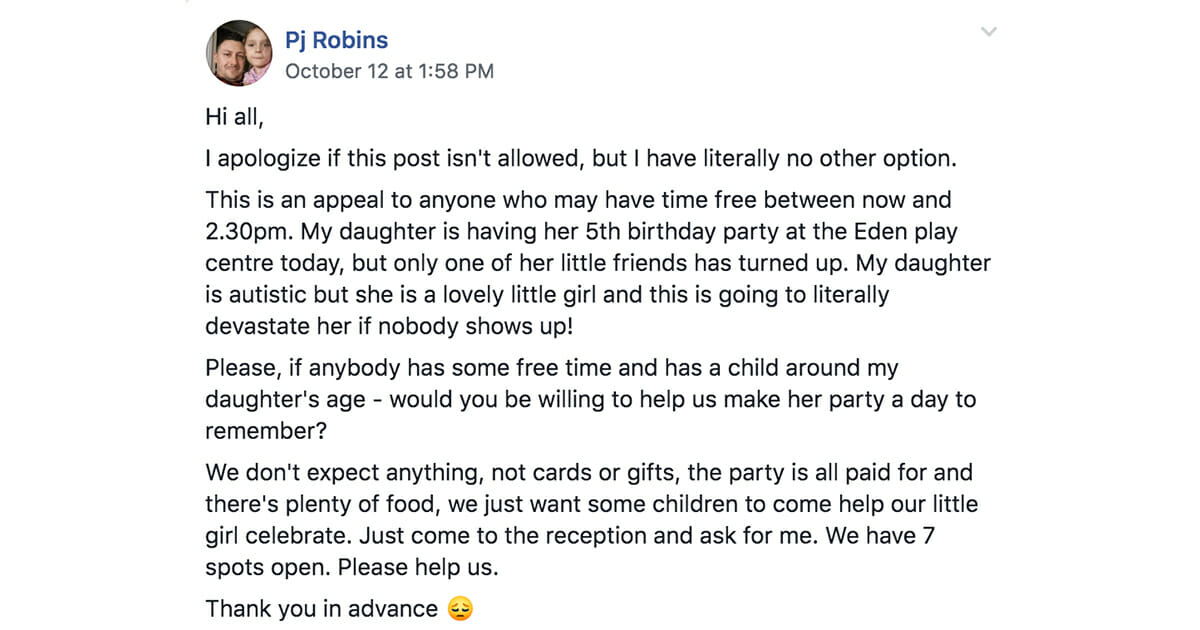 His heartfelt plea read: “Please, if anybody has some free time and has a child around my daughter’s age – would you be willing to help us make her party a day to remember.

“We don’t expect anything, not cards or gifts, the part is all paid for and there’s plenty of food, we just want some children to come help our little girl celebrate.”

The response bowled him over. 14 children and parents turned up to Remi’s birthday party, with a number of others stopping by to wish her a great day. Not only that, but PJ’s post was shared more than 1,000 times, and plenty of people have reached out to him.

“Remi was a little bit bewildered, if I’m honest,” he said. “She had two friends there and then suddenly she had all these other people wishing her happy birthday.

“The response was truly overwhelming, and we’re still receiving messages from people in connection with the appeal, asking for our address so they can send cards, or drop in and meet Remi.

“A lot of people have also reached out with their own stories of parenting children on the autistic spectrum, offering their support, play dates, and so on.”

This is what I truly love about social media, and what, in my opinion, it should be used for.

We’re so happy Remi got the birthday she deserved! Great quick-thinking from PJ, way to go dad!

Share this article if you, too, want to wish Remi a happy birthday!