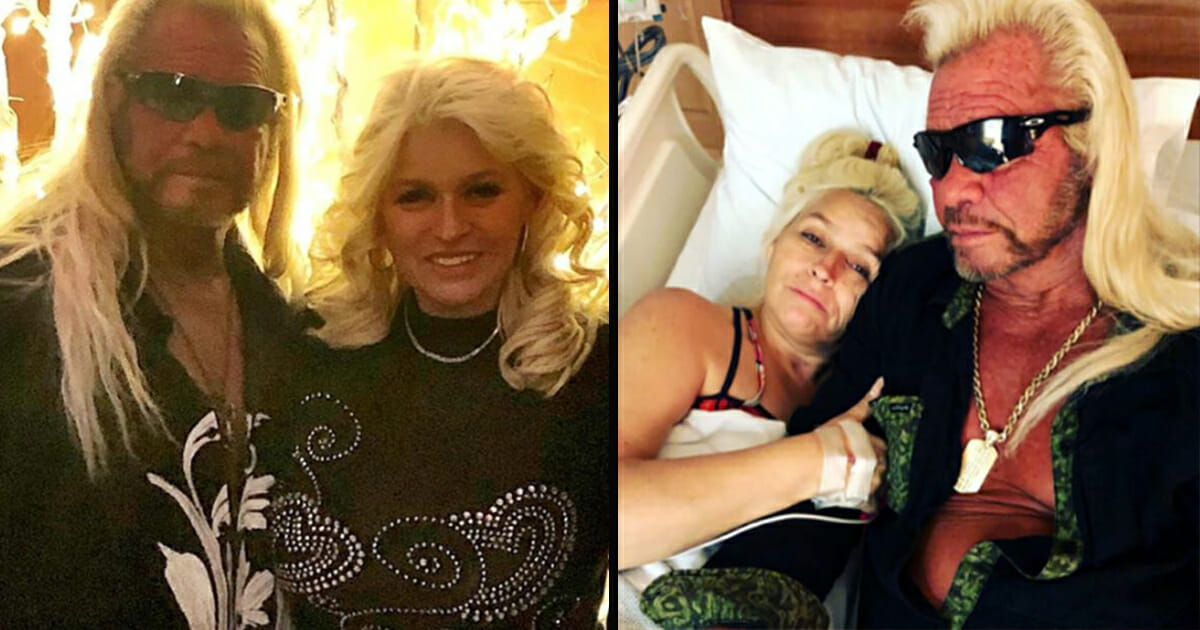 Duane ‘Dog the Bounty Hunter’ Chapman and Beth Chapman are preparing for the battle of their lives as Beth continues her second fight with cancer.

The 51-year-old was diagnosed with throat cancer in September 2017, though on that occasion beat the disease and went into remission.

Sadly, in November of this year it was found to have returned, and this time it’s spread to other areas of her body. Despite having surgery to remove a mass in her throat, earlier this week it was confirmed that the cancer is now in Beth’s lungs.

Despite the odds stacked against them, however, the Chapman family remain resolute.

As per E News! they said: “Beth is very strong, very healthy and very active.”

The same report also states that Duane has returned to full-time bounty hunting in an effort to absorb some of his wife’s medical bills.

Beth, meanwhile, is doing her best to stay busy as she combats cancer for a second time. Dog revealed only a few days ago how his wife has been trying to plan her funeral, despite it being against his wishes.

“She’s like, ‘Here’s the casket I want, and here are the flowers,’” Chapman said, as per the Daily Mail.

Despite the grim odds, the family continues to tackle the cancer head-on.

In order to do that effectively they need all of our thoughts and prayers.

Share this article to show your support for the Chapman family!