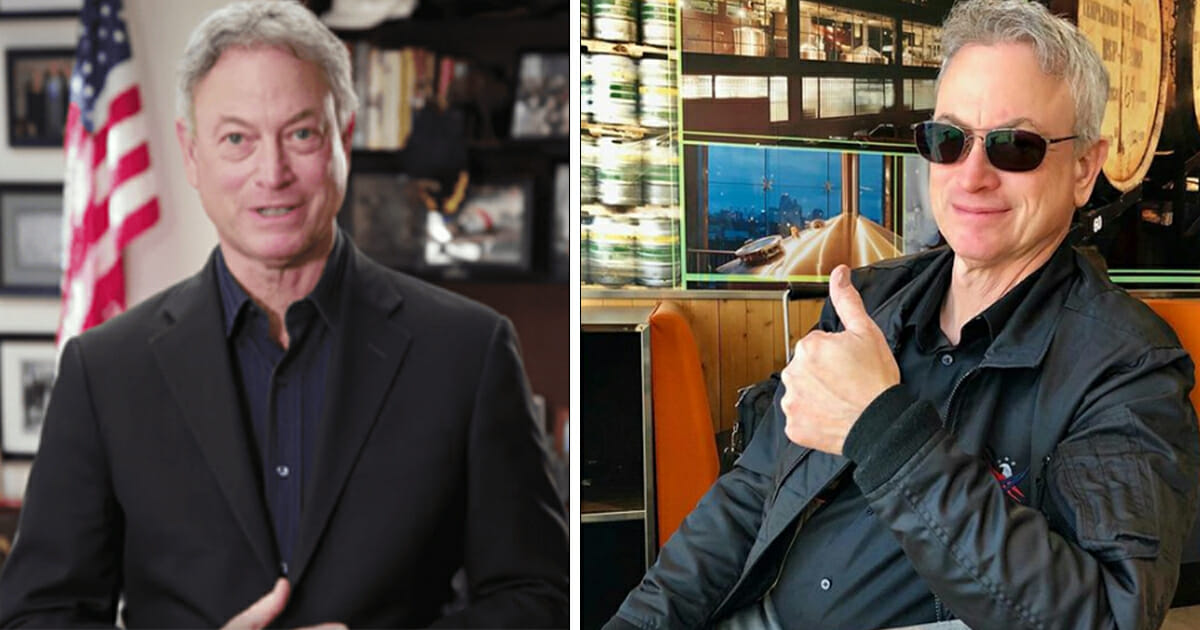 It’s long been confirmed that Gary Sinise is one of the good guys in Hollywood.

From gifting a smart home to a Green Beret who had lost his legs, to flying the children of 1,000 fallen soldiers to Disney World: he has a heart as pure and wholesome as his love for America is passionate.

Which is why it’s no surprise that Gary is making headlines again for exemplary deeds. According to reports, the Gary Sinise Foundation has announced it is to donate more than $52,000 to the Henderson City-County Rescue Squad, an all-volunteer agency whose purpose is to respond to various incidents in Henderson City and County.

Through your donations, the Gary Sinise Foundation was able to award more than $52,000 to the Henderson City/County Volunteer Rescue Squad for new gear and life-saving equipment. Check out the article & video about our donation to Henderson's heroes. https://t.co/krpqhv1TfL pic.twitter.com/Q9Ro8Q6iIz

Though it may have long since been established that Gary Sinise is a wonderful human being, we don’t think we’ll ever tire of promoting his charitable work.

“Without these funds, volunteers are often forced to do the best they can with old and worn equipment and gear, compromising the ability to do their work safely and effectively. On behalf of the American people who support the Foundation, it is our honor to support the Henderson City-County Volunteer Rescue Squad. I salute you!”

Hey Folks,
I just wanted to say Thank You to everyone who continues to support the Gary Sinise Foundation. You are a part of our big GSF family, folks who have joined me and my team in this mission to honor and serve our defenders & the families who sacrifice alongside them.

Chief Bryant Woodard, who has served in the rescue squad for three decades, revealed that such a donation will be invaluable when it comes to upgrading the equipment available to the department.

“This is a tremendous help for us. It’s like Bryan said earlier, it would take four, five, six years to accumulate enough money to purchase this equipment,” he said.

“We now will have extrication equipment on all three of our trucks.”

I distinctly remember meeting Army SFC @michaelschlitz back in 2010 on the set of CSI: NY, and we became fast friends. He inspires me every day and I couldn’t be more honored to have him on our team at @garysinisefoundation, helping us help more folks. God bless you Mike. Thank you for not only your service in the Army, but your continued service to your brothers and sisters in arms. Rangers lead the way!?? *To learn more about Mike, please visit the link in my bio

The new equipment will certainly aid the department in doing what they do best: helping others. That, in a nutshell, is why Gary Sinise – and indeed the other fantastic people who work at his Foundation – is rapidly becoming a household name associated with brilliant gestures and steadfast philanthropy.

Bryan Coghill, assistant chief for the rescue squad, was also delighted with the donation. He said: “I hope we don’t have to use this equipment anytime soon. But I want to thank the foundation. Because for us to be able to purchase this equipment would be three to four years of money out of our budget.

“Now, that money can go toward even more equipment to be used to better serve the community. With this new equipment, we can be ready in 30 seconds. It’s a life-saver.”

Thank you AGAIN, Gary! Yet more lives changed for the better because of your selfless actions.

Please share this article to pay tribute to the legend that is Gary Sinise.