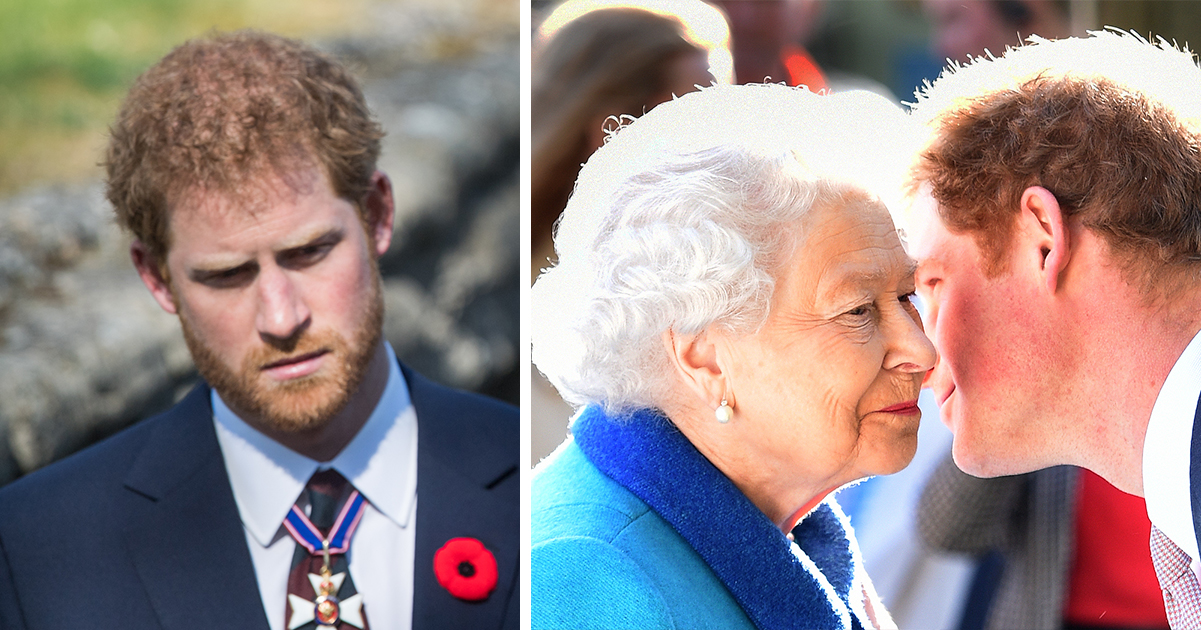 Losing a beloved family member is indescribably difficult under any circumstances.

Grief is a long and arduous road, and not one that follows any sort of linear path. No, the mourning process is unique for each and every one of us, presenting challenges and tending to wake an array of emotions that are almost impossible to ever fully prepare for.

Which is why I can scarcely begin to imagine the idea of grieving for a loved one with the eyes of the world watching me. Coming to terms with the death of someone close is hard enough as it is, let alone attempting to do it when your every move is analyzed and written about.

For the vast majority of people in the UK, there has never been a monarch not named Elizabeth. At least not in living memory.

Arguably one of the most well-loved, well-respected figureheads in history, Queen Elizabeth sat the English throne for an incredible 70 years, overcoming trials and tribulations and retaining poise and dignity until the very end.

Yet Father Time comes for queen and pauper alike. Last week marked the end to a glittering reign that began all the way back in February, 1952.

It should go without saying that living in the sear of such a spotlight presents a whole raft of challenges. One thing’s for certain: it makes grieving the loss of a loved unfathomably complex.

Spare a thought, then, for Prince Harry, who knows more about what the pressures of the paparazzi press can do to someone that almost anyone else on the planet.

The tragic story of Princess Diana – hounded by the press so often that it took a very real toll on her happiness – is well known by all. The same fate, it could be argued, almost befell Meghan Markle, before she and Prince Harry decided to step back from their royal duties for good and move to the US.

Whilst it’s true that Harry has been on UK shores since his famous fall-out – he was there for the funeral of his grandfather, Prince Philip, only last year – it’s relatively safe to surmise that his relationship with immediate family members remains strained.

Yet despite any animosity shared between Harry and his relatives, new reports suggest that he and the late Queen Elizabeth shared a unique bond that transcended even the long distance between them after his move across the Atlantic.

Harry made every effort to reach Balmoral when word of the Queen’s ill health became apparent. He, along with the rest of Elizabeth’s inner-most circle, hastened to be with her during her final moments in this world.

Sadly, Harry arrived after the Queen’s passing, while other reports state that he wasn’t invited to a dinner shared by Prince Charles and Prince William later that evening.

Even so, there can be no doubting the respect and love the Duke of Sussex had for his grandmother.

Since her death, he and Meghan Markle have taken the time to meet crowds of people flocking to pay their respects to Queen Elizabeth. The Sun newspaper reported that while doing so, he said: “It [the castle] is a lonely place up there now without her.”

He went on to add: “Every room she was in, we felt her presence throughout.”

That Harry and Queen Elizabeth shared a special sort of bond is hardly surprising. The late monarch is said to have helped him immensely after the passing of his own mother, Princess Diana, when he was only 12 years old.

Furthermore, the grandmother-grandson connection they forged survived Harry’s exit from the royal family and subsequent relocation to the US – it should be noted that his relationships with his father, Prince Charles, and brother, Prince William, are still speculated to have been significantly damaged by that very same act.

Indeed, after moving to the US, Us Weekly report Harry as having said:

“My grandmother and I have a really good relationship and an understanding. And I have a deep respect for her. She’s my Colonel-in-chief, right? She always will be.”

Harpers Bazaar, meanwhile, have previously suggested that the Queen gave her full support to Harry when he left British shores and effectively removed himself from the royal fold.

The relationship of Harry and the Queen is even said to have stretched as far as pranks and jokes shared between the two (the Queen playing pranks, who’d have thought it?!).

As per Harpers Bazaar, Harry and the Queen had lunch together on the final day of his royal engagements, before he and Meghan officially stepped back from their roles. There, the Queen is said to have given her support to his decision, and stated that she would be behind him whatever he chose to do.

This, of course, appears to be in stark contrast to the opinions of now-King Charles on the matter. Charles and Prince William were said to be furious after Harry’s tell-all interview with Oprah last year, and relations between them don’t appear to have improved much since then.

Despite that, Harry did his utmost to always maintain contact with his grandmother and grandmother. PEOPLE even claim that he called Queen Elizabeth and Prince Philip on video call app Zoom, so that they could see their great-grandchild.

Harry told talk-show host James Corden that on one such call, the Queen asked him what Archie would like for Christmas, and then later sent the waffle maker that he wanted.

According to Hello Magazine, Harry was overcome with emotion during the ceremony for the late Queen Elizabeth’s lying in state at Westminster Hall. Harry walked alongside his brother and other close members of the royal family, but could be seen wiping tears from his eyes as his grandmother’s coffin was placed in the hall.

Donning a suit adorned with his medals, Harry reunited with Meghan inside the hall before they left together holding hands.

The pair have made it known that they will be staying in the UK until after the Queen is buried. This may mean that they opt to fly their two children, Archie and Lilibet, across the Atlantic with their grandmother on Meghan’s side, Doria Ragland.

Our hearts go out to Prince Harry and the rest of the royals as they mourn the loss of their great matriarch.

What’s your opinion on Prince Harry and the rest of the British royals? Do let us know thoughts and feelings in the comments box.

Meanwhile, share this article on Facebook to pay your respects to the late, great Queen Elizabeth II.