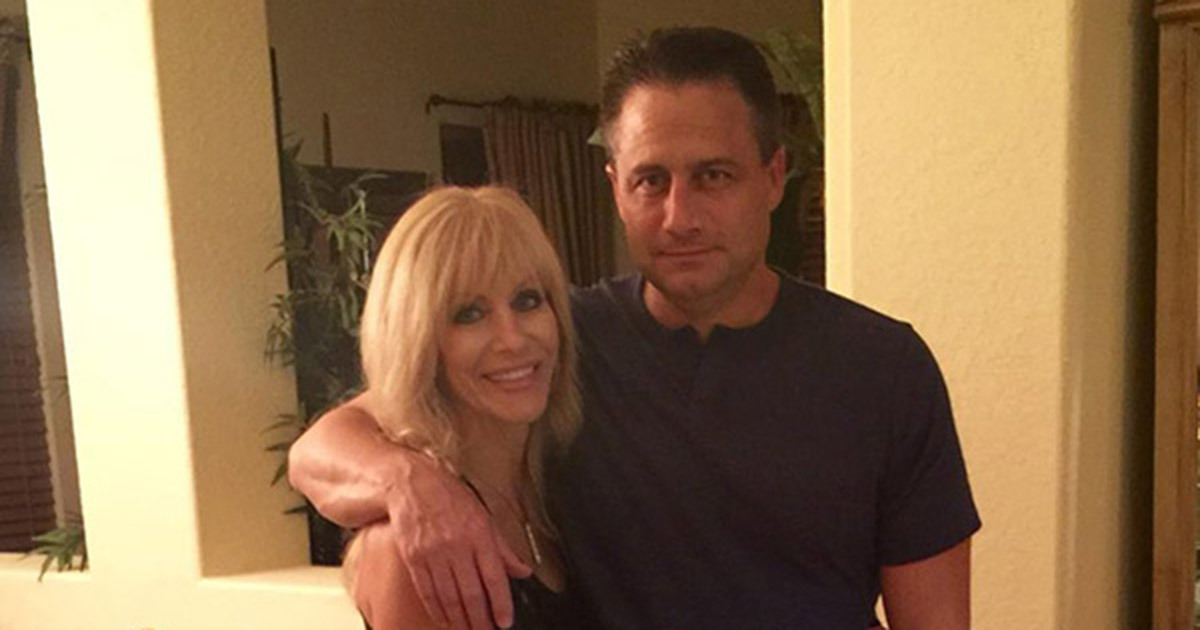 Nothing compares to receiving a nice bouquet of flowers. Flowers are often a simple but significant gift that send us a clear message: we are appreciated and loved.

This said, it’s no wonder mother Debbie Cardone was thrilled when one day, a large colorful bouquet was delivered to her door.

The flowers were from Debbie’s husband, and so it was understandable that she immediately assumed they were for her… but unfortunately, it was not long before she realized that her husband had someone else in mind as the recipient…

It’s only when Debbie opened the attached card that she noted that the flowers were not in fact destined for her.

”So flowers were delivered today. My husband is very good about sending random flowers to me. I thought “oh, isn’t that nice!’… then I read the card…”, Debbie wrote on Facebook.

Her husband had not intended the flowers to her – instead, they were destined for the family’s 10-year-old dog, Sebastian.

“Sebastian, Feel better you’ll be back in the game very soon. Love Daddy,” read the card.

Poor Sebastian had not been himself lately – he’d been recovering from a difficult knee surgery.

He was less energetic than usual and the saddened dad, who was away on a business trip, had therefore decided to try to cheer him up with a nice bouquet of flowers.

And it was indeed just what was needed to make Sebastian happy!

But this isn’t the end of the story.

Daughter Lily later spread the hilarious incident on Twitter, writing: “My dad sent flowers to my house today, and my mom thought they were for her. THINK AGAIN”.

Lily’s tweet spread like wildfire, and Sebastian was an instant online celebrity. Soon enough, even more bouquets began to pour in, with well-wishers wishing him a speedy recovery.

Even Debbie received a gorgeous bouquet in the end, when the flower company who’d sent Sebastian’s bouquet heard of her disappointment.

What a story! Share this with everyone you know who loves their pets (and adores flowers), too!