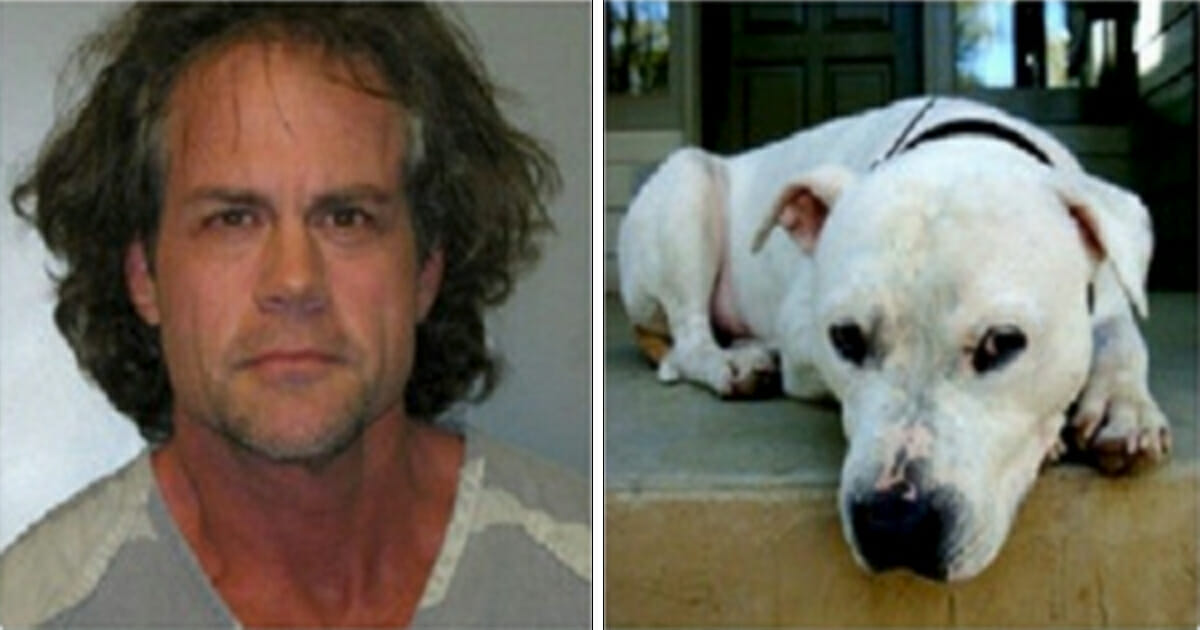 When I think of the immeasurable joy a dog brings, the unconditional love and the fierce sense of loyalty, I simply can’t imagine how someone could ever hurt one.

Of course, I’m not naive enough to think everyone else shares my view. I know there are horrible, bad people out there who take pleasure in harming animals, just as I know there are people who don’t consider a dog’s life to be as valuable and important as a human’s.

It seems as though every day I read about a dog being neglected, abandoned or abused. Few stories strike me like that of James Stewart Robinson, however, the man who pleaded guilty to an animal cruelty charge for slitting the throat of his family’s Staffordshire terrier.

That alone would be enough to leave me with a foul taste in my mouth. To make matters worse, though, Robinson was only ordered to serve on day in jail.

This is the face of 48-year-old attorney James Stewart Robinson from Birmingham, #Alabama. He murdered his dog. https://t.co/YmylTjVpkA

Robinson, a former Birmingham attorney, had pleaded guilty to one count of first-degree cruelty to a dog or cat, a class C felony, and one count of third-degree domestic violence. The latter charge related to a photo he sent to his now ex-wife of the dead dog, Rufus, after Robinson had slit his throat. Court records state he then also left a voice mail telling her: “your day is coming girl.”

As per reports, Robinson had grown angry when his wife filed for divorce in 2012, going weeks without sleeping properly. He said he was on Adderall when he killed Rufus, an American Staffordshire bull terrier.

Upon pleading guilty, Robinson apologized for his actions, stating that he had crossed a line “never in a million years I thought I would cross.”

Sentencing was imposed by retired Clay County Circuit Judge John Rochester, who had been specially appointed to hear the case. He ordered Robinson to spend one day in jail for violating a sanction against having contact with his wife, after Robinson reportedly wished her a Merry Christmas.

Even so, an innocent dog was slain and many feel that Robinson got off lightly.

What do you think? Should Robinson have received more than a handful of suspended sentences and one day in jail? Let us know in the comments box below.

Share this article if you stand up for all the dogs that have been victims of abuse, no matter how trivial! Together, we can make a better world for them.