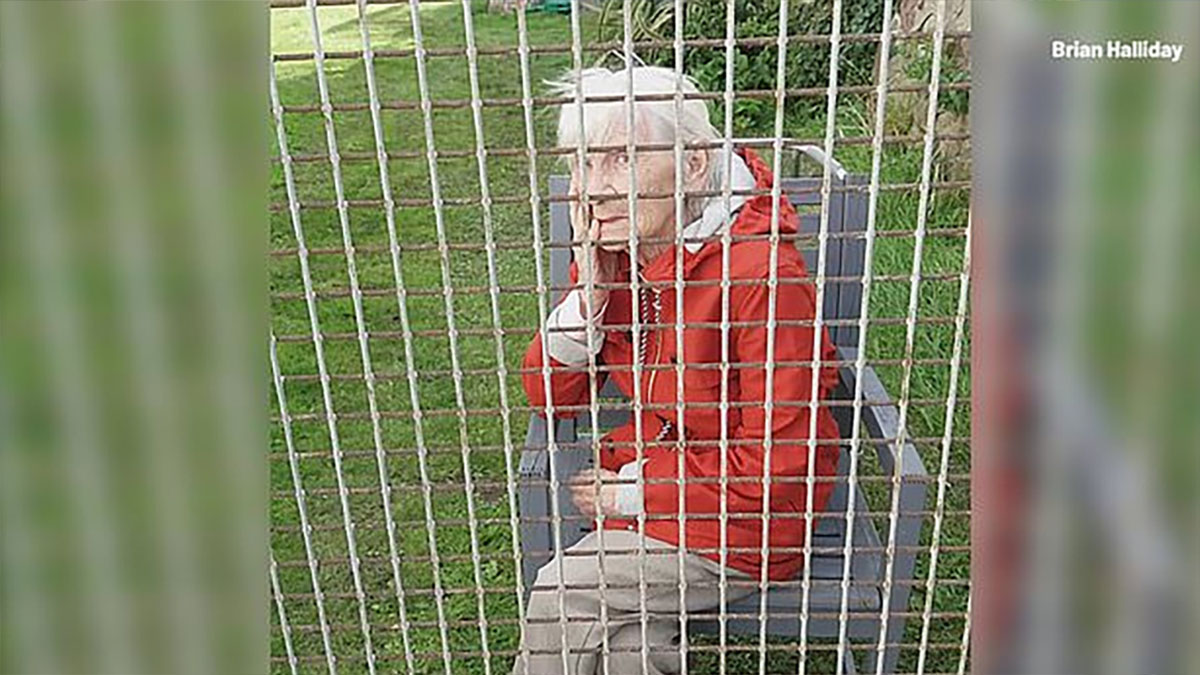 Brian Halliday is deeply concerned for his 89-year-old mom living in a care home who doesn’t understand why she can’t hug her son and grandchildren.

The 58-year-old from Scotland has only been allowed one indoor visit in the nine months since the first lockdown in March which lasted for 30 minutes and ended with his mom Agnes in tears.

Now he’s only allowed to see her through a wire fence as per the rules.

He says he’s very concerned for his mom who has asked him on a number of occasions if he can help her commit suicide.

“Every time I went to see her she was begging me to help her commit suicide,” Mr Halliday, from East Lothian, near Edinburgh, told The Metro

“I tried to keep her hopes up by telling her just to hang on a bit longer.”

The worried son says his mom feels like she’s been abandoned.

“I can’t get her face out of my mind and I’ve been unable to sleep and living in fear that they’ll stop me seeing my mother,” he continued.

Brian, who is his mom’s main carer, says Agnes has lost a lot of weight since going into the home in March and has broken her hip twice.

He took a photo of his mom through the fence during the summer and released it through the Care Campaign for the Vulnerable (CCFTV).

The organization claims to have seen 154 “unfair” evictions of care home residents since March 23, which relatives say were down to disputes over visiting but staff from the organization says this number could be the “tip of the iceberg” with “hundreds of families in similar positions afraid to speak out”.

CCFTV founder Jayne Connery said: “Families say some homes don’t facilitate visits, even at a closed window. Some haven’t seen loved ones for six months,” as per the Mirror newspaper.

“Evicting an elderly person from a care home can bring severe decline physically and emotionally.”

Strict rules are in place in care homes in the U.K. and in some states in the U.S. to keep the residents safe.

A care home spokesman for the organization in charge of Agnes’ care home said they were doing everything possible to ensure residents and family members could see each other in person, over the phone and in real life.

I really hope a solution can be found to this and loved ones can spend some quality time together at Christmas.

It can be even more damaging to some people in care homes to not see anyone and think they’ve been abandoned. Let’s hope the awful situation is sorted out soon.