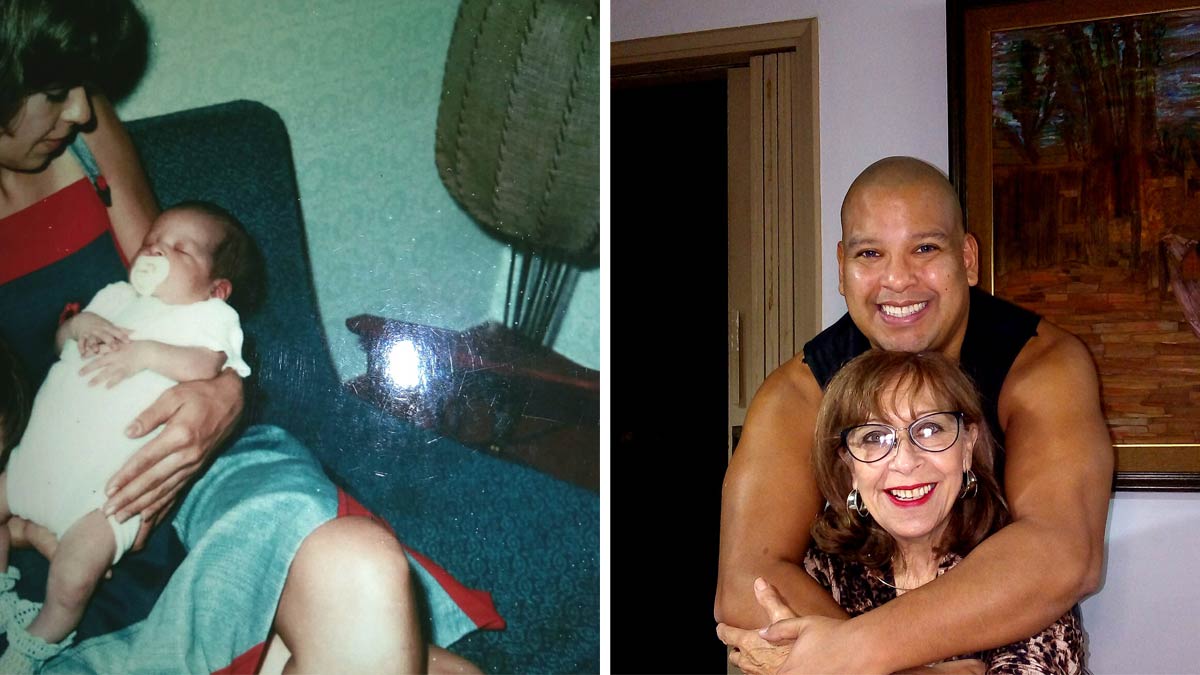 On January 6, 1977, Edith Decoud opened her door to find a baby on her doorstep.

Edith was only 27 years old when she found the newborn wrapped in some blankets and clothes outside her home.

It’s hard to say what any of us would have done in such a situation but for Edith, although initially shocked by the finding, she didn’t hesitate to welcome him into her life, adopting him as her own.

The baby was only 3 days old when Edith found him; she was married, living in Paraguay with a son and opened her world to this defenseless and unwanted newborn calling him David.

She was told by doctors that the baby was only 3 days old and from that day on she began celebrating his birthday on January 3 every year.

David grew up in the Villa Morra neighborhood of Asunción, with his older brother and his parents, surrounded by the love and security he deserved.

But when children started teasing him for being a different color to his parents he started asking questions. At 12 years old his mom told him that she had chosen him at a hospital not wanting to burden him with his true birth story at such a young age.

It wasn’t until he was 24 that he learned the complete truth at a family barbecue but instead of being angry at his parents for not telling him the truth the respect he had for them both only grew.

Today, David is a successful sound engineer who now takes care of his mom after his father died.

“I always tell her (his mother) how much I love her, and how much I appreciate that she has taken a risk for me,” he said, as per Extra.com.

The 44-year-old added: “I am what I am thanks to my father and mother, who were my angels on earth.”

Despite the heartbreaking story of his abandonment David takes every opportunity to show how grateful he is that his parents didn’t hesitate to take him in and call him their own.

This mother and son story is so inspiring, and we hope they can continue to be there for each other as they have always been.