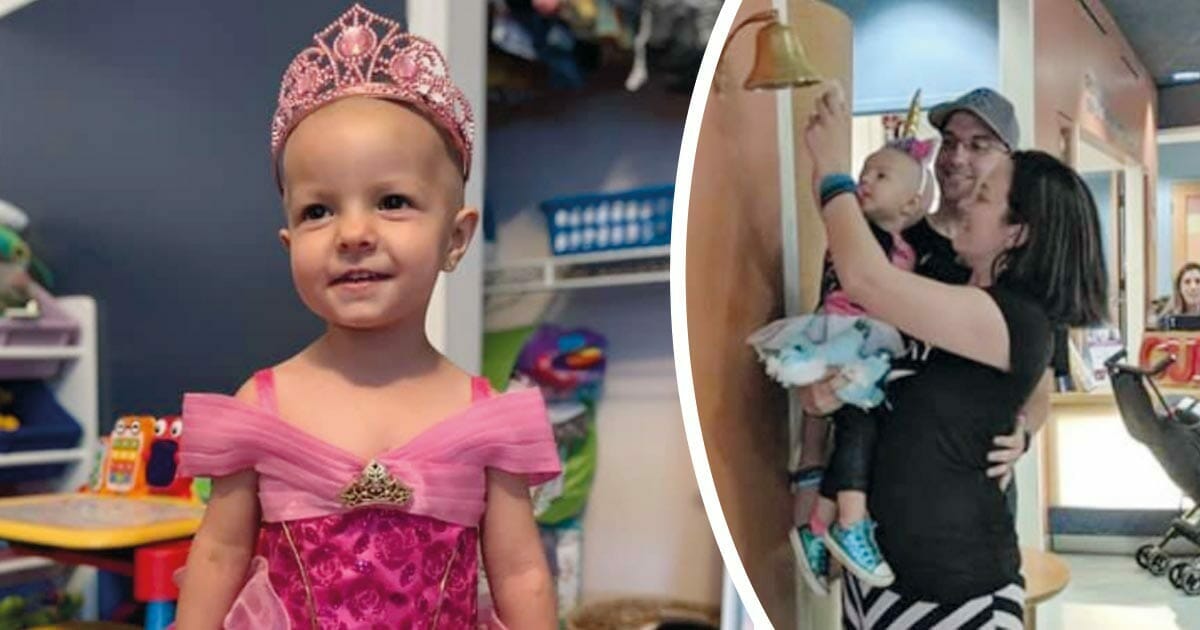 Though we continue to break new ground when it comes to finding a cure for cancer, many forms of the disease still stump doctors and experts alike.

Sadly, none are safe from this scourge. There are things we can do – or not do – to lessen the chance of getting it, but the sad truth is that even innocent children can fall victim.

Of course, even in the midst of despair there is always hope, and stories of cancer survivors who have beaten drastic odds inspire us all. McKenna Shea Xydias is one such survivor.

As per PEOPLE, the 2-year-old managed to defy a rare type of ovarian cancer. Now, her bravery is being praised.

This little princess is getting her port out next Friday! She has been having a great time and enjoying her summer….

McKenna was found to be suffering from an unusual form of ovarian cancer after doctors initially struggled to diagnose her. In the first instance, her paediatrician confused the symptoms, believing them to be related to digestive problems or trapped gas.

“We took her to the doctor. At that point they thought it was gas, so they told us to give her gas drops and let them know if she got any more fevers,” dad Mike told Good Morning America.

When the girl’s health continued to wane, and she exhibited fever-like symptoms, her parents were given medication to calm the fever and rid the gas.

Someone really Really missed her Daddy ?

When the problems persisted, however, doctors decided to run more thorough tests. It was eventually an ultrasound that identified a series of masses inside her body.

It transpired that little McKenna had several tumors, including one in her liver and another in her right ovary. They were malignant and had to be quickly and efficiently removed.

Posted by Fight With Kenni on Monday, 8 April 2019

Doctors removed one ovary and part of her small intestine during surgery, before putting McKenna through four rounds of chemotherapy. Her family established a Facebook page dedicated to their little girl, so that friends and family could follow her battle.

Incredibly, the tremendous work of the doctors paid off. McKenna responded well to the treatment: her cancer disappeared!

So it was that this brave 2-year-old was able to ‘ring the bell’ to symbolize that she’d beaten cancer.

We’re sending all our prayers and well wishes to little McKenna and her family! What an incredibly inspiring girl!

Share this to spread some happiness today, and to pay tribute to McKenna’s indomitable spirit.