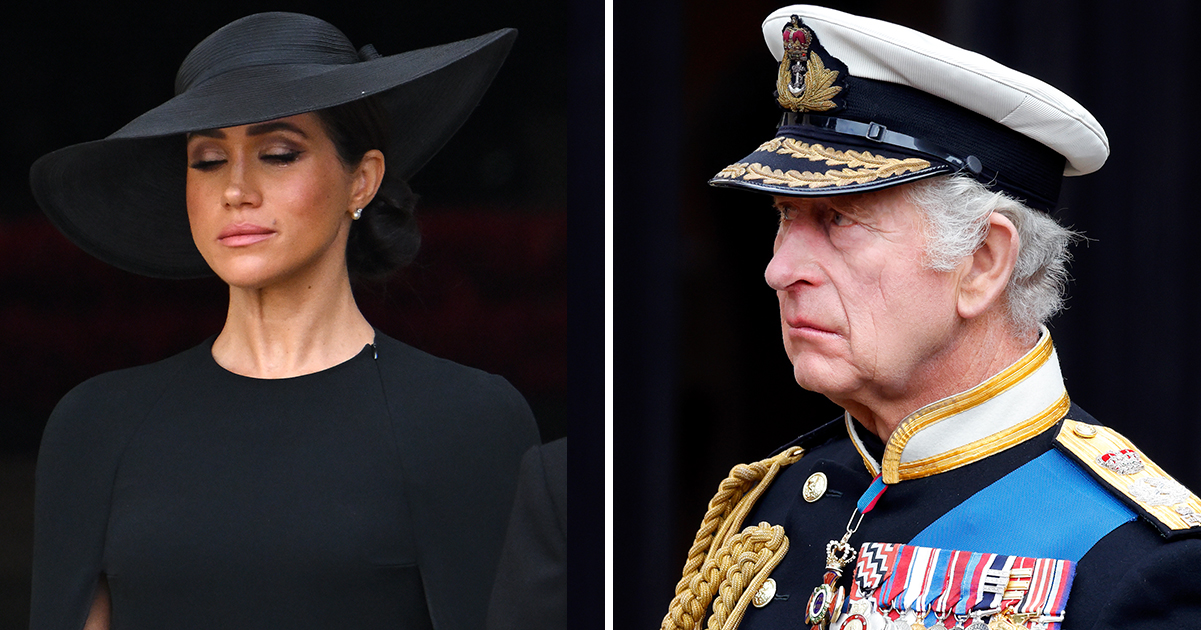 It’s a time for change for virtually all associated with the British Royal Family.

The death of Queen Elizabeth is, naturally, an event of unprecedented proportions, and the ramifications are likely to be felt by even the most minor of royals.

As one can imagine, then, those who count themselves as belonging to the upper echelons of the British monarchy are preparing for a shift not seen for more than 70 years.

For (former) Prince Charles, the death of his mother means his time to sit in the big seat is finally here. For Prince William, meanwhile, the Queen’s passing sees him promoted in the line of succession, as well as become the new Prince of Wales. For his brother Harry, meanwhile, Charles being King could mean a whole raft of changes, and there’s no telling what that might mean for his future within the royal fold.

For Meghan Markle, meanwhile … well, if reports are to be believe she wants to take certain matters into her own hands.

Father Time comes for queen and pauper alike. Last week marked the end to a glittering reign that began all the way back in February, 1952.

The word first broke regarding the Queen’s death on Thursday, the week before last. Worrying reports had emerged during the day suggesting that she was in ill health, then the serious nature of the rumors was confirmed when royals from all over the UK and beyond began to make their way to the monarch’s Balmoral home.

That includes the other members of the Royal Family, forced to stand under scrutiny for the entirety of the ceremony.

The emotions were certainly on show within the Queen’s inner circle. To be expected, of course, given the magnitude of the loss with which they’re dealing.

Yet the show, as they say, must go on.

The Queen’s death marks the end of an era, it’s true, but it also heralds the dawn of a new one. If rumors are to be believed, King Charles has already signaled his intent to scale-back the monarchy in a bid to cut costs.

Of course, Harry and Meghan Markle have little to fear on that front given that they’ve already officially stepped back from royal duties, but that doesn’t mean the book is closed on their interactions with the Royal Family as an institution.

No, according to royal commentator Neil Sean, Meghan is seeking to extend something of an olive branch by reaching out in an attempt to secure a meeting with King Charles before she leaves the country to return to the US.

Sean went further by suggesting that Markle had sent a letter to King Charles himself, adding:

“It’s a very brave move from Meghan herself. It would be an opportunity to clear the air, pull the rights from wrongs and explain some of the rationale behind what they’ve been doing over the last two years.”

Of course, whether or not Charles accepts or even entertains the peace offering remains to be seen. He of all people was said to have been left infuriated with Harry and Meghan’s infamous tell-all interview with Oprah Winfrey, and though the Queen was more sympathetic to the situation, it’s natural to assume Harry’s father yet harbors anger.

“Truthfully, we have no idea if this is going to go forward,” Sean said.

In any case, we hope that Harry and Meghan can repair some of the bridges burned with regards to the Royal Family.

What do you think is going to happen moving forward? Will Harry return to the royal fold in some manner?

Please, let us know your thoughts in the comments and share this article on Facebook if you enjoy reading about the British Royal Family.