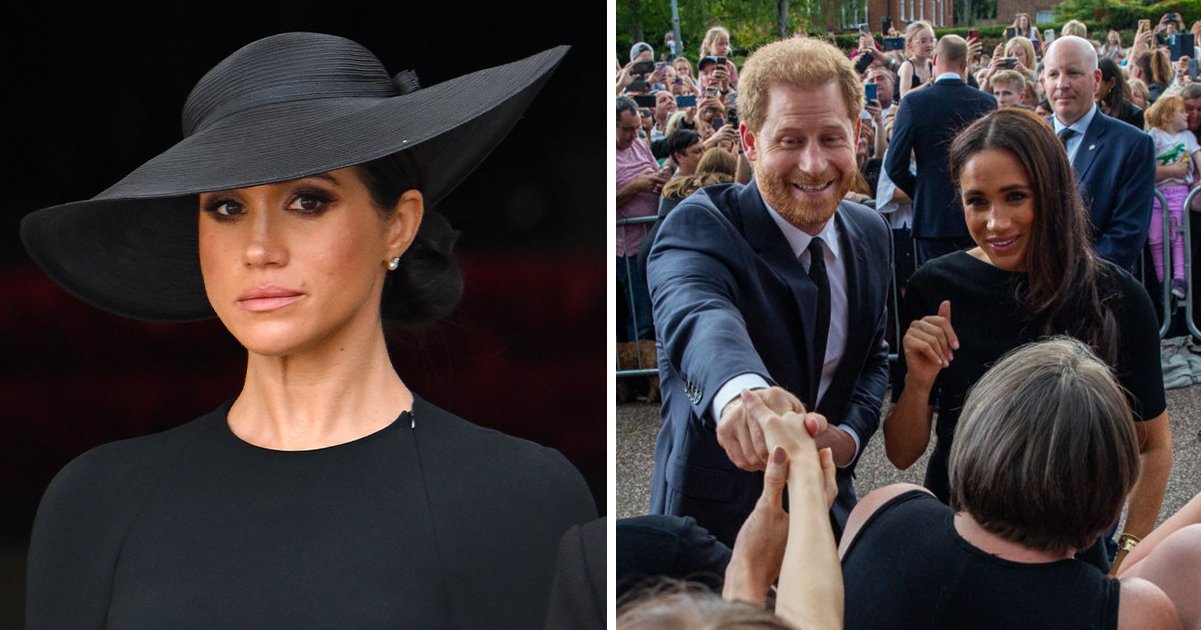 It’s fair to say there still remains a deal of controversy relating to Meghan Markle and the British Royal Family.

When Prince Harry and Meghan first began dating back in 2016, there was genuine hope that the couple – along with Prince William and Kate Middleton – could become the modern-day face of the monarchy.

And yet time has proven such expectations to be more than just a fair bit off the mark. No, Harry and Meghan’s adventure as a royal couple bore cracks from early on, and eventually those cracks opened into fissures simply too wide and large to be plastered over.

Harry and Meghan first stepped back from their royal duties and then left the UK altogether in favor of the US. By all accounts they’ve settled down nicely there, but the question of Harry’s relationship with his family still casts something of a shadow.

After all, feathers were ruffled by Harry and Meghan’s tell-all interview with Oprah Winfrey last year, and though Harry has been on English shores since then, the situation remains icy at best.

As a result, it’s only natural that eyes have been on Harry and Meghan in the wake of Queen Elizabeth’s death. New reports in The Times newspaper attempt to paint Meghan in a rather negative light, suggesting that she persistently phoned one staff member from the royal household “every 10 minutes” while she and Harry were out for dinner.

Hold onto your hats, ladies and gents, as we take a deep dive into the latest rumors regarding the Royal Family …

Indeed, it isn’t just the Royal Family who have mourned Queen Elizabeth over the past two weeks. No, rather millions feel her loss …

Word first broke regarding the Queen’s death on Thursday, the week before last. Worrying reports had emerged during the day suggesting that she was in ill health, then the serious nature of the rumors was confirmed when royals from all over the UK and beyond began to make their way to the monarch’s Balmoral home.

In a statement on Thursday, September 8, Buckingham Palace said:

Two people who found themselves under immense scrutiny – and indeed have for the past couple of years – are Harry and Meghan Markle.

Suffice it to say that the pair have strained relationships with the rest of the Royal Family – not at all helped by the tell-all interview they did with Oprah Winfrey, during which they made claims of racism toward their then-unborn son, Archie, and Meghan went as far as to say that she had harbored suicidal thoughts during her time in England.

Harry has been back on UK shores since then – he was present last year for the funeral of his grandfather, Prince Philip, as well as for the unveiling of a statue to commemorate his late mother, Princess Diana – but his once-strong bond with Prince William remains damaged, if reports are to be believed.

There had been hopes that Harry’s time in the UK could be used to rebuild any bridges burned between he and his close family members, but only time will tell if that is indeed the case.

Diana’s sons presented a unified front when they met members of the public at Windsor Castle to receive flowers in honor of their grandmother. What’s more, they stood shoulder-to-shoulder several times during the Queen’s funeral as they marched behind her coffin.

Other reports, meanwhile, go as far as to suggest that Harry may have extended an olive-branch to his family in a bid to repair the bridges burned. That the Duke of Sussex will talk with his father and brother while in the UK should be taken as a given, though the fruits of any such discussions will likely not become public knowledge for a while yet.

As a matter of fact, King Charles is said to be in favor of trimming the monarchy down, and one of the royals who could find themselves even further out in the cold if he does is Harry.

In any case, don’t expect Harry and Meghan to be disappearing from the newspaper headlines anytime soon.

Indeed, the Times have been quick to report on an incident that occurred one Friday night when Harry and Meghan were out for dinner.

According to the paper, Meghan persistently called one staff member from the royal household “every 10 minutes”, as she felt let down about an issue that was causing her concern.

The story comes from Valentine Low, author of Courtiers: The Hidden Power Behind the Crown, who allegedly spoke to members of the household regarding Harry and Meghan’s relationship with their staff.

An extract from the book, published in The Times, quotes one worker as saying: “Every 10 minutes I had to go outside to be screamed at by her [Meghan] and Harry.”

They added: “It was ‘I can’t believe you’ve done this. You’ve let me down. What were you thinking?'”

I don’t know about you, but I sincerely hope Harry and Meghan can return to the royal fold in some capacity. In Harry’s case, I’m sure it’s what his mother, the late Princess Diana, would have wanted.