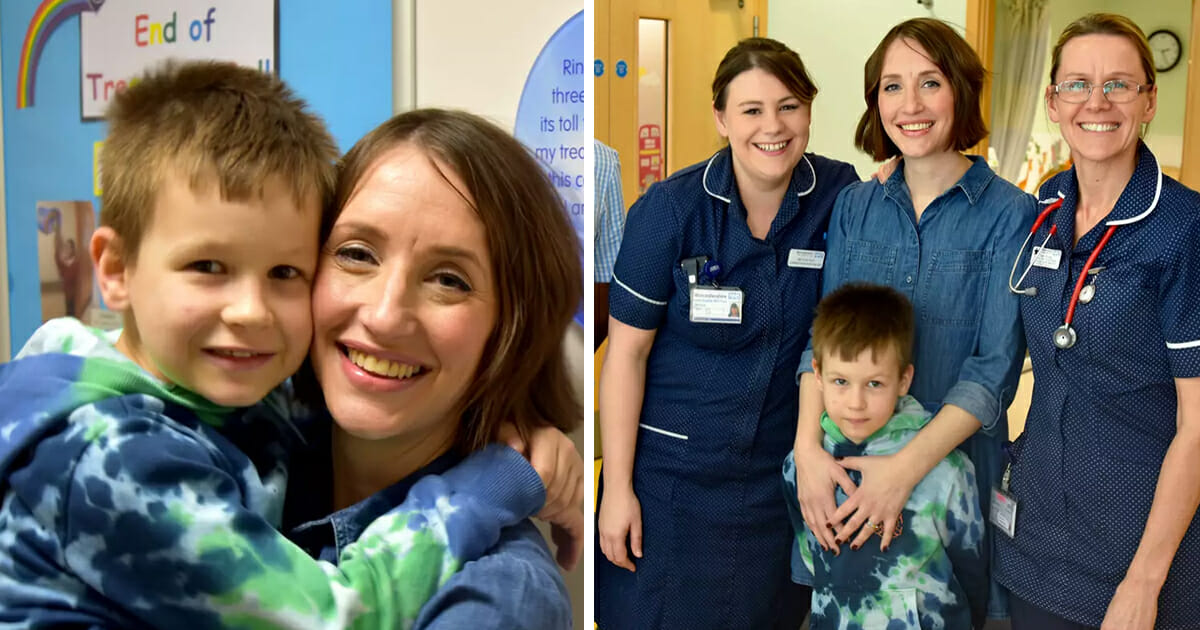 Cancer is a truly terrible disease, and one that exacts a heavy toll indeed on its victims and their families.

Which is why we should empower, celebrate and support all those brave souls locked in a battle with this most unscrupulous of illnesses.

A mom and son who were both diagnosed with cancer four years ago have been given the all clear.

As per reports, Vici Rigby was told she had stage four colorectal cancer in autumn of 2016. Then, just four months later, tragedy struck again when her son George was diagnosed with acute lymphoblastic leukaemia.

In fantastic news, however, both mother and son have been given the all clear after four years of surgery, radiotherapy and chemotherapy.

“When I was diagnosed it was just shock and my first thought was about the boys,” Vici explained.

“I just assumed the outcome would be bad, considering the seriousness of the diagnosis.

“When George was diagnosed, it’s hard to put into words really, the rug was pulled from underneath us again but this time it was our four-year-old boy.

“There’s no way to really rationalise it in your mind. I guess on one hand we were just shell shocked again but on the other hand, we were so used to talking about and living through cancer that it almost felt like this is what we did.

“I remember thinking we now had to hope for two miracles, for us both to get better.

“Quite early on, George’s prognosis was very good so even though it was the most difficult period of time to get through, we always had a lot of hope and reassurance that he would recover.”

Eight-year-old George underwent three-and-a-half years of treatment at Worcestershire Royal Hospital in England. He was recently able to ring the bell signalling the end of his fight, this mere months after Vici herself had been told her cancer was gone.

Children’s nurse oncology specialist Dawn Forbes said: “It’s been an absolute pleasure to care for George and his family over the last three and a half years.

“It’s a testament to the service and care we provide, and the fantastic relationship we all have with George and his family, that they have chosen to continue receiving his treatment here in Worcestershire considering they moved to Wales last summer.”

Thank God Vici and George were able to pull through – we can’t praise the medical team enough.

Share this article to pay tribute to this mother and son duo, and to show everyone you’re standing up in the continued fight against cancer.