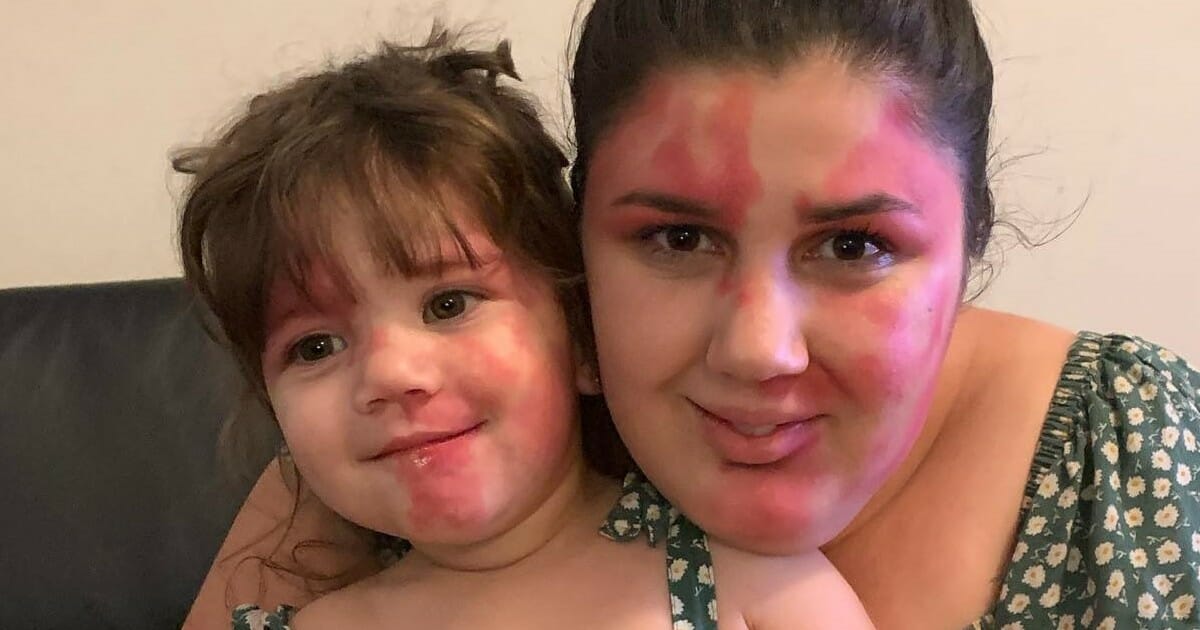 When Angelica was born, she was absolutely beautiful. She had a cute button nose, gorgeous eyes, and a heart-shaped port wine stain on her face.

Her mom, Marianna Bowering, said that while many of her friends and family are accepting of Angelica’s birthmark, there are still some people who feel it necessary to comment on her daughter’s appearance.

“The worst comment online that I’ve gotten is when someone asked if her face had been pushed onto a skillet. Basically, saying her face looked grilled,” Bowering told the Mirror in February.

Despite the rude comments, Bowering is doing everything in her power to make sure Angelica grows up knowing that she’s beautiful just the way she is.

Recently, the 27-year-old mother decided to use makeup and paint a copy of 2-year-old daughter’s birthmark on her own face.

“I got the idea from vascular birthmark awareness day, where they encourage people to paint a heart on the cheeks,” Bowering said, according to The Epoch Times. “Initially I just did the heart with my makeup look but then I thought why don’t I go all out and do Angelica’s port wine stain.”

“I wanted to be just as beautiful as her.”

From the beginning, neither Bowering nor her husband believed their daughter’s birthmark was something they nor she should be ashamed of. So, they actively work to make sure they know it’s something that should be celebrated.

Prior to the matching “birthmark,” Bowering dressed up Angelica’s port wine stain with glitter to “make it shine.”

Children with port wine stains on their faces are at risk for developing other health conditions, but Bowering told TODAY that Angelica is healthy.

“Thankfully, we’ve done tests and Angelica is totally healthy,” Bowering said. “We just need to have regular check-ups, especially for her eyes as glaucoma can be a concern.”

Angelica, you’re absolutely beautiful. Don’t let anyone ever tell you anything different. Marianna, thank you for being an amazing mama and continuously showing your daughter there’s nothing wrong with her birthmark.