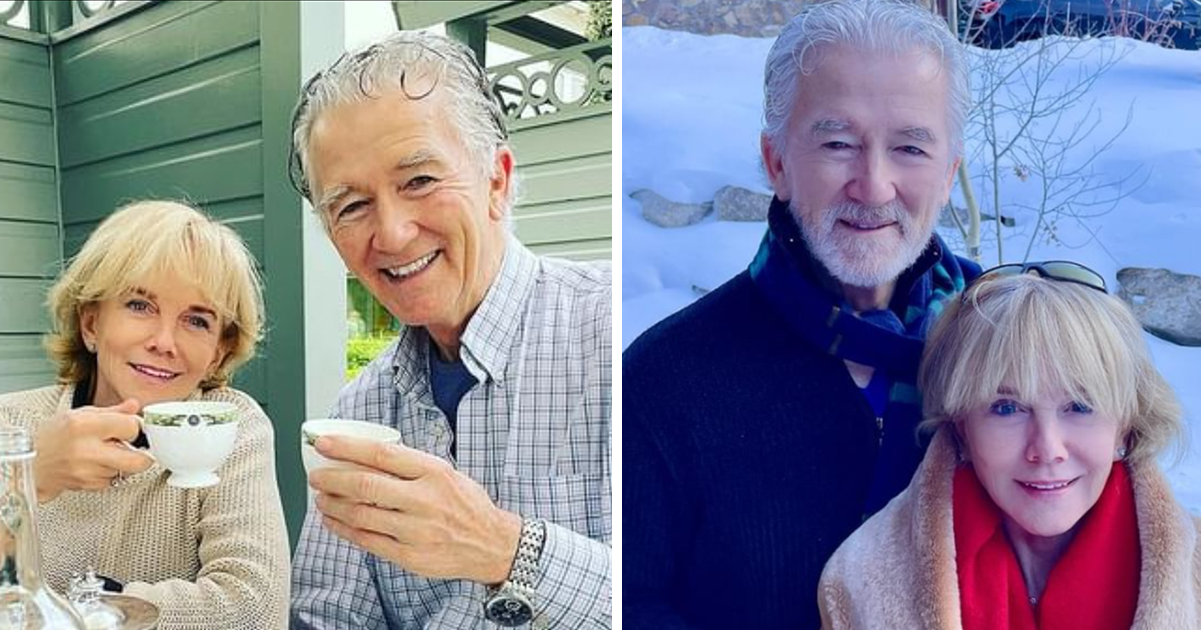 Falling in love with someone is a funny thing indeed.

For some people, meeting the one can occur as early as their school days. Others live most of there lives, perhaps having multiple partners, before they discover the person they’re meant to be with. Others still, unfortunately, never meet that special someone they really connect with.

The roads that brought Dallas star Patrick Duffy, 73, and Happy Days actor Linda Purl, 67, together were different indeed, but despite everything, the couple are now thriving …

Both Patrick Duffy and Linda Purl had worked for decades in Hollywood, creating successful careers and high-profile brands, before ever crossing paths with one another.

In Duffy’s case, he enjoyed a long and prosperous marriage with Carolyn Rosser, while Purl was married to four different partners before fate brought her to Patrick’s door.

Patrick Duffy, meanwhile, was in a long-standing, loving marriage with Carolyn Rosser for 43 years. Sadly, Rosser passed away at the age of 77 in 2017 – the couple shared two sons.

Despite having both worked in the movie industry for countless years, Duffy and Purl had never met. That changed when they were both in attendance at the same Los Angeles event in 2019. A mutual friend introduced them, and at first it seemed as though a new friendship was to bloom.

The three of them – Duffy, Purl, and their mutual friend – started a group chat, but eventually the mutual friend dropped out of the group, leaving Duffy and Purl to get to know each other privately.

Low and behold, it didn’t take long for the pair to realize they had a connection that went deeper than merely that of two strangers sharing niceties with one another.

Before long, Duffy and Purl found themselves FaceTiming each other every Wednesday – Duffy was in Canada at the time, while Purl was fulfilling her obligations in a play in New York.

Coincidentally, the remote nature of their contact meant that their progress wasn’t at all disrupted by the COVID-19 pandemic. Duffy kept himself in isolation on his ranch, while Purl spent much of the pandemic in Colorado. Even so, they continued to call each other, holding regular Zoom calls.

Through said calls, their relationship blossomed into something more profound. Duffy hadn’t expected to find love again after Rosser’s death, but in Purl he had stumbled upon a woman he could open up to.

In the end, Duffy had enough of the COVID-enforced waiting, and so drove 23-hours non-stop just to be with Purl.

“Patrick heroically got in his car and drove from Oregon to Colorado,” Purl said. “We were both nervous as teenagers, but we’ve been together since.”

The couple admitted they spent three weeks getting to know each other before an unusual first date … and their first kiss.

“We listened to music together and covered all that ground you normally cover over months of dating,” Duffy said of the often hours-long Zoom calls the pair engaged in.

Today, they’ve been together for over three years.

“I’m as happy now as I was in the first year of being with my wife,” Duffy explained.

The couple are said to do everything together, including exercising and cooking. Duffy described them as “very compatible”.

For me, their relationship – born in the midst of heartbreak and loneliness – is proof that love will find a way. I’m just so happy these two have found solace and comfort in the arms of one another.

What a fantastic love story. It makes my heart happy to know that romances like this one can bear fruit, no matter the age or stage of life.