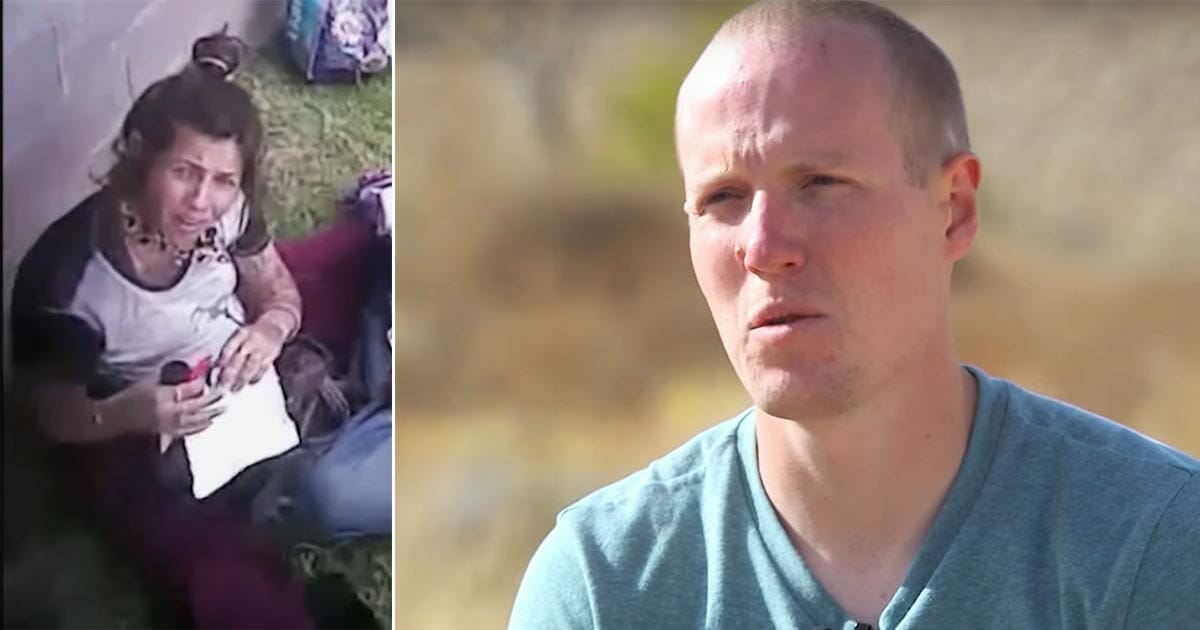 Opinions on whether fate actually exists are rather divided.

And before reading this story about a policeman named Ryan and a homeless woman named Crystal, I wasn’t a huge believer. But all that changed by the time I got to the last sentence.

Bryan discovered Crystal sitting alone and begging on the street. But there was one detail about her that really grabbed his attention — a detail that would lead him to make a life changing decision.

Some months ago, police officer Ryan Holets was out on his usual job.

He came across a homeless woman sitting down with a man behind a supermarket and injecting herself with drugs.

Ryan realized that he need to act quickly — he jumped out of his police car and walked up to them. But as he got closer, he caught sight of something that was even more difficult to see.

The homeless woman, Crystal, was pregnant.

Ryan told Crystal that she would kill her child by exposing her baby to such harmful substances while pregnant.

Crystal broke down and began to cry. She had been homeless for two years and had problems with drugs since her teens. She’d repeatedly tried to overcome her addiction, but had not succeeded. Ryan had some time and decided to sit with Crystal and her companion for a while. She began to tell him her life story, one ridden with drug abuse and homelessness. Finally, she mentioned that she knew that she needed someone to adopt her child, realizing she was unfit to handle raising a child in the state she was in.

That’s when fate jumped in — as Ryan came to a realization that would change everything. Ryan felt sadness and sympathy for Crystal. Due to his job, it was common that he encountered similar situations throughout the weeks, and he’d always accepted that it was just a part of the job and there was little he could do about it. But not this time.

Without hesitation, and without even first discussing it with his wife, he told Crystal: “I can adopt your child”. He knew that he could help give the child a loving and safe home where it could grow up and have a bright future. Crystal was stunned but grateful for his proposition. Ryan went home to talk to his wife Rebecca.

Although the couple already had four children of their own, Rebecca agreed to adopt Crystal’s unborn child — and three weeks later they met at the hospital.

They decided to call the baby, a little girl, Hope.

Hope was indeed born suffering from a drug withdrawal syndrome due to his mom Crystal’s addiction, but after a short treatment her condition was fully under control and Ryan and Rebecca now have five beloved children in their home.

Ryan told CNN that when she was old enough, he would tell Hope her life story. In the future, the wish is that Crystal will also be part of Hope’s life.

We need more people like Ryan and his wife in this world, Crystal tells CNN.

What an incredibly beautiful end to such a fascinating story. I hope Crystal, Hope, Ryan and Rebecca will be able to share many great moments together in the future.
Share this amazing story if you agree that Ryan’s decision is admirable.