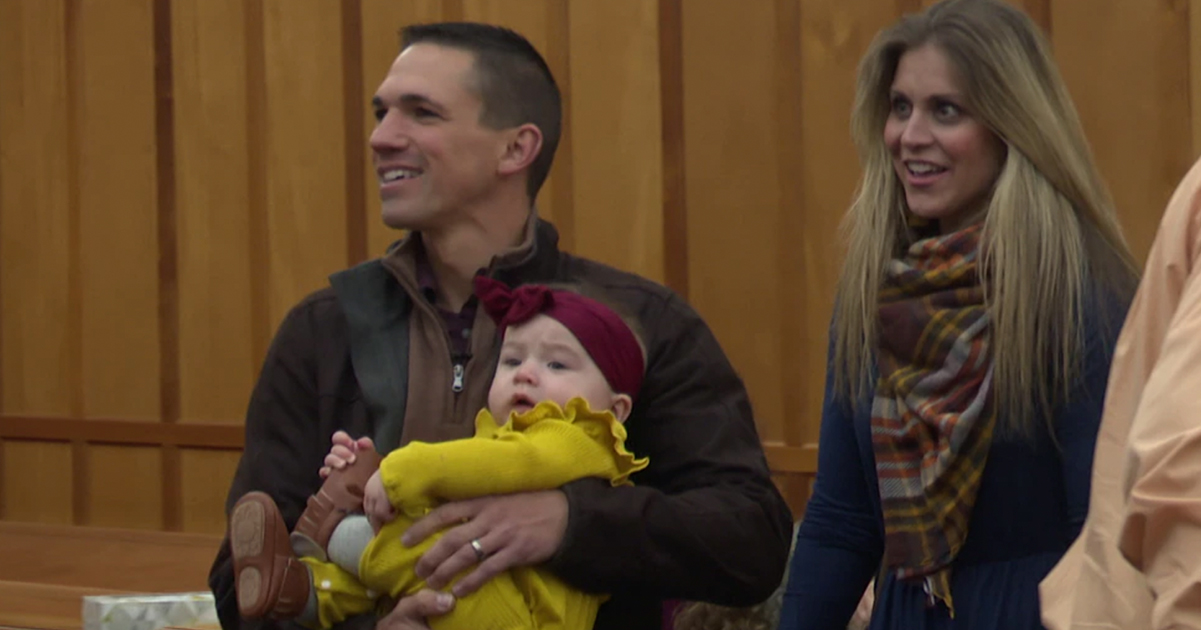 To adopt a baby truly is one of the most selfless things someone can do.

Many of us grow up in kind and caring homes, with a family that adores us and provides us with all the security and love that we need. Sadly, there are so many who aren’t afforded those same basic, yet vitally important, components.

Put simply, all over the US, tens of thousands of children live in foster homes, never knowing if they’ll ever make it to their forever family. Through no fault of their own, they’re forced to grow up in an environment that no child should ever be subjected to.

One little girl, however, will never have to worry about that, having been adopted by a police officer after being placed in a Safe Haven Baby Box.

According to reports, police officer Bruce Faltynski, with the Mishawaka PD in Indiana, and his wife, Shelby, made the decision to adopt earlier this year.

They took in their 8-year-old daughter Kaia in March, but clearly felt like something was yet missing in their search to make their family whole.

Last Friday, that missing piece was officially added to their puzzle as they finalized the adoption of baby Myah, who had been surrendered at a Safe Haven Baby Box by her mother earlier this year.

“We are so grateful for Myah’s birth mother; she made a really courageous decision,” Bruce said.

According to reports, Myah had initially been admitted to hospital after being found in the safety box. Doctors determined she had a stroke, but Bruce confirmed that the young girl has been well since then and is meeting all of her milestones.

As per the SHBB website, a Baby Box is “a safety device provided for under state’s Safe Haven Law and legally permits a mother in crisis to safely, securely, and anonymously surrender if they are unable to care for their newborn.

“A Baby Box is installed in an exterior wall of a designated fire station or hospital. It has an exterior door that automatically locks upon placement of a newborn inside the Baby Box, and an interior door which allows a medical staff member to secure the surrendered newborn from inside the designated building.”

I don’t know how you feel about the idea of having Baby Boxes, but non can say that in this particular instance, they haven’t played their part in something truly special.

Please, share this article if you’re happy for Bruce and his wife, and if you want to wish little Myah a wonderful life.