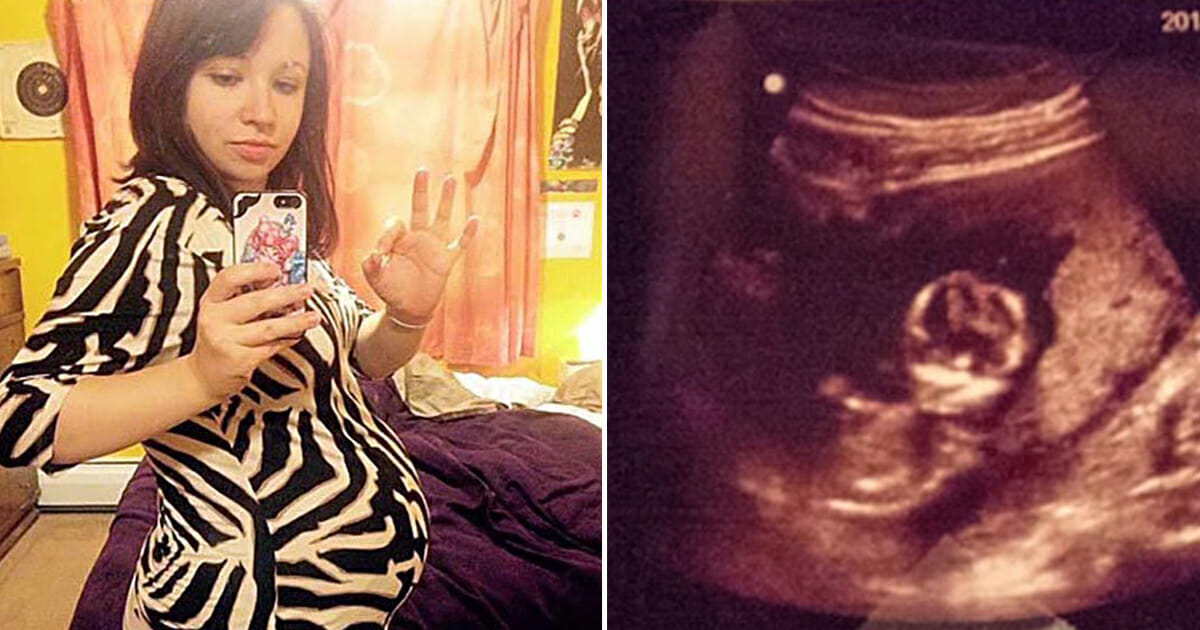 Kaleen Pysher’s story begins similar to many others in her situation.

At the age of 18, she got close with a boy in high school and was swept off in a wave of love. Before she knew it, Kaleena was pregnant prior to even leaving school.

Given her tender years, Kaleena thought it was best to put her unborn child up for adoption.

So far, none of her tale is out of the ordinary, right? Well, there’s one detail in her story that’s made Kaleena famous the world over.

Before 18-year-old Kaleena discovered she was pregnant, she’d planned to go to college and become a dental hygienist. She’d even received a scholarship.

This was partly the reason why she made the decision to put her baby up for adoption.

“The whole of your life has to be put on hold, because you have to give your whole life to another life,” she says.

Kaleena didn’t want her parents to support her financially, and didn’t want to raise her child on government aid. She had seen firsthand what having a baby whilst young could mean: Her older sister had fallen pregnant at the age of 14 and struggled immensely to cope.

Instead, Kaleena decided that adoption would give her baby the best chance at having a happy life in a loving family.

Whilst searching, she fell upon family friends who had babysat her when she was a child herself. They wanted to adopt her daughter and she instantly recognized them as the ideal choice.

Of course, at this stage Kaleena’s decision wasn’t too irregular. I mean, sure, it’s not exactly common, but it’s not altogether unheard of either. It didn’t stop there, however. No, the adoption was only the beginning.

In the immediate aftermath of the delivery, Kaleena was able to hold her baby daughter at her breast as she waited for the adoptive couple to arrive at the hospital.

The instantaneous feeling of attachment is one that she says she won’t forget for the rest of her life.

Then, with the adoptive couple present, Kaleena handed her daughter over. She could see their joy as they accepted the newborn into their family.

For Kaleena, that in itself was enough to let her know she’d done the right thing. She was now ready to begin healing herself, body and soul.

Days later, Kaleena was able to see her daughter again. This time, however, she’d prepared a small gift for the baby and her parents: She’d produced breast milk for the baby to consume.

It was Kaleena’s aim to produce enough milk to make sure her daughter never went without. After all, a mother’s milk can be one of the best things a baby can have in its first few days of life.

For their part, the adoptive parents were grateful for the gesture.

The amount of breast milk Kaleena had managed to produce was enough to sustain her daughter for several months.

For her, giving breast milk was the only way she could contribute to her child’s upbringing without interfering in the bonding process between the girl and her adoptive parents.

Though it was a tough ask for her to give away her child in the first instance, Kaleena still wanted to help where she could.

As of today, Kaleena and the adoptive parents plan to maintain regular contact.

This means birthday visits, Christmas cards, video and voice calls, and more. As for Kaleena’s wonderful gesture, she’s decided to donate the rest of her breast milk to breast milk banks, thereby helping other children in need.

Hats off to you, Kaleena Pysher. What an exceptionally thoughtful, generous and loving person you are!

A remarkably loving person indeed! Please share to pay tribute to her!