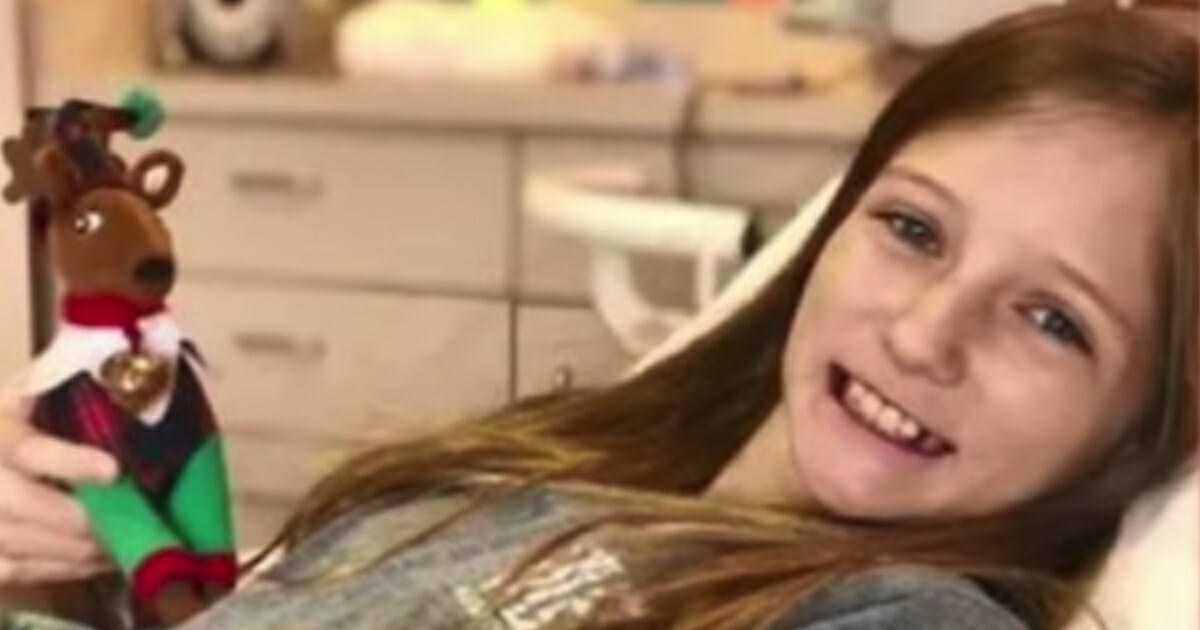 Though a cancer diagnosis can strike like a knife to the heart, advances in modern medicine and treatments mean that many patients are now outliving their doctors‘ initial prognosis.

Of course, cancer remains a deadly disease we must continue to fight bitterly against, but the future looks bright as we seek a cure.

That can be put down to the incredible efforts of those who raise money for new research, as well as the medical professionals who help victims during their darkest hours.

Even doctors, however, have been reportedly left stumped by what’s happened to an 11-year-old girl from Hays County, Texas.

As per KENS, Roxli Doss was diagnosed with a diffuse intrinsic pontine glioma in June of this year.

That’s a brain tumor, for those who don’t know, and it’s a bad one. To put it bluntly, her doctors didn’t have high hopes of Roxli living long.

Sadly, that might even be underplaying how bad the disease is.

In a 2012 paper titled “Frontiers in Oncology“, Katherine E. Warren said: “Diffuse intrinsic pontine gliomas (DIPGs) are amongst the most challenging tumors to treat.

“Surgery is not an option, the effects of radiation therapy are temporary, and no chemotherapeutic agent has demonstrated significant efficacy. … The median survival for children with DIPG is less than 1 year from diagnosis, and no improvement in survival has been realized in more than three decades.”

From Gena♥️Look who had brain surgery like a Rox Star!!!! Keep praying for healing ! Praise Jesus for His hand in our little girls life. She is such a gift to us all.

As one can imagine, then, it left little Roxli’s future looking somewhat bleak. Nevertheless, her community rallied around her. They threw a fundraiser in her name, whilst she bravely underwent three weeks of radiation therapy.

Her parents, meanwhile, were reduced to doing what little they could. They supported Roxli ardently, and fell to their knees in prayer.

Then, as if by a miracle, Roxli began to get better.

You read that right. The most recent set of MRI scans show no signs of a tumor at all.

“When I first saw Roxli’s MRI scan, it was actually unbelievable,” Harrod said. “The tumor is undetectable on the MRI scan, which is really unusual.”

According to the Daily Mail, there has never been a case like Roxli’s before. She will now undergo follow-up treatments to stop the aggressive cancer returning, with doctors having decided upon immunotherapy treatment.

“Every day we still say it. It’s kind of our family thing that God healed Roxli,” mom Gena told KVUE.

“We didn’t know how long she would be healthy and, look at her, she’s just doing awesome,” dad Scott added.

Sometimes miracles can occur when you least expect them! We’re so happy Roxli will be healthy and safe for Christmas.

If you support the fight against cancer, share this article to show it!